With New York Democrats like Gillibrand doing Wall Street's bidding, Republicans can ease up on their rhetoric 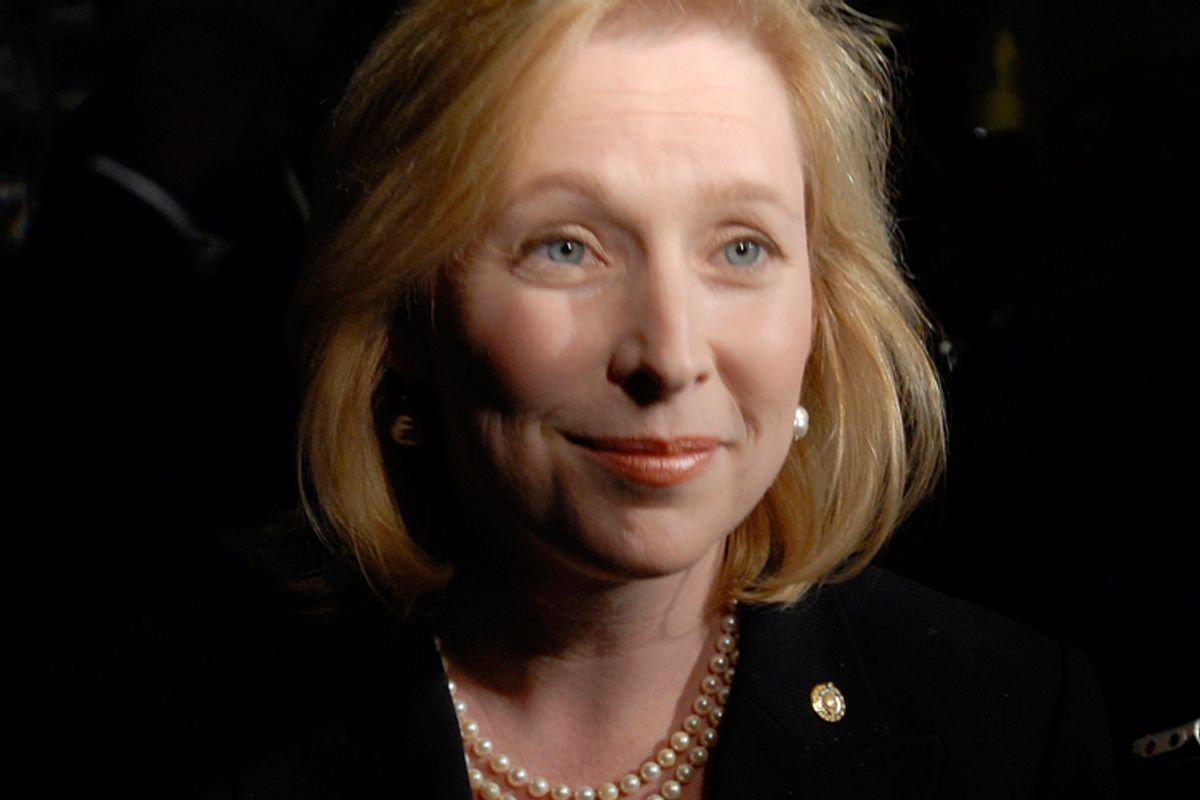 And suddenly, there was peace, love and bipartisan comity in Washington. Such appears to be the message of the day on bank reform. The Financial Times: "Republican opposition to finance bill softens." Bloomberg: "Republicans signal thaw over financial-rules bill." The ranking Republican on the Senate Banking Committee, Richard Shelby, announces: "I believe we're going to get us a bipartisan bill." McConnell declares: "We are all optimistic that this can be fixed." Democrat Chris Dodd acknowledges: "We're working at it."

The GOP softening and thawing? Is the apocalypse nigh? Or could it be that Republicans are wising up to the fact that filibustering a bank reform bill might not play well to the American public at this particular juncture in history?

Certainly, that's what Democrats are claiming. But a more likely truth is that the GOP is making progress doing exactly what has been its goal all along: further weakening an already-weak bill. Shelby says it's "down to words and phrases now," reports the Wall Street Journal. Let's take a closer look at exactly what he might mean.

The big action on Wednesday is the Senate Agricultural Committee debate over Blanche Lincoln's proposed derivatives regulation bill. Lincoln shocked Wall Street by putting in language that would require the big banks to divest themselves of their highly lucrative derivatives trading operations. Judging by the way some Democrats are talking about that provision, the likelihood that it will make it into the final bill is nil.

[Senator Kirsten] Gillibrand filed an amendment that would eliminate one of the most controversial elements of the bill -- a proposal to ban banks with federal deposit insurance from also trading derivatives known as swaps, meaning the potential loss of billions of dollars in revenue for large financial firms.

Gillibrand has proposed replacing the ban with a requirement that regulators study the issue.

Just last week New York Sen. Chuck Schumer was getting blasted in the New York Post for "failing to defend the financial industry against Democrats' attacks." But maybe he felt that he didn't need to so obviously exert himself anymore, since his protégé, Gillibrand, appears perfectly willing to take on the odious labor of carrying water for Wall Street.

And she's not alone. The Financial Times reports that Virginia Democrat Mark Warner is also opposed to a "ban" on deposit-taking banks engaging in proprietary trading.

Warner signaled his opposition to the current text that orders regulators to break up a bank with a prop trading arm. "I would be happy to see perhaps a 'shall' switch to a 'may'," he said.

Words and phrases. Gillibrand would prefer to replace "ban" with "study." Warner advocates "may" instead of "shall." With Democrats like these, who needs Republicans?