Nostalgia overload: How sweet it wasn't

From misty memories of commuter happy hours to rotary dial apps: Why are we addicted to romanticizing the past? 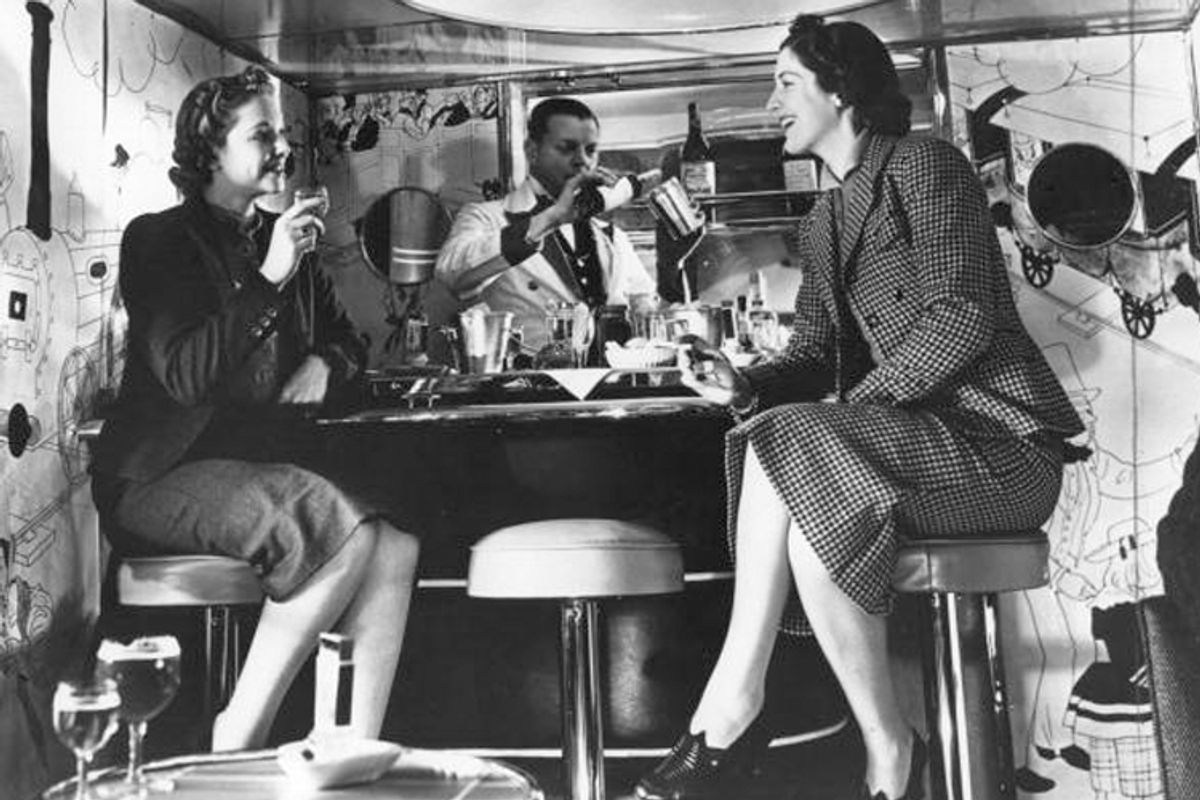 The side effect of progress is nostalgia. No sooner does something become obsolete than the pining for it commences. Take, for example, that beloved commuter institution that may soon be going the way of smoking sections and Jennifer Lopez's career -- the bar car. According to Wednesday's New York Times, the Metro North Railroad's Connecticut line, inspiration for generations of Cheeveresque ennui, is about to replace its '70s-era stable of trains with a whole new fleet. And as Connecticut’s commissioner of transportation, Joseph F. Marie, told the Times, the rolling happy hour may not be along for the ride. Bar cars are "being contemplated," he says, "but we have not made any final decisions." Sounds like a cue for one of the Times' elegiac you're-not-dead-yet-but-here's-your-obit-anyway stories! Sure enough, that's what writer Michael M. Grynbaum delivers: misty watercolored quotes from wine-sipping travelers who lament, "This is a civility of days gone past. I would miss them very much."

Trust me, if the Metro North bar car ever resembled the Orient Express, it wasn't in my lifetime. I'm as eager to get a drink in my hand as the next lady, especially if I'm heading to Connecticut, but there's absolutely nothing glamorous or romantic about having schnapps in a dingy rail car on the way to Darien.

There is, however, something about the mere possibility of something disappearing that creates an impulse to hang on to it. And the more breathtakingly fast culture becomes, the stronger the pull of the retro. How else can we explain the existence of "Hot Tub Time Machine"? Why else is there an "Easy-Bake Oven Gourmet"? And why, in a virtually paperless society, is there a red Swingline stapler on your desk?

I have a friend who has a career in high tech. He has the rotary dialer and Nixie clock apps on his iPhone. My own current favorite app is Hipstamatic, a filter that makes my photos look like they were shot with a shitty old camera. And I'm a heartbeat away from buying That's My Jam, an app that transforms the iPhone into a reasonable facsimile of a cassette player.

So I can understand why laptop covers that look like old books are proliferating as fast as real books are disappearing, or why music videos that invoke "The Blues Brothers" or "Vogue" are so eagerly embraced. And I can see why "old school" is a high form of praise -- because it represents something authentic, something that may have had creaks and flaws and required a little more work, but had a specialness to it.

If those endearing quirks were truly so great, however, they wouldn't have been improved upon. Film was expensive and so was developing it. Cassettes were squeaky and easily broken and had to be rewound and fast-forwarded through. The Easy-Bake oven runs on a frickin' light bulb. And don't even get me started on life before voice mail. The point of nostalgia isn't  about what the thing really was, though -- it's what it represents -- even to those who weren't there the first time around.

Our tender embrace of the past is clouded by the convenience we take for granted today. I like the Pavlovian hit of happiness that I get from the sight of a grainy photograph or a cassette -- the way they conjure up mix tapes and old lovers, the way they remind me of sandy boomboxes on the beach. And there's something about the effort those things required that recalls how much more significant and personal the gesture of doing things used to be, whether it was dialing a phone or getting home on a train. But I don't really want to wait a week to get my pictures from Fotomat, any more than I want to play a cassette on a Walkman.

Likewise, when that Connecticut commuter mourns "days gone past," he's probably not really that cooked up over an era when he couldn't text the missus from the train. He probably wouldn't want to ride in a train that reeked of Camels. And he might prefer that the auto waiting for him at the station had GPS in the front and a DVD player for the kids in the back. He may, however, long for a few minutes of his day where everybody isn't tuned out on their headsets, or yapping loudly on their cellphones, or finishing a PowerPoint presentation on their laptops. He may just wish for a train ride home that offered the possibility of a friendly conversation with a stranger, where everybody isn't playing distractedly with apps that recall a time when they couldn't sit on a train, playing distractedly with their apps.