You don't know Orwellian until you know Frank Luntz

The guy who told the GOP to brand financial reform a "bailout"? Every word he speaks seems to be a lie 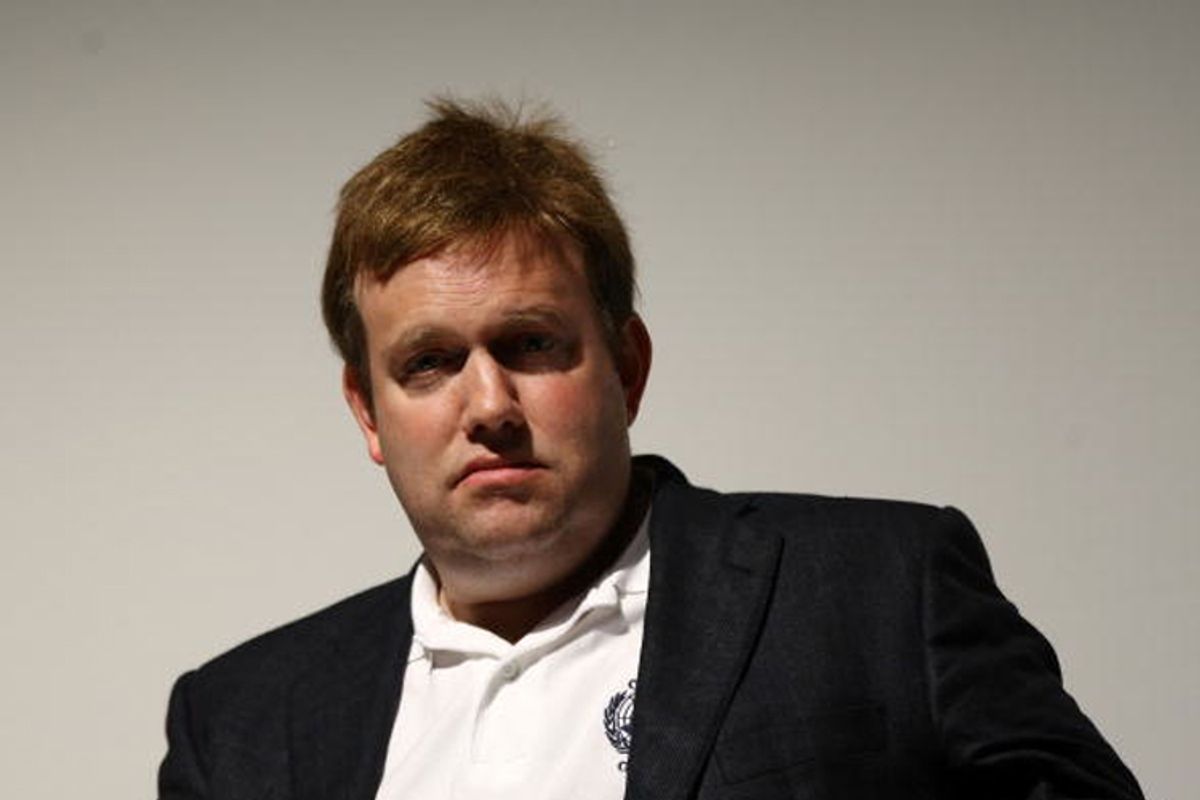 Fools these days just fling around the word "Orwellian" like it doesn’t mean anything. Please, guys. Despite what some people would have you think, not everyone out there is some budding totalitarian. Let's try to keep the word meaningful and useful for later.

But that doesn't mean we can never take note of modern practitioners of Newspeak. I'm thinking here of pollster and GOP image guru Frank Luntz. If we're holding on to "Orwellian" for when we really need it, well, this guy represents a downright special occasion, so let's splurge.

It was Luntz who suggested, in a now-infamous memo, that Republicans mask their assiduous service of Wall Street in the fight over financial reform by accusing the Democrats of assiduously serving Wall Street. The ceaseless claims that the proposed bill would authorize a new "bailout" come directly from Luntz’s playbook. Senate Minority Leader Mitch McConnell, for example, warned, "We cannot allow endless taxpayer-funded bailouts for big Wall Street banks."

Here's what Luntz advised: "[A] vote in favor of creating a permanent bailout fund of private companies is like committing political hari-kari. Frankly, the single best way to kill any legislation is to link it to the Big Bank Bailout."

Of course, the proposed bill doesn’t create a permanent bailout. The measure that Republicans have criticized, borrowing language from Luntz, in fact levies a tax on banks, and would use the money to dismantle -- not reward -- companies under financial duress. But I guess that still fits under Luntz’s rubric of "any legislation."

Obviously driven up the wall by this dishonesty, the White House took the unusual step of singling out Luntz's work for some entirely accurate criticisms. "The bill does the exact opposite of what these critics say it does," wrote Deputy Communications Director Jen Psaki, on the White House blog.

Luntz responded yesterday, at length, at the National Review. It's not for the weak-stomached. To start out with, the guy inadvertently makes himself sound like Stephen Colbert, in character. "I examine every side of the issue from every perspective, but more importantly, I listen to the American people and what they want. Maybe that's why my memos attract so much attention -- it’s really the language of America." Frank Luntz is America, and so can you!

Luntz continues, "When we presented dial session participants the Financial Reform legislation as it was written in the House, they reacted most negatively to the bailout provisions contained within the bill." Since the bill in fact has no bailout provisions, this is, to put it extremely generously, not informative. What Luntz could tell us that would be informative is what, exactly, he told or showed to the focus group and described as a "bailout" to elicit the pre-cooked negative reactions that his clients had ordered up.

Then there’s this paragraph. If irony were dead, this thing would dig it up and reanimate it, just to put another stake through its heart.

Unfortunately, the leaders of this Congress are hell-bent on pushing through legislation without reasonable public information, and that has to stop. Too many mistakes are made when important legislation is rushed. Even President Obama, who first denied there was a bailout, is now asking that the $50 billion bailout administrative fund be eliminated from the Senate bill.

Obama, of course, is not now admitting the error of his ways and asking to eliminate "the bailout." He's just decided that there's no way to win an argument with people who live in Wonderland, so he's prepared to let the idea drop if it will shut them up. To even put that sentence in the same paragraph as a high-minded claim about "reasonable public information" during political debates -- well, you have to hope that Luntz is well-compensated enough to buy a nice mattress and some Ambien.

Almost a year ago, Luntz did an interview with Deborah Solomon of the New York Times Magazine. To say the guy came off as creepy doesn’t begin to capture it. For a public relations guy, he's astonishingly not self-aware. For example, he tells Solomon that words starting in "b" sound angry. So she baits him, "What if I call someone a bunny. That's not angry."

Luntz takes the bait, and makes up on the spot a P.R. campaign against bunnies. "If I wanted to demonize a bunny, I would use a word like rabbit. The rabbit will ravage your garden. This is a language pivot. A bunny is cute; a rabbit that ravages your garden is a pest."

And then there was this exchange.

Where did you grow up?

It might help if you didn’t speak about yourself, not to mention health care, as a product to be bought and sold.

It's a throwaway line, that’s all. In politics it's called a pivot. It's a pivot to a topic I am more interested in. Not all words have equal meaning

"Not all words have equal meaning" -- indeed. Some are worse than worthless.