A reader's advice to writers: Beware of Mary Sue

Thanks, but we're really not interested in your narcissistic fantasy life 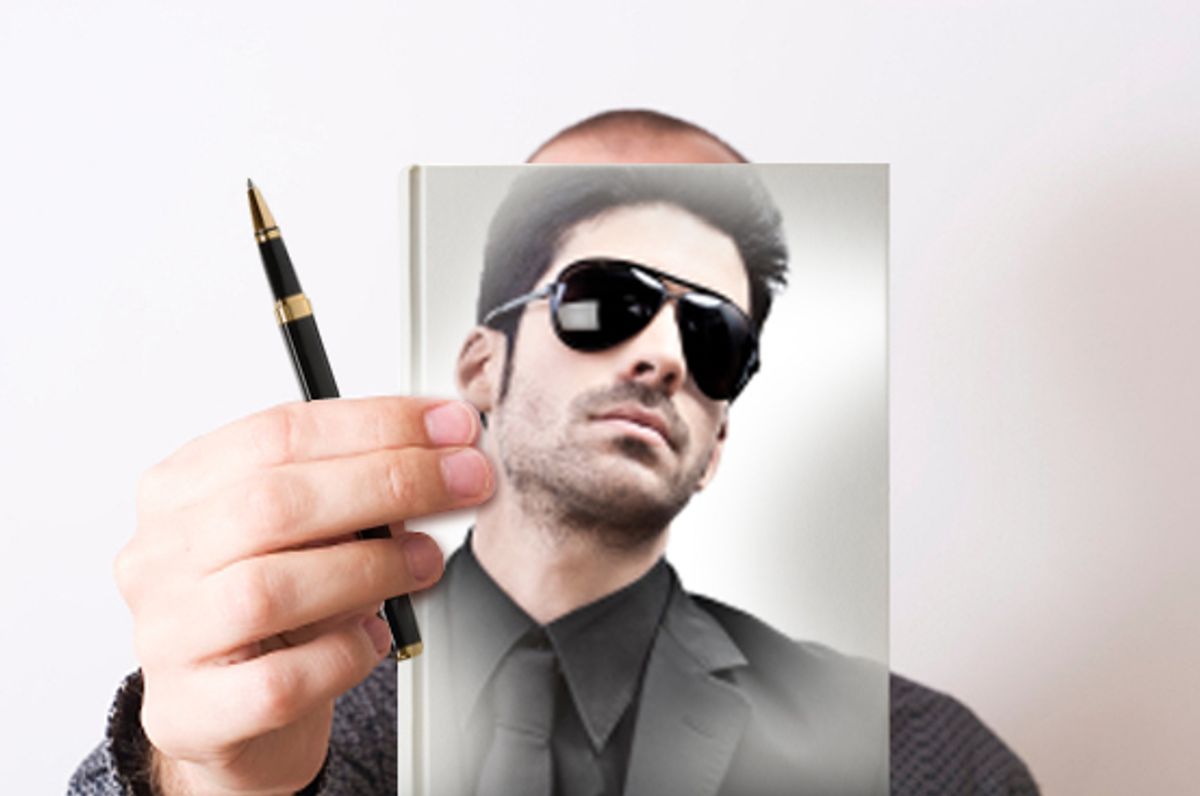 Earlier this year, I offered up a brief list of advice to authors from a reader's perspective, ending with vague assurances that I could add to it if Salon's readers were interested. Interested they were, to judge from the response, although a few found my suggestions horrifying. (Bonus advice to writers of nonfiction commentary: No matter how clear you try to be, some individuals will willfully misread you.)

Quite a few readers, however, did request more, which led to the awkward realization that the rest of it doesn't easily boil down to a list of straightforward, numbered tips. Consider the following to be the first in an occasional series of missives from one omnivorous reader to the vast multitudes of aspiring novelists.

Some of you know exactly what I mean by this admonishment, but many more of you don't, and should. "Mary Sue" is a commonplace term in the world of fan fiction -- it's so ubiquitous, in fact, that it's spawned more than a dozen (often hilariously specific) subcategories. Yet, although Mary Sues are most blatant and abundant in the realm of Star Trek and Harry Potter fanfic, they do also roam the literary landscape at large, alienating and annoying readers everywhere they go. You may not have been introduced to her by name, but believe me: You know Mary Sue.

Whenever a character serves as an improved or idealized version of his or her author, as a vehicle for the author's fantasies of power, allure, virtue or accomplishment rather than as an integral part of the story, that character is a Mary Sue. He may resemble his creator in most respects, but he drives a hotter car, lives in a posher part of town and has a cooler job. She may be as moody and self-absorbed as the novelist who invented her, but instead of boring the people around her these traits only enhance her crazy-girl magnetism, making her the center of everybody else's world as well as her own.

Because genre fiction tends to trade in wish fulfillment to begin with, you're far more likely to find shameless Mary Sues in mediocre mysteries, science fiction and romance novels. Even in the most routine series fiction, however, there's a distinction between the kind of character who embodies the fantasies of readers -- Nancy Drew, for example -- and a character who's really only working for the author. Many's the time I've opened a thriller to meet a hero described as middle-aged but in great shape, with, say, a special forces background and independent income, who's also a selfless crusader against evildoers and uncannily attractive to every comely young flight attendant or female nuclear physicist who crosses his path ... whereupon I think "ick" and close the book for good.

The term "Mary Sue" comes from a 1973 parody by Paula Smith, titled "A Trekkie's Tale," in which the "fifteen and a half"-year-old heroine, "the youngest lieutenant in the fleet," no sooner steps onto the bridge of the Enterprise than she's fielding declarations of love from Captain Kirk and being asked to take over the ship to general applause. Since then, Mary Sue classification has multiplied faster than HeLa cells: The male variant is sometimes called "Marty Stu" or "Gary Stu," and there's also "Angsty Sue," "Fixer Sue," "Rebel Sue" and so on. Mary Sues are now so fiercely denounced in the world of fan fiction that writers anxious to avoid producing one have wound up creating the "Anti Sue," a character who can't do anything right and yet inexplicably still winds up being the focus of the story.

The raging Mary Sue debates in fan fiction are so far advanced and convoluted I won't get into them here. (You can learn more at the indispensable TV Tropes, but proceed with caution; that site is a notorious, hours-swallowing rabbit hole.) How does all of this pertain to writers who aren't puttering around in someone else's invented universe for the amusement of themselves and a select group of fellow enthusiasts? Litmus tests devised by fan fiction mavens -- cautioning the novice writer to avoid characters who are overly endowed with supernatural powers or whose hair and eye colors are "not found in nature" -- don't offer much guidance to someone writing, say, a coming-of-age novel set in Wisconsin.

Still, Mary Sues occur in every kind of book, from historical novels about spunky young women with anachronistically modern values who defy the race, class and gender roles of their time, to contemporary fiction in which the hero is the entirely blameless survivor of a bitter divorce whose ex-wife just got engaged to a total tool. The Mary Sues of literary fiction are seldom as flat-out perfect as the ones found in fan or genre fiction, but they do share the defining quality of Mary Sues everywhere: They irritate readers. Not all readers, maybe, but most of them, which is why there are so few true Mary Sues in literary classics; great writers don't do Mary Sues.

What irks readers about Mary Sues is that telltale whiff of an ulterior motive. Instead of contributing to the seamless fictional experience readers want from a book, this character, they sense, is really a daydream the author is having about herself. It's an imposition, being unwittingly enlisted in somebody else's narcissistic fantasy life, like getting flashed in the park. And just about as much fun.

Literary fiction has yet to acknowledge its Mary Sues, let alone devise a litmus test for detecting them. Authors might want to reevaluate any characters they feel inordinately attached to or invested in but whose charms seem lost on everyone else. (Your friends may be hesitant to admit just how galling they find your pets.) And do feel free to beam them up to the Enterprise and ship them out to where no man has gone before. They won't be missed.

A Reader's Advice To Writers Books Writers And Writing