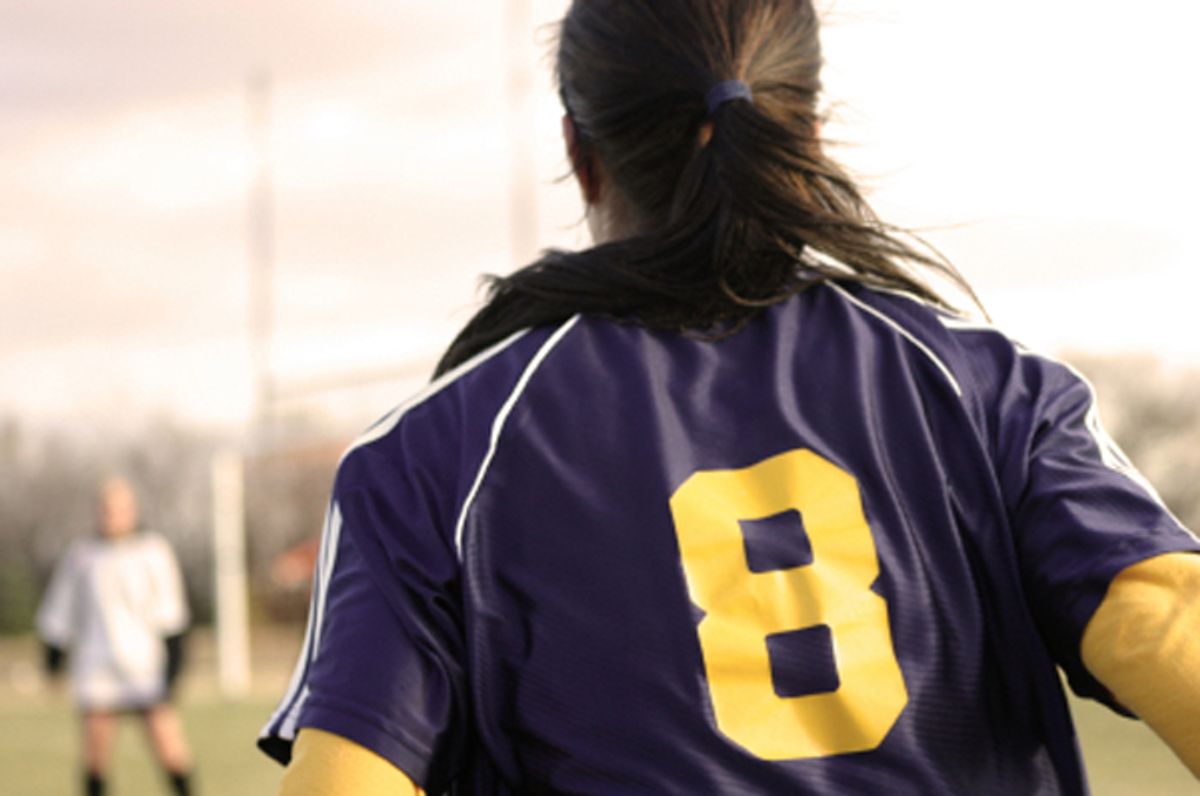 Today, Vice President Joe Biden announced that the Obama administration would issue a letter withdrawing the Bush administration's controversial 2005 interpretation of Title IX. Title IX is that old, famous policy that makes it illegal for schools receiving federal funding to discriminate "under any program or activity" based on sex. Though it doesn't mention athletics, it has become synonymous with the need to equalize opportunity between male and female college athletes.

There have always been three ways to comply with Title IX. First, a school can show that it has a representative number of athletes of both sexes involved in athletics: If 50 percent of your students are female, 50 percent of your athletes must be, too, to qualify under this prong.

If members of one sex are underrepresented -- generally, this is women -- then the school can show that it has "a history and continuing practice of program expansion" that is actually increasing the interests and skills of the underrepresented group.

It's the third prong of the test that's causing the controversy. Schools can also comply with Title IX by showing that they're meeting the desires and skills of the underrepresented sex "fully and effectively."

The Bush administration in 2005 issued a clarification to that third prong, saying that schools could use online surveys of their college population or just the underrepresented group to determine whether skills and interest in a given sport existed. Based on those results, they could then choose not to fund a new or existing sport and still be in compliance with Title IX.

That's controversial for a number of reasons. One of the big flaws of this method was that non-response was interpreted as no interest. Anyone who's been in college recently knows that the flood of administrative e-mails students receive often go ignored. Should that translate into the abolition of female sports teams? Beyond that, should it mean that the desires of the current student body should dictate the availability of athletic opportunities for incoming female students?

Also, how effective was it to survey student interest in a sport when many students had been denied access to that sport? The point of Title IX is that inequality exists and must be treated in order to provide the opportunity to discover interests and skills.

Basically, the online survey was an easy way to kill expensive Title IX equalizing opportunities. The Obama administration's new policy fixes this problem by rolling the law back to its pre-2005 form. In a press release announcing the change today, Biden said, "What we're doing here today will better ensure equal opportunity in athletics, and allow women to realize their potential -- so this nation can realize its potential."

Joe should know. Not only does his wife teach at the college level, but he was, as he pointed out at today's speech, "there when Title IX got passed. I came the year after it got passed. My, oh lord."

Nice work, Joe. And not a bad day for you, either, Mr. President.