Her role was originally written for a man, but filmmakers were sure to avoid emasculating her on-screen husband 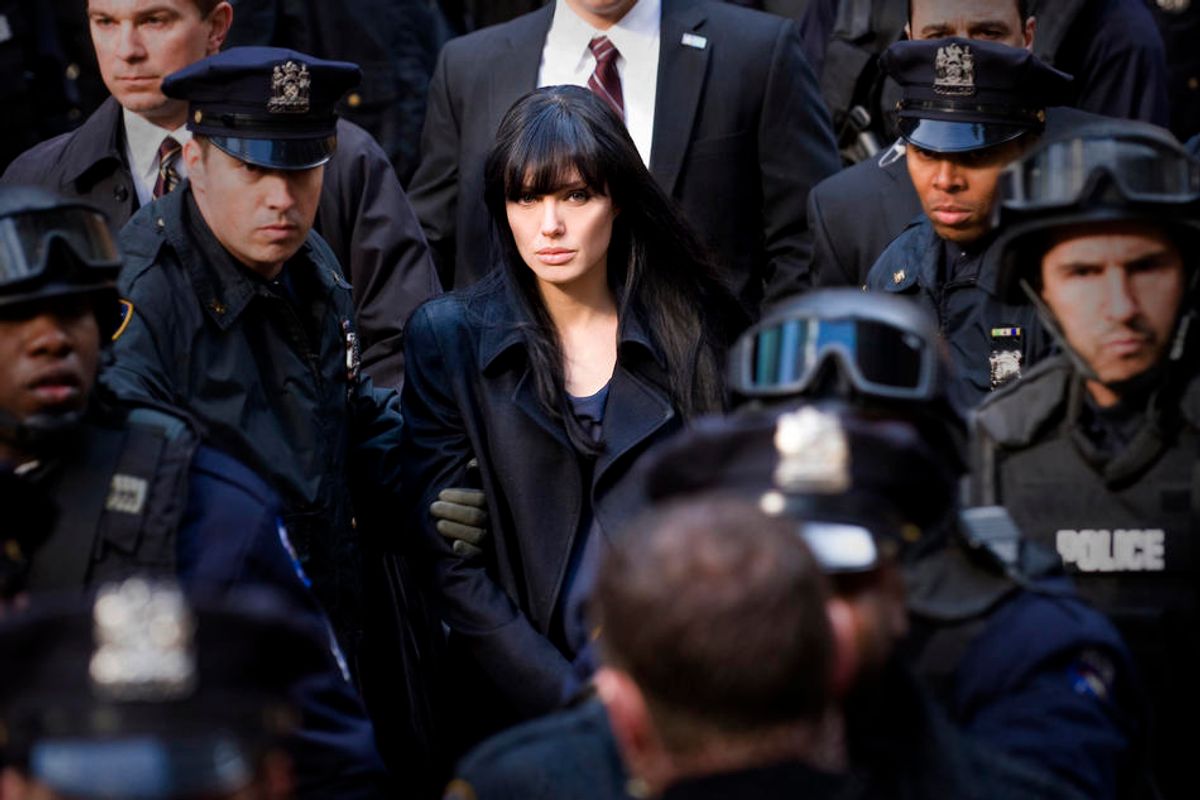 The cover story of this year's Entertainment Weekly summer movie preview concerns the behind-the-scenes scoop on the new espionage thriller "Salt," directed by Phillip Noyce and starring Angelina Jolie, Liev Schreiber and Chiwetel Ekiofor. Much of the article is a group pat on the back for the supposedly amazing progressiveness of the fact that Angelina Jolie ended up playing an action hero originally written for a male star like Tom Cruise (who bailed when the script began to too closely resemble a "Mission: Impossible" picture). Fair enough, but such a thing really shouldn't be a big deal in 2010, and the fact that the filmmakers are falling over themselves in self-congratulation is the very opposite of progressive.

But there's a real kicker buried amid Noyce and his colleagues' smugness:

"In the original script, there was a huge sequence where Edwin Salt (the original male protagonist) saves his wife, who's in danger," says Noyce. "And what we found in the new script, it seemed to castrate his character a little. So we had to change the nature of that relationship." In the end, Salt's husband, played by German actor August Diehl ('Inglourious Basterds'), was made tough enough that he didn't need saving, thank you much.

So, hidden in an article on how "Salt" is oh-so-empowering for female action heroes is this tidbit. The filmmakers believe that it was perfectly OK for the spouse to be rescued from mortal danger if said love interest was a girl, but not if the romantic partner was a man. Apparently, it's great if the action hero is a girl, as long as she doesn't have the opportunity to one-up any male counterparts or reverse the oldest cliché in the action-film handbook. Saying that girls can be portrayed as helpless damsels in distress but boys can't or shouldn't be is the very opposite of the sort of "progress" that Noyce and Jolie claim to be making.