The best and worst news for the Earth

Slide show: From high-speed rail to the grim figures on global warming, we look at the year's highs and lows 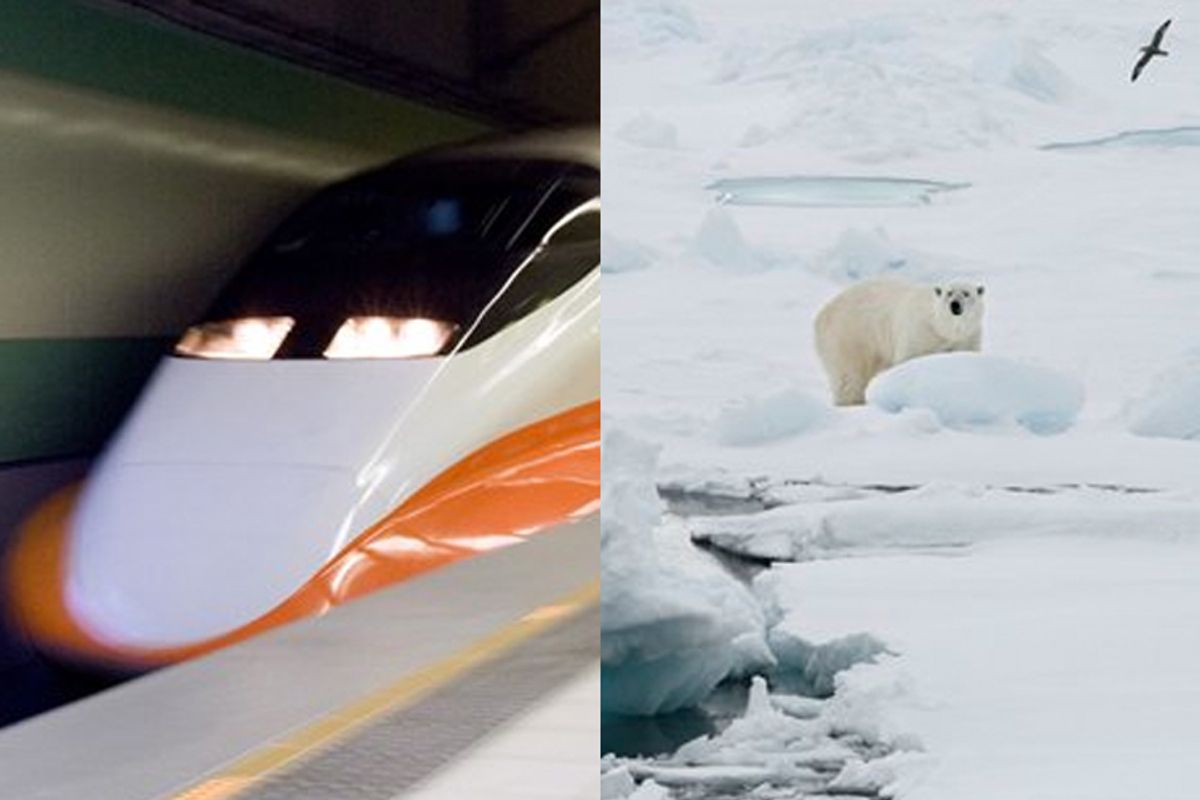 As far as the environment is concerned, the past year will bear two mantles above all: the Year of Obama and the Year of Copenhagen. Greens cheered as the Obama administration threw U.S. environmental policy into a near-180: A vigorous EPA halted plans for dirty coal mines, administrators and legislators moved to regulate greenhouse gases, Obama set a tough fuel economy standard to 35.5 mpg by 2016, and clean energy got its biggest-ever funding boost from the stimulus bill. The specter of Bush's environmental policy -- if you could venture to call it that -- was chased from the rafters.

And then, of course, there was Copenhagen, which loomed throughout the year as a hope that nations around the world could negotiate a deal to head off the incoming environmental crisis posed by climate change. We all know how that worked out.

Though it occurred through various lenses, the past year was essentially a year spent coping with global climate change. As you'll see from these, the best and worst environmental developments, it may either come to be seen as the year the world took on climate change and failed, or the year we got the ball rolling.

Brian Merchant covers climate and politics for TreeHugger.com, writes a column about Getting Samy Out of Burma for GOOD, and has contributed to Paste, Motherboard.tv and many others. He lives in Brooklyn, N.Y.