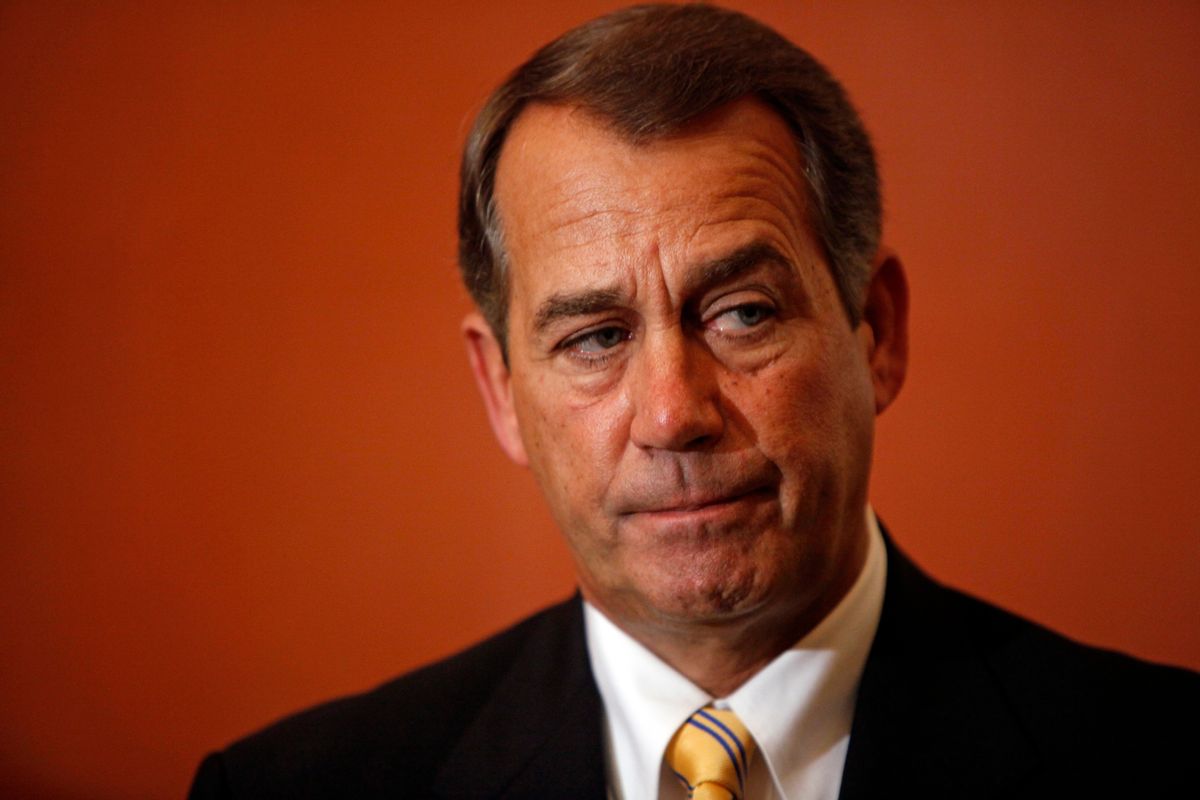 Did Republican senators forget to send a memo to their comrades in the other chamber? While Republican leaders in the Senate contemplate a bipartisan compromise on financial reform legislation -- evidently because they have realized that protecting the big banks is unpopular -- nobody seems to have provided such wise guidance to the House Republican leadership. Minority Whip Eric Cantor is still  warning that his caucus will oppose the Obama administration’s proposals, while Minority Leader John Boehner has published an angry  partisan screed in Investors Business Daily, echoing the same exaggerations and distortions lately disowned by his party’s senators.

Not surprisingly, Boehner's Op-Ed distorts the Democratic legislation to advance propaganda points. Sticking to the discredited "bailout" meme, he insists that "the largest Wall Street firms would become eligible for special treatment" including "exclusive access to a pre-existing bailout fund, a Treasury-backed line of credit and a government guarantee for any debt." But the bill creates no "bailout fund" -- only an industry-funded $50 billion resolution fund that would be used to shut down any major financial firm that becomes insolvent.  Boehner also fails to note that the assets of such firms would be sold off, their equity wiped out, and their creditors likely reimbursed no more than would be available via bankruptcy.

So the minority leader characteristically misled his readers about the bill’s contents. But he makes his richest accusation in the sentence that follows:

Such perks will benefit the likes of Goldman Sachs, President Obama's top financial contributor during the 2008 campaign and a firm that just happens to be under investigation by the SEC for defrauding investors.

Now that particular claim fits perfectly with the crude Republican strategy, recently  reported by the indispensable Greg Sargent, to tar congressional Democrats as well as the White House with Goldman's lucre. Leaving aside the SEC investigation of the banking giant, that approach may well boomerang on the Republicans for a very simple reason: These days, Goldman is lavishing more campaign money on them than on the Democrats, according to Politico. Among the most notable beneficiaries of Goldman generosity is Boehner himself, who received $5,000 for his own campaign fund and another $5,000 for his PAC in March alone. Which just happens to coincide with the Republican drive to kill banking reform.