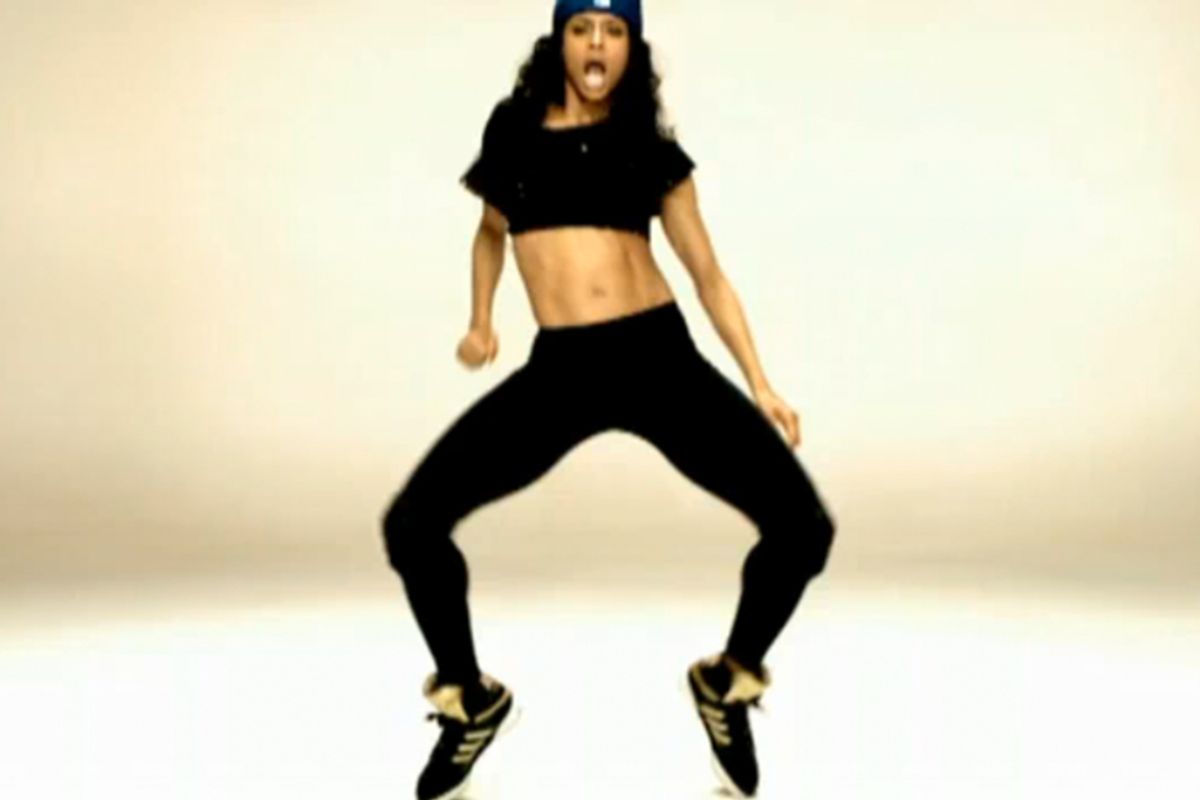 The music video for Ciara's new song, "Ride," just premiered, and it's official: I love her. I was nearly there after seeing her "Like a Boy" video, in which she fantasizes about having the sexual power and swagger of a man, but this seals the deal.

I realize this video features a blatantly sexual display that is sure to make many of my respected elders cringe. (Sorry, ma.) So, let me put my praise in context: I grew up watching male rappers aggressively thrusting, humping and smacking women's asses, and video girls enthusiastically shaking said slapped behinds and suggestively snaking their bodies in slow-mo. Ciara is refreshingly different.

Yes, she may don a barely there bathing suit and ride a mechanical bull in the "Ride" video, but -- but! -- she's also aggressively sexual in a way we don't often see with pop music's princesses. She humps and smacks the floor; she thrusts her crotch at the camera like a dude and then smoothly transitions into feminine hip-rocking. This isn't the strictly passive prostration you usually see -- I mean, her dance-humping is so forceful she's wearing knee pads. Add her baseball cap, sneakers and cocky lyrics ("they love the way I ride it," "baby say my name"), and I'm sold.

But you don't have to be a gender theory geek to enjoy the video. Here's another reason to watch: This girl can dance.