Plowing on despite death threats, the people who gave us Mr. Hankey remind us what makes this country great 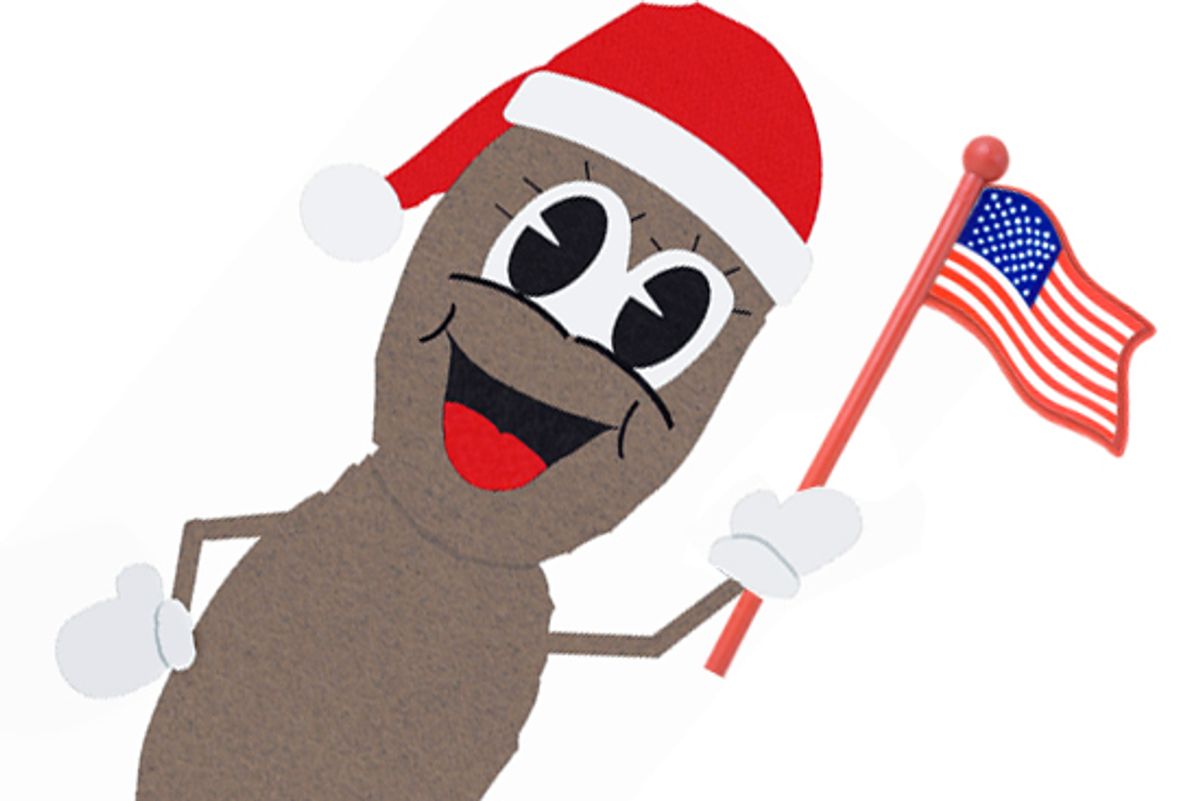 Remember when "South Park" was so incendiary, so shocking that the mere description of an episode could provoke outrage? Remember ... today? Thirteen years and 200 episodes into its button-pushing, bleep-heavy run, Matt Stone and Trey Parker's crude little cartoon about a bunch of foulmouthed kids isn't just the most enduringly provocative show on the air -- it's the most patriotic.

The show, which has carpet-bombed every religious, political and, well, human group on the planet, made headlines last week when it satirically depicted the prophet Mohammed, whose image is verboten in the Muslim faith, by sticking him in a bear costume.

One thing about Islam: It isn't exactly known for its rollicking sense of humor about itself. Sure enough, in a post on Revolution Muslim's website last week, writer Abu Talhah Al-Amrikee published Parker and Stone's studio's address and warned that "what they are doing is stupid and they will probably wind up like [slain Dutch filmmaker] Theo Van Gogh for airing this show. This is not a threat, but a warning of the reality of what will likely happen to them." (The group, based in New York, has since taken down the site.)

For its brave depiction of a hallowed religious figure dressed like a cuddly mascot, the show has won itself some unlikely defenders. Anderson Cooper said on his "360" program Tuesday that "You might not like 'South Park' the cartoon, you might think it’s offensive, you might decide it’s not something you want to watch -- that’s up to you. But the notion that some radical Islamic group in America would make a threat, even a veiled one, against two men’s lives because of it is chilling. And for the people making this threat, that is precisely the point -- to chill discussion, to chill debate." And none other than noted microphone cutter Bill O'Reilly has called Parker and Stone's outspokenness "courageous."

As if O'Reilly's championing the show that gave us a talking poo (takes one to know one?) wasn't bizarre enough, the story took an even weirder turn when Wednesday night's new episode aired. Mohammed was still in the storyline, but his name was bleeped, and his image was blotted out with the word "Censored."  On the show's website Thursday, a message went up that read, "After we delivered the show, and prior to broadcast, Comedy Central placed numerous additional audio bleeps throughout the episode. We do not have network approval to stream our original version of the show." The episode is not available on the Comedy Central website, although, oddly, an earlier episode depicting Mohammed is. So was Wednesday's episode another nose-thumbing "South Park" parody of corporate hysteria, or an exercise in genuine bleep-happy hysteria? One can imagine Parker and Stone wanting to create something that vividly illustrated how absurd it looks when we blot out ideas and images, but one can likewise see how Comedy Central might have decided it would be in its employees' best interests if they reduced their odds of getting blown up.

It's genuinely scary to see how one incredibly sophomoric cartoon can incite such strong feelings and even violence. This is the show, after all, we can thank for Kick a Ginger Day. But it's not Parker and Stone's fault if people are psycho. And it's laudable that they keep going in spite of the havoc they wreak, even when threatened with lawsuits, death and bad reviews. They don't have to. Their show's raison d'être, first and foremost, is to just be funny -- which it frequently still is. (The recent Facebook-themed episode was a spot-on takedown of social media.) And you've almost got to hand it to anybody Parker and Stone's age who can still come up with jokes about "pube stew."

But "South Park's" creators aren't just another pair of television potty mouths. They've got an impressive history of sticking their flies into the ointments of every powerful institution on the planet. Theirs is a show that makes cracks about abortion addiction and whose recurring characters include Jesus Christ, created by two guys who are currently developing a Broadway musical about Mormons. Which makes "South Park," pube stews and all, an ongoing testament to that beautiful ideal of free speech. Free speech isn't just "Give me liberty or give me death"; it's not just "I have a dream." It's also the prophet in a bear suit.

That's why Bill O'Reilly is right when he calls Parker and Stone courageous. And the fact that I just wrote that Bill O'Reilly is correct either means that the earth has gone off its axis or that "South Park" is bigger than the left or the right, conservative or radical, or Christian or Muslim. It's American.

Assuming they don't get martyred in the process, Parker and Stone's greatest triumph is that they actually have a chance to wrest the notion of patriotism from the kooks spitting outside the White House and remind us all what it really means. These are two guys quite literally now putting their lives on the line for the ideal that this country was founded on: the right to say whatever the fuck you want without fear of retribution -- but with the acceptance of responsibility for your words and ideas. Patriotism, like comedy, isn't supposed to make anybody comfortable. It doesn't promise not to offend. It's dangerous and scary and it makes people mad because it questions authority. It's powerful stuff. One might even call it revolutionary.