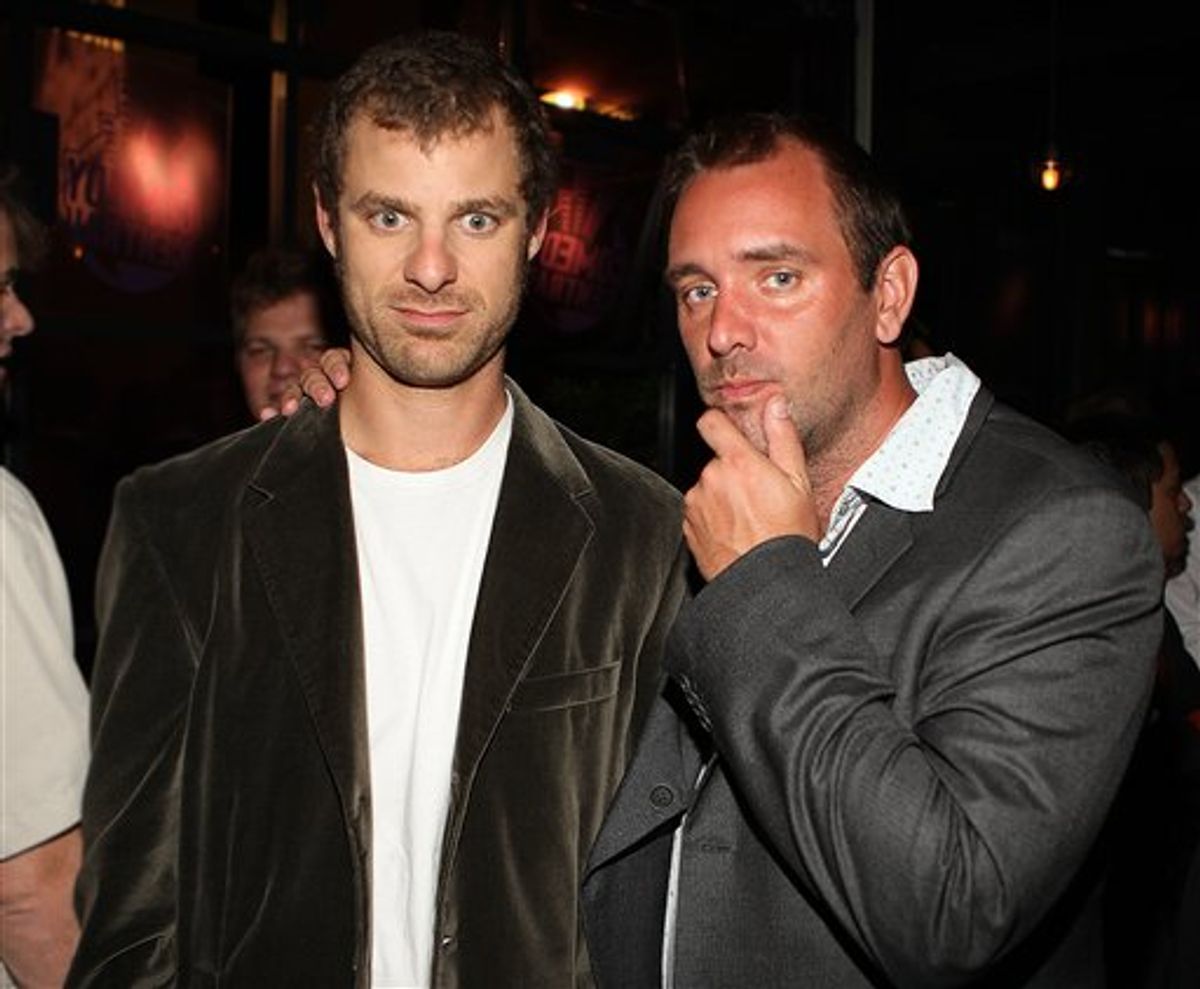 A radical Muslim group has warned the creators of "South Park" that they could face violent retribution for depicting the prophet Muhammad in a bear suit during last week's episode.

The website RevolutionMuslim.com has since been taken down, but a cached version shows the message to "South Park" creators Trey Parker and Matt Stone. The article's author, Abu Talhah Al-Amrikee of New York, said the men "outright insulted" the religious leader.

The posting showed a gruesome picture of Theo Van Gogh, a Dutch filmmaker who was shot and stabbed to death in an Amsterdam street in 2004 by a fanatic angered by his film about Muslim women. The film was written by a Muslim woman who rejected the Prophet Muhammad as a guide for today's morality.

"We have to warn Matt and Trey that what they are doing is stupid and they will probably wind up like Theo Van Gogh for airing this show," Al-Amrikee wrote. "This is not a threat, but a warning of the reality of what will likely happen to them."

The posting listed the addresses of Comedy Central's New York office and Parker and Stone's California production office. It also linked to a Huffington Post article that described a Colorado retreat owned by the two men.

CNN, which first reported the posting, said the New York-based website is known for postings in support of Osama bin Laden and jihad, or holy war, against the West.

He said he was disappointed that publicity about the posting focused more on the potential danger to the producers but admitted, "I could shoulder some blame" for it.

He said he "can't answer that legally" when asked if his group favored jihad. But he praised bin Laden.

"We look up to him and admire him for the sacrifices he has given for the religion," he said.

Last week's episode, the 200th for the cheeky and often vulgar cartoon, was intended to feature many of the personalities and groups that Parker and Stone insulted during the series' run.

In 2006, Comedy Central banned the men from showing an image of Muhammad on their show. They had intended to comment on the controversy created by a Danish newspaper's publishing of caricatures of the Islamic leader. Muslims consider any physical representation of their prophet to be blasphemous.

Instead, "South Park" showed an image of Jesus Christ defecating on President George W. Bush and the American flag.

Comedy Central and the show's producers would not comment.