I scoffed at "Girls Gone Wild." But when a cool photographer turned his lens on me, I was shocked by what I allowed 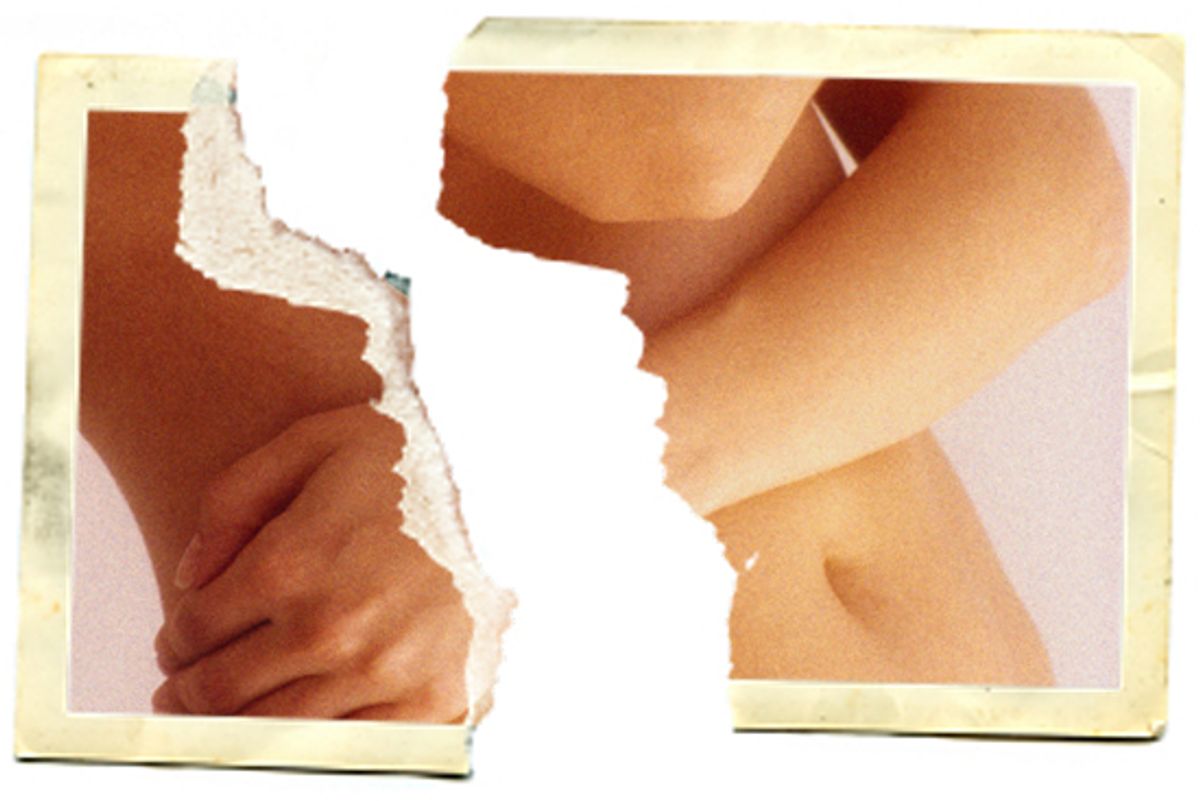 Some years ago, when I was young and stupid(er), I was at a launch party on the Lower East Side for some defunct magazine, the kind that served mostly as a repository for party pictures of the editor's awesome and creatively dressed friends. These magazines don't really exist anymore, investors and editors alike having realized that the same operating model can be achieved on Facebook with no overheard costs or pesky editorial content, but this was a different time, the nascent digital age, before "print media" had transformed into an archaic concept, like "happiness" or "money."

I had never heard of this magazine, which seemed a compelling reason to go: If I hadn't heard of it, it must be cool. My friend had left by the time I arrived, or had never shown at all, and I lingered on the sidelines of the party, not talking to anyone, sipping a free drink and hoping to pass off my crippling shyness for entitled reticence when a fairly well-known nightlife photographer approached me. He was one of these guys like Ryan McGinley or Terry Richardson, a specialist in the school of "Look at This Awesome Party You Didn't Go to Full of Amazing People You Don't Know." (The fact that said party is a sort of Beckettian constructed wilderness, at once everywhere and nowhere, is something you don't figure out until you're closing in on 30.) He told me he thought I was pretty and looked cool and asked if I would pose for some pictures. The party was winding down, so he suggested we go to a place down the street -- a very private, very under-the-radar, very hip club I had only read about -- and take some pictures there.

OK, so let me back up. Nobody moves to New York because they think they're just like everybody else. A young kid, fueled by a toxic blend of bravado and wicked insecurity, can expend a truly terrifying amount of energy trying to prove her exceptionalism, prove that she is different (read: better) than the dull hometown peers she left behind, who go to uncreative jobs in uncreative clothes, eat at Chili's, practice monogamy. And now, at last, a full-fledged arbiter of the extraordinary (or so it seemed at the time) had given me his stamp of approval. As we breezed past the velvet rope and into the club, a place that only the night before would have seemed as impossible to infiltrate as the private quarters of Buckingham Palace, I was filled with joy and relief. Finally, I had made it! I had arrived! I was so excited that I didn't think for a second to ask him, even as he led me down the stairs to a dark, secluded bar away from the main club area, what kind of pictures he had in mind.

Did I think he wanted me to pose in a sexually suggestive manner? Of course: I wasn't expecting to sit for a Richard Avedon portrait. But I didn't expect that he would yank up my skirt without asking, rip down my panties and start snapping away, all the while instructing me to "spread" and "look sexy." And I certainly didn't expect that I, a woman who has never been shy about voicing her displeasure, would go along with it despite the gnawing sense of violation and shame. I mean, it wasn't quite the Coco-takes-her-bra-off-and-cries scene from "Fame," but it was close. And that guy at least let Coco take her bra off herself.

Luckily, a club staffer saw what was going on and kicked me -- and my nascent X-rated modeling career -- to the curb, telling me that if he ever saw me around there again, he'd call the police. At the time, I was furious and humiliated to be mistaken for a prostitute, or an exhibitionistic pervert who was the sole person to blame, but in retrospect, I feel kind of grateful to the guy. (If only Britney Spears and Lindsay Lohan had been so fortunate.)

The photographer accompanied me to the sidewalk, where he lamely apologized for the "misunderstanding" and said he'd send me the pictures if I wanted.

"Just erase them," I said, and made him do it while I watched. Humiliation had restored my assertiveness.

On the long subway ride home, I tried to make sense of what had just happened. Why had I not resisted? Would I have spoken up for myself eventually? Where would it have ended? I didn't have a job on the line, or a relationship -- the only thing at stake here, I finally realized, was my own vanity. That was the real reason I hadn't pulled up my sad little panties and run for the door. Because I didn't want the photographer to stop thinking I was pretty. I didn't want the photographer to think I wasn't cool.

Not long before, a female friend and I had watched a "Girls Gone Wild" video with a mixture of righteous outrage and disgust. The filmmakers were clearly exploiting these girls, many of them decidedly not, shall we say, at the height of their decision-making powers. Still, it was hard not to feel disdain for the tan, tacky, scantily clad girls themselves, who clearly didn't attend as selective a university as we did and probably had never even taken a women's studies course. (Like a lot of twentysomethings, my friend and I were smug, pretentious assholes, an unfortunate condition I have spent the better part of my late 20s battling mightily to correct.)

But after my own episode, I began to wonder: What, really, was the difference between what I had just done and "Girls Gone Wild"? My photographer might be better known for snapping creatively tattooed Lower East Side girls than wasted coeds in Tampa, but the means were the same: the flattering coercion, the seduction of being found beautiful, of belonging. The only difference between the preening sexual exploitation of GGW's Joe Francis and the preening sexual exploitation of, say, Terry Richardson (who has been accused of all kinds of nasty things of late) is that only one of those sets of pictures is going to wind up in some chic gallery on Rivington Street or in the pages of French Vogue. And the girls themselves were not so different either. Like me, they were probably just surprised and flattered by the attention, trying to navigate the dangerously permeable line between being admired and being objectified -- a line it's often hard to tell you've crossed until it's too late.

These days, you don't have to be an insecure kid with an unhealthy deference to club photographers to find yourself baffled and vulnerable at the end of a camera lens. We live in a tricky age of near-constant documentation, of Facebook pages and blogs and Flickr galleries full of pictures we have taken, much of it designed to convince others (and designed to convince ourselves) of the fabulousness of our own lives. But when I think about the incidents of my own past, even when I hear the sometimes ridiculously overwrought uproar about teenage girls "sexting" pictures of themselves to their boyfriends, or posting them online, it worries me. I'm not saying there aren't plenty of women who feel genuinely empowered by taking their clothes off. In other circumstances, under other conditions, I've even been one of them. But the moment I put my very human craving for admiration in someone else's hands is the moment I lost what was worth admiring.

I think we all know freedom's not another word for doing whatever some guy with a camera and a compliment wants you to. Freedom -- and power -- is about being able to say no when it counts.

Rachel Shukert's new book, "Everything Is Going to Be Great," will be published in July by Harper Perennial. Follow her on Twitter at @RachelShukert.