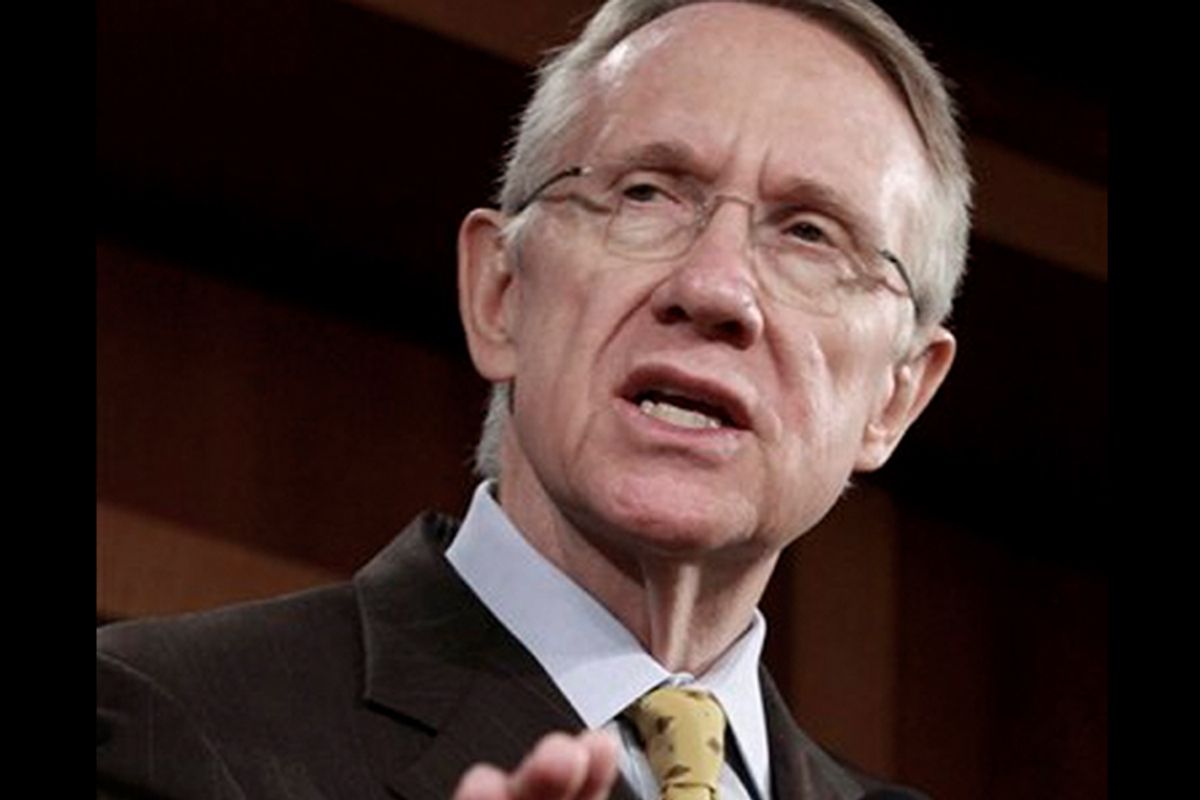 With just a few hours to go before the Senate is scheduled to hold the first procedural vote on banking reform legislation, the war-gaming over what is likely to happen is hot and heavy. TalkingPointsMemo has a succinct analysis; if you want a longer, quote-heavy version, try Politico. But the gist is this: As of Monday morning, Republican Senate leaders were confident that the entire 41-member GOP caucus would vote against allowing debate on the bill to begin.

The Democrat response: Make my day!

Sure, there are some other scenarios. Attempts at back-room horse-trading will likely go down to the wire, and there's always a chance that a deal will be cut. Or even without a deal, maybe a moderate Republican -- Olympia Snowe, Susan Collins, Chuck Grassley or Scott Brown -- jumps ship. Perhaps less likely, a conservative Democrat might decide to join with the GOP in opposition. Warren Buffett, reports the Wall Street Journal, wants to make sure that new derivatives regulations won't retroactively affect his $63 billion portfolio of weapons of mass destruction -- his personal representative, Nebraska Sen. Ben Nelson, has made that point clear. (However, a little after noon, EDT, the Journal reported that the Democrats had rejected Buffett's lobbying.)

But at this point it seems pretty clear that neither side is all that enthusiastic about coming to an agreement. Republicans don't want to look weak and fold their hand before the game gets started. Democrats are delighted at the opportunity to paint Republicans as against reform. If I were a betting man, I'd put my money on an unsuccessful Democratic effort to break the Republican filibuster, after which the Dems immediately break out the champagne.

The GOP is boxed in. They don't want to hand Democrats a political victory, but the longer they sustain a filibuster, the worse the politics are for them. Jonathan Chait plucks the key nugget from the Politico story.

McConnell secured a commitment from his conference to hold together in opposition on the first vote, but all bets are off after that, aides acknowledge. McConnell's challenge after Monday is preventing moderates such as Snowe and Sen. Susan Collins (R-Maine) from breaking away and weakening Republican leverage.

If not today, then tomorrow. Financial regulatory reform will go forward.