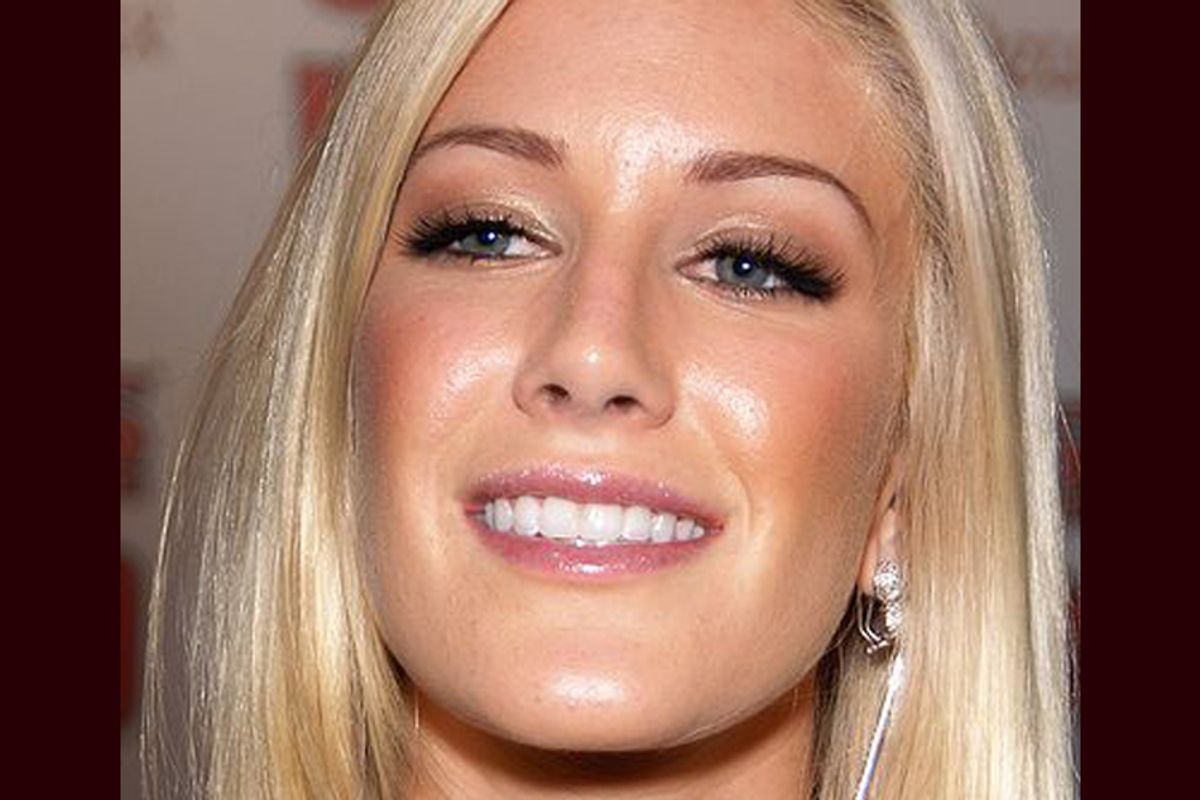 Aspiring actresses, step away from the operating table. Hollywood is no longer casting talent with duck lips, fake breasts and wrinkle-free foreheads. According to an article in Sunday's New York Times, La-la-land is becoming more down-to-earth -- or at least industry insiders are increasingly expecting starlets to look like they might possibly be from this planet.

The Times' Laura M. Holson writes, "In small but significant numbers, filmmakers and casting executives are beginning to re-examine Hollywood's attitude toward breast implants, Botox, collagen-injected lips and all manner of plastic surgery." Consider the Walt Disney Co.'s recent "Pirates of the Caribbean" casting call for extras with real breasts only. Or take this quote from Shawn Levy, director and producer of "Date Night": "It is viewed as ridiculous. Ten years ago, actresses had the feeling that they had to get plastic surgery to get the part. Now I think it works against them. To walk into a casting session looking false hurts one's chances." In total, Holson interviewed "more than a dozen film and television professionals" who all say that the industry is moving toward a "less is more" aesthetic.

Don't go celebrating the end of the plastic era just yet, though. Holson notes toward the end of the piece that youthfulness is still prized above all else, and it's considered perfectly acceptable for a "talented 35-plus actress" to have "particularly good surgery." Particularly good surgery -- ah, there's the rub. She continues: "At that age the backlash is not against plastic surgery or Botox itself -- everyone seems to be doing it, right? -- but its poor execution." I would venture to say that at every age the backlash is largely about "poor execution." The same thing could be said about magazine airbrushing: Removing pores, covering up pimples and other modifications that largely pass under our retouching radar are just fine. But impossibly thin legs, gravity defying cleavage and the like set off alarm bells. We like to at least be able to believe in the fantasy that's being sold to us, right? Once airbrushing or plastic surgery crosses over into the uncanny valley, we're repulsed.

Which brings me to Heidi Montag, the young woman who introduced us all to the concept of "back scoop" surgery after undergoing 10 invasive procedures in a single day. Her overnight transformation has scored her two acting parts, both of which "poke fun at women who've had too much plastic surgery," the Times points out. Last week, Rebecca Dana wrote in the Daily Beast about the rise of the "fembot," which is "starting to become a category of celebrity, like 'socialite' did back in Paris Hilton's day." Indeed, back in her pre-porn star days, Paris was one of those "love to hate" public figures; she was the embodiment of greed, gluttony, and maybe a couple of other deadly sins. Likewise, Montag is vanity personified (she fell onto the operating table, instead of into a pool of her own reflection).

You see, there's still a special role in this circus for ladies who have screwed up their faces in the pursuit of perfection. And, while it may be that the entertainment industry is increasingly going for actresses who look like they haven't had any work done, that doesn't mean Hollywood is lowering its standards -- if anything, expectations are only being raised.