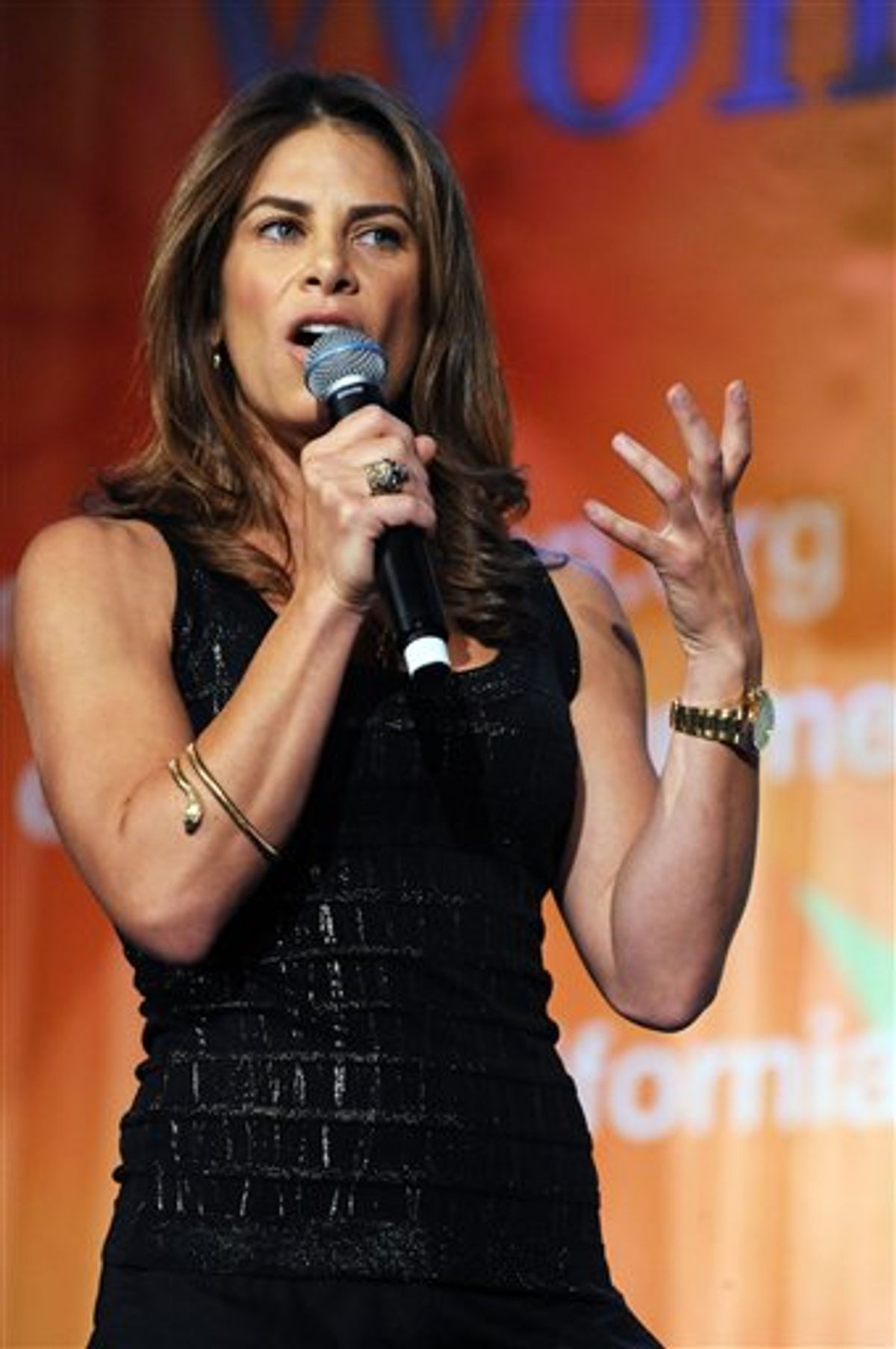 Jillian Michaels, the notoriously tough, hard-bodied trainer on NBC's "The Biggest Loser" -- known for making people work out so hard that they throw up or pass out -- is getting a beating of her own in the press. A comment she recently made about being pregnant, or rather her aversion to it, has set the Internet abuzz. In the May issue of Women's Health magazine, Michaels states, "I'm going to adopt ... I can't handle doing that to my body." Alert the presses! A woman admits she doesn't want to be pregnant!

The backlash that has ensued around that single statement has prompted everything from one psychologist suggesting she "seek counsel before coaching others on issues of body image," to various media outlets saying it's her "biggest PR faux pas ever" and chastising her for being shallow and superficial. I am clearly part of a small minority here when I ask, so what? She has a rockin' bod and wants to keep it that way -- is that really so bad? It's her choice.

I have been through two pregnancies and, as lucky as I was to have two great experiences, I'm also well aware of the impact they had on my body. Parts that I didn't want to get bigger got bigger, and parts that I really didn't want to get smaller got smaller. The truth is simple: Pregnancy alters the body for life.

It's quite possible that Michaels has body image issues, but that doesn't make her responsible for other women's hangups. A writer for Associated Content opines:

...in one fell swoop, she insulted many of her biggest fans and murdered the self-esteem of many expecting mothers and women who have recently given birth. If even Jillain [sic] Michaels claims that pregnancy ruins the body, many new mothers will assume that all efforts at weight loss are effective. They'll turn to depression and comfort-food and will never regain their pre-baby sense of self-satisfaction.

If it's true that a single statement alone can "murder" new moms' self-esteem and make them turn to comfort food and become depressed, then it isn't Michaels' issues that we should be talking about.