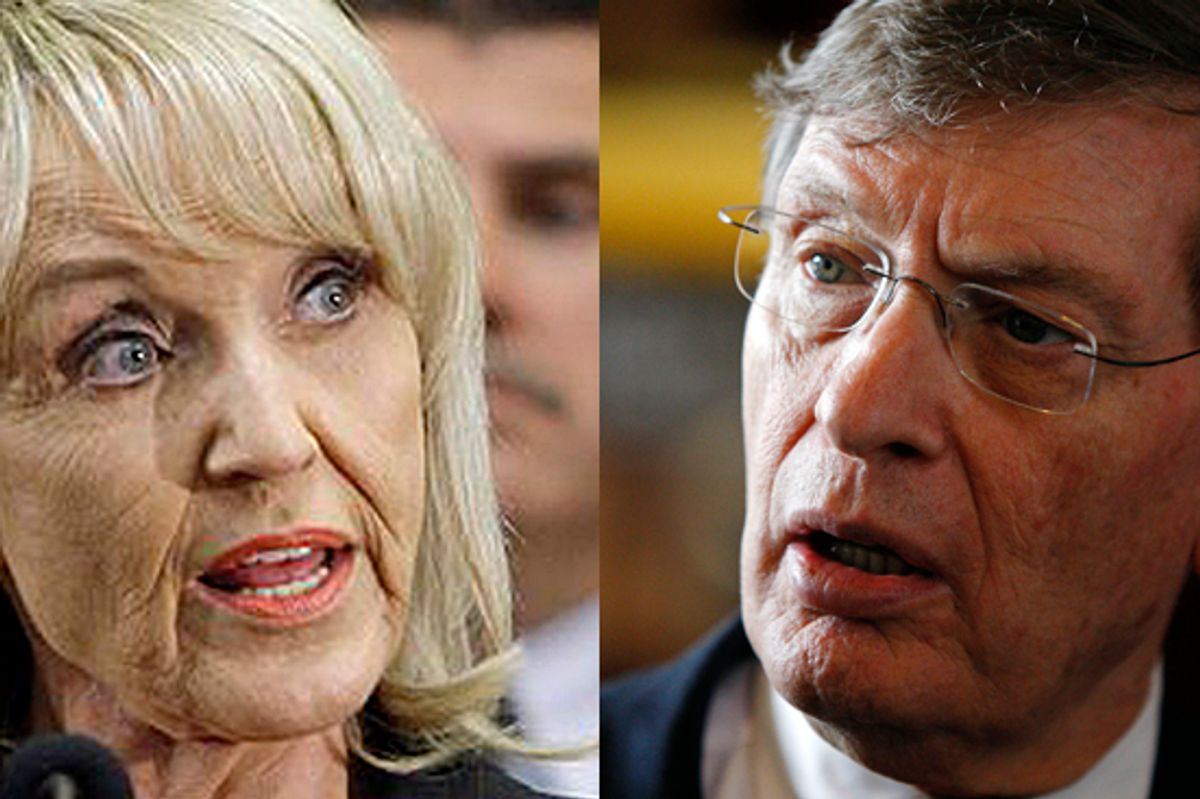 The idea is simple and, on its face, quite logical: MLB's 2011 All-Star Game is slated to be held in Phoenix, with the city and state poised to reap a tourism (and publicity) windfall. So perhaps a boycott threat by MLB -- a league filled with Hispanic players -- would change some minds and force the law off the books.

But this could be a riskier idea than you might think.

Consider what happened 20 years ago, when a referendum to make Martin Luther King Day a paid state holiday appeared on Arizona's ballot. The state was one of the nation's final MLK Day holdouts, and the initiative seemed on its way to passage. In the final pre-election poll, it was favored by 52 to 38 percent.

But then the National Football League stepped in. With the 1993 Super Bowl scheduled to be held in Tempe, the league's commissioner, Paul Tagliabue, decreed that it would be moved out of the state if the referendum failed. This was a noble stand, of course, but it also allowed MLK foes to reframe the debate and to stir popular resentment of interference from "outsiders." On Election Day, voters rejected the MLK holiday by a narrow 15,000-vote margin. Proponents pointed their fingers at the NFL.

"Out here, it was viewed as Big Brother saying, 'You do it or it's gone,'" an executive with the then-Phoenix (now Arizona) Cardinals explained at the time.

This kicked off a two-year drama that probably could have been avoided. A few months after the vote, the NFL formally voted to move the '93 Super Bowl from Arizona to Pasadena, Calif. Other sports followed suit. Invitations to the January 1991 Fiesta Bowl, one of college football's signature post-season events, were rejected by one brand-name school after another, until the game was forced to settle for a match-up between Alabama (which had suffered through a weak 1990 season) and little-known Louisville.

Nor was the boycott limited to sports. Trade shows in other industries moved their conventions out of state. In 1991 and 1992, Arizona lost an estimated $340 million in tourism business thanks to the MLK vote.

This, not surprisingly, prompted virtual unanimity from the state's business and political leaders when a new referendum was placed on the '92 ballot -- and passed by a 61 to 39 percent margin. The boycotts were lifted and, three years later, the Super Bowl made its first appearance in Arizona.

This saga is worth keeping in mind now, with a referendum on the new immigration law likely to appear on this November's ballot.

It's possible that a threat to move the All-Star Game (along with boycott threats from other industries) could sway the electorate, as the boycotting of '91 and '92 did. But the political dynamic is different right now. Unlike two decades ago, conservative politicians have an incentive to thumb their noses at the boycott crowd, knowing that it will endear them to base voters who view illegal immigration as a threat like no other -- even if the state is being hurt financially. So the unanimity from political leaders that brought the public around on the second MLK vote in '92 isn't likely on an immigration vote this fall.

In this context, moving the MLB All Star-Game now may have the same effect that Tagliabue's election eve threat did in 1990 -- fueling the law's backers with even more resentment and defiance. This doesn't mean pulling the All-Star Game is a bad idea. There is clear moral justification for doing so. It just might not be that effective.

UPDATE: In the comments section, a reader takes issue with my historical account, noting that there were actually two MLK initiatives on the 1990 Arizona ballot and claiming that "[b]oth failed but not by huge margins. Post-election polling revealed that most voters didn't believe you could vote "yes" for both of initiatives, so those in favor of the holiday chose one or the other."

This is not really accurate. There was a second MLK question on the ballot -- a plan to swap the exisiting Columbus Day holiday out for an MLK Day. But it was not a close vote, as the reader claims; it was rejected by a 75 to 25 percent margin. Moreover, that three-to-one margin was the exact same spread that pre-election polling predicted, even as there was a clear surge in "no" votes on the non-Columbus initiative in the race's closing days. Yes, given the razor-thin margin, it's possible that voter confusion played a role in the main question's defeat. But it's also clear that most voters knew exactly what they were doing. There was a reason polling was so wrong on one question and not on the other, and it very likely had to do with the last-minute boycott threats.