Giannoulias will appear at Obama rally in Illinois 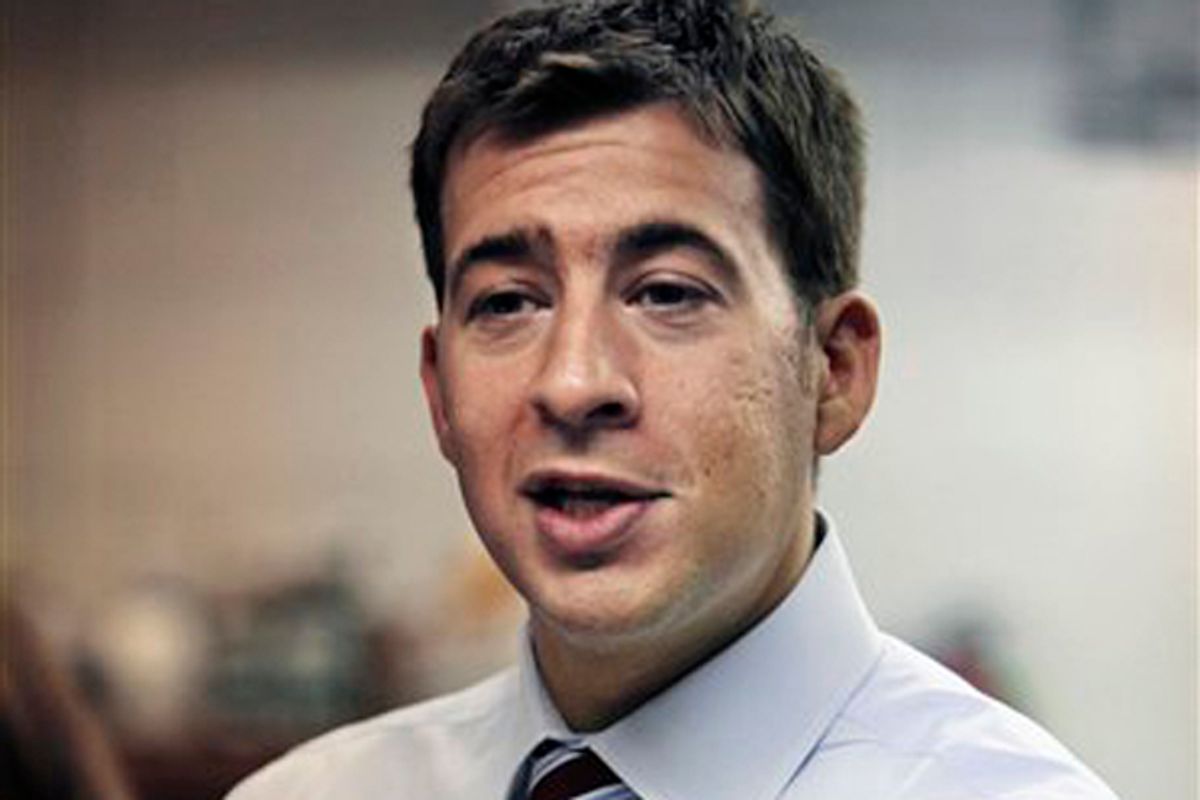 FILE - In this March 11, 2010 file photo, Democratic U.S. Senate candidate Alexi Giannoulias talks to members of the media in Chicago. With the collapse of his family's bank almost certain, Illinois Treasurer Alexi Giannoulias and Democrats have been calculating how it could affect his campaign for President Barack Obama's old Senate seat. Giannoulias was a senior loan officer at the bank for four years before he ran for treasurer, and questionable loans made to convicted felons during his tenure have dogged him in his run for the Senate. (AP Photo/M. Spencer Green, File) (M. Spencer Green)
--

President Obama will appear in Quincy, Ill., on Wednesday, to try to convince voters that the economy is recovering -- and that he's doing all he can to speed it up. But the event may say more about the vital signs of another guest than it does about the economy.

The Democratic candidate for the Senate seat Obama left to go to the White House, State Treasurer Alexi Giannoulias, will also appear in Quincy. (White House spokesman Bill Burton says Giannoulias' office has confirmed he'll be there.) Which may be an indication that Democrats, so far, aren't sufficiently freaked out about the seizure of Giannoulias' family bank by federal regulators last week to try to replace him with another nominee.

Giannoulias is trying as hard as he can to push back against the bank news; a TV ad he started running on Monday talks about it, blaming the failure on Republican policies, and pointedly notes that when he left the family business four years ago, it was in good shape:

The Republican in the race, Rep. Mark Kirk, hammered Giannoulias on the bank news last week. But the national GOP hasn't talked about it much -- perhaps because they don't want Democrats to think Giannoulias' candidacy is so badly damaged by the bank seizure that they do move to push him out of the way. Obama and Giannoulias used to play basketball together, but Attorney General Lisa Madigan was actually the candidate many Democrats wanted to run for the Senate seat. She decided to stick to the job she has, instead.