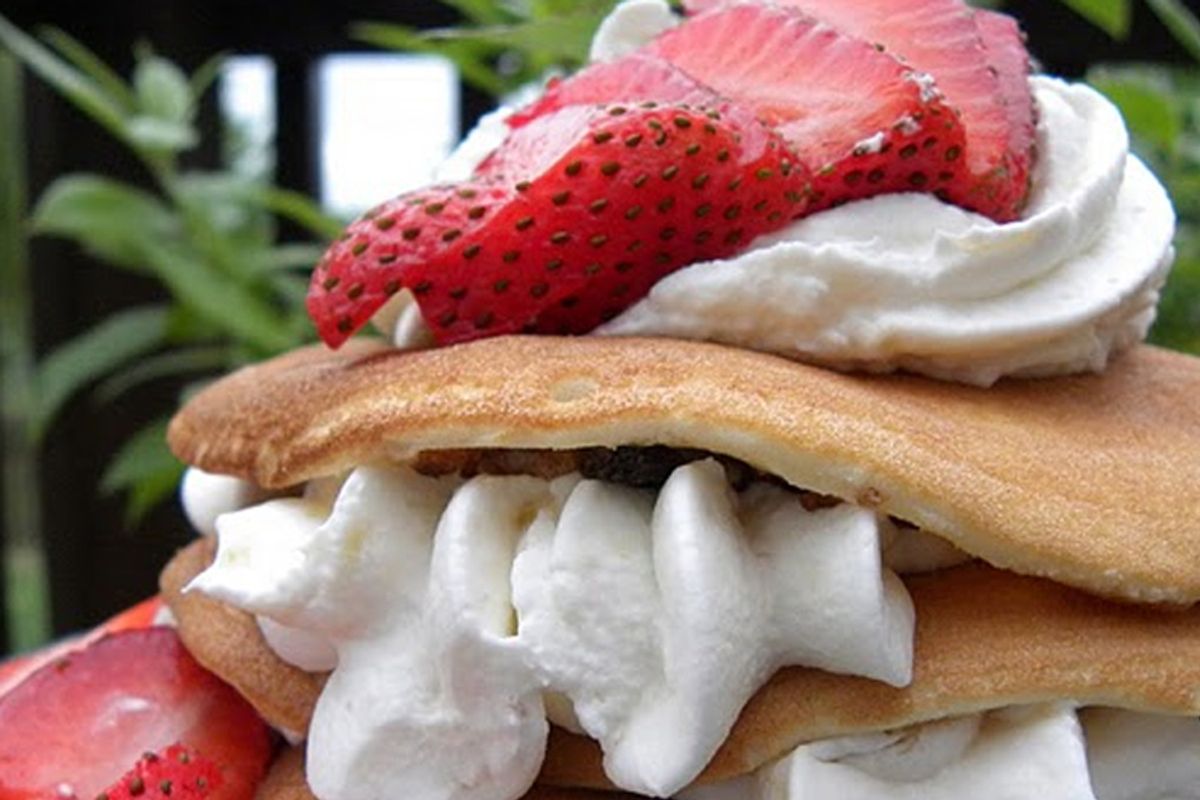 This winning entry for the Salon Kitchen Challenge -- in which we asked readers to come up with granola recipes -- comes to us courtesy of 1_Irritated_Mother. (Check out this week's Challenge here.) But there's something unusual going on this week. Fans of the Salon Kitchen Challenge know that it's a friendly contest of stories, recipes and the occasional semi-erotic love letter. There is one place where it turns ugly though: the vicious, bloodthirsty, hilarious Kitchen Challenge battles between 1_Irritated_Mother and I Am Surly. And this week, the peace, love and happiness week of granola, they brought their battle to the public. Congratulations, ladies. You both win this week. Now put the knives down!

"Got two reasons why I cry away each lonely night -- The first one's named Sweet Ann Marie, and she's my heart's delight" -- "Friend of the Devil," Grateful Dead

Born in 1960s California, I am nevertheless no fan of granola, though I do wear orchid-colored, beaded Birkenstocks from time to time.

Since I am not a true granola aficionado nor did I have the superior knowledge of the incomparable Stellaa on my side (like "some people"), I was required to do much research on the subject. Interesting tidbits include one of granola's earliest proponents, Sylvester Graham, a Presbyterian minister (often referred to as a physician), who was one of the first to publicly advocate vegetarianism or "Grahamism" in the early 1800s. He also invented graham crackers (which I adore). Next came "granula," which was made from Graham's graham flour in 1863 by Dr. James C. Jackson. Move forward to an 1876 Michigan sanatorium, some whole-grain cereal, the Kelloggs and a lawsuit -- and voilà, "GrAnola." It is also worth noting that a fellow named "Post" who was a resident of said sanatorium who went on to produce his own granola cereal known as "Grape Nuts."

According to most recipes, the basic ingredients of granola are whole grains, nuts, seeds, honey, vegetable oil and brown sugar. A syrup is made from the honey, oil and sugar; and the grains, nuts, etc., are tossed and then baked until crunchy. In my honest opinion, it's not really worth the trouble, nor does it lend itself to "green," but I marched on with a pure heart and the rebellious spirit of Allen Ginsberg.

I followed the basic technique using the back-to-nature ingredients I had on hand: rolled oats, coconut, walnuts and raisins. I made the syrup from honey, vanilla, sea salt, orange zest and cinnamon. I’m sure the people at my parents’ wedding shared those names. Well, except for maybe sea salt. Feeling my hippie roots refertilized, the earthy scent of walnuts wafting, my search for the diverse and alternative skyrocketed. Rather than use oil, I used homemade applesauce (per David Lebovitz). I substituted organic raw sugar and a little molasses for the brown sugar -- it just felt more ... righteous. The Man does not keep me down in the kitchen.

Suddenly and truly moved by the spirit of my brethren peace warriors, I neither measured nor weighed, but added amounts that lent themselves to my countercultural cooking experience. I didn't drop any acid or entertain my Wisteria Lane neighbors to a peyote ceremony, but I found myself really thinking about what it would be like to be completely free of societal chains and customary politesse and fully achieve the sensation of oneness with the spirit of love. I thought of Kerouac's "exploding like spiders across the stars" and Lennon's "You may say I'm a dreamer."

I thought about the lasting beauty that grew out of that hippie movement -- the poetry, the music, the brotherhood ... and then I looked at that big pile of granola. The connection between the two is along the lines of the connection between chocolate milk and brown cats. The rich depth of Joni Mitchell's lyrics and the intensity of Jimi Hendrix's guitar riffs only add to the underwhelming dullness of crunchy, sugared oatmeal. The more I thought about these tie-dyed revolutionaries, the more I knew that I had take a stand, to break the chains of the Salon Kitchen Challenge and overthrow the oppressive regime of Francis Lam and iamsurly, to engage with civil disobedience and delicious ingredients worthy of me, this friend of the devil, this woman on fire for something wonderful after wasting all that time making this damn granola.

(This is the part where I drink a lot of Southern Comfort and sing "Mercedes-Benz" into a wooden spoon.)

In an effort to stay true to the task and at the same time feeling the strength of my newfound freedom, which is "just another word for nothing left to lose" (and that has never been more true than it is right now), I took the path less traveled, and used my granola for good instead of birdshot. Using a basic pancake recipe I poured the batter on the griddle and added a light sprinkle of the homemade granola to the tops, then flipped, allowed them to finish cooking, and set them aside on a wire rack.

I mashed a banana with a bit of vanilla, set it aside, and whipped about a half-cup of heavy cream. When it was very thick, I folded in the banana and vanilla mixture and piped it as I layered the pancakes. Quickly topped with a few ripe, sliced strawberries, the result was not so much psychedelic, but still a testament to experimentation and unique style, and yes -- still contained granola.

In looking forward, I hope the legacy of the iamsurly v. iMom kitchen beat-down endures with soulful persistence and a growing sense of spiritual exploration in the kitchen. And to my worthy opponent, I leave you with the wisdom of the Byrds -- "A time for love, a time for hate, a time for peace, I swear it's not too late" (for me to kick your big ass).