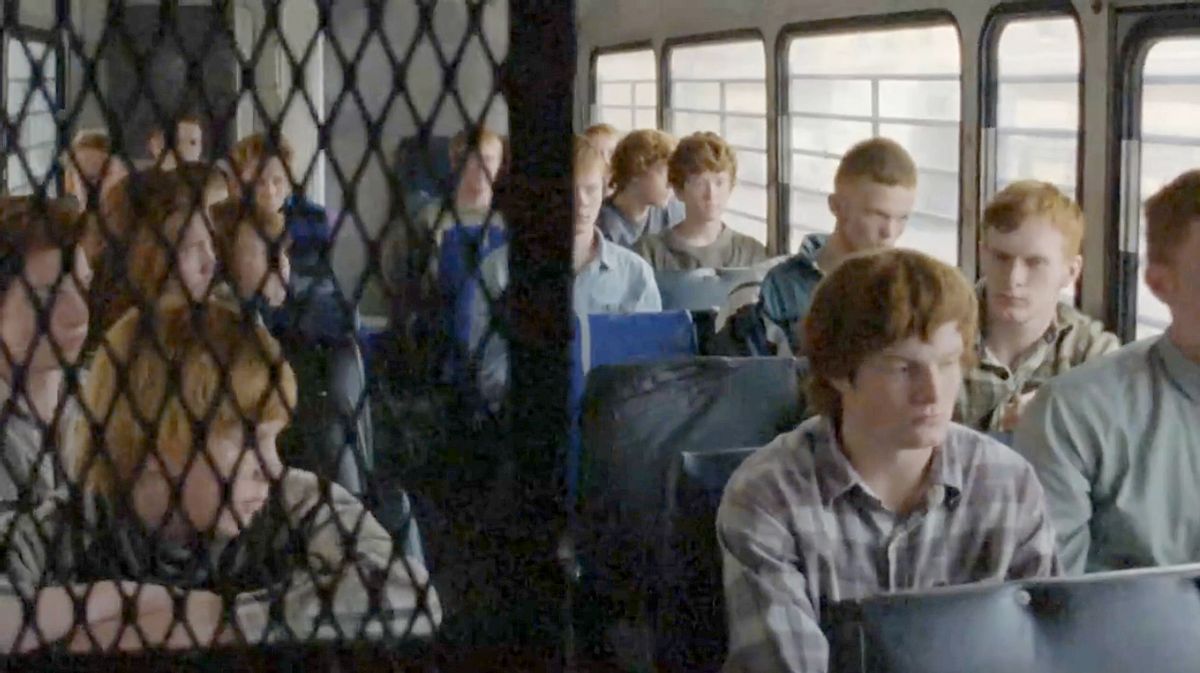 In her sprawling, bloody and visually arresting new video, M.I.A. imagines a dystopian future – one in which redheads are the target of a genocidal campaign.

Directed by Romain Gavras, son of the great, perennially political director Costa Gavras, "Born Free" has already ignited controversy since it debuted Monday. Shortly after the British singer-songwriter announced the video's debut via Twitter, she was complaining about her label, Universal Music, railing "FUCK UMG WHO WONT SHOW IT ON YOUTUBE!" She hastily backtracked on her claim, however, and though the clip is justifiably flagged for potential innapropriateness, it's readily available on her own YouTube channel.

Drumming up controversy is a ploy as old as the music video itself. And M.I.A.'s images of freckled, red-haired kids being rounded up are, on the surface, almost absurdly surreal. But the weird – and genuine -- recent spike in the attacks against "gingers" provides intriguing inspiration for a statement on prejudice, oppression and unfathomable cruelty.

The question is -- does it go too far? It's easy to get shock value out of sexual explicitness, while blowing people up generally remains as commonplace as this week's latest video game. The unrelenting brutality in "Born Free," however, is no shoot-'em-up romp. M.I.A. has built a career on making music that's as outspoken as it is danceable, and she comes by her politics honestly, as the daughter of a Tamil revolutionary whose early years were marked by civil war. But her nine-minute opus far exceeds the unnerving but mostly implied violence of notorious classics like Pearl Jam's "Jeremy" or Eminem's "Stan."  In a spring that's also brought us Lady Gaga's chained-heat pastiche "Telephone" and Erykah Badu's nudity and assassination-dappled "Window Seat," it would appear the ladies are owning it on the envelope-pushing front.

"Born Free" is hard to watch, and not what anyone could call entertaining. The song, by the way, isn't M.I.A.'s best. But it's also undeniably powerful, a lurid parable on the systematic ethnic cleansing that goes on all over the world. There's a moment in it that made me gasp as much as anything in "The Hurt Locker" and "Waltz With Bashir." And to say that the climax evokes a haunting scene in Jean-Pierre Melville's brilliant "Army of Shadows" is a testament to its gut-wrenching effectiveness.  When was the last time a music video made you feel something? When was the last time it made you think?

If you're anywhere right now where nudity, profanity and intense violence are an issue, you might want to wait to watch this. But when you get a chance, you should. It's a tough little masterpiece.