At long last, boys come to Pixie Hollow -- and that's a win for kids of both genders 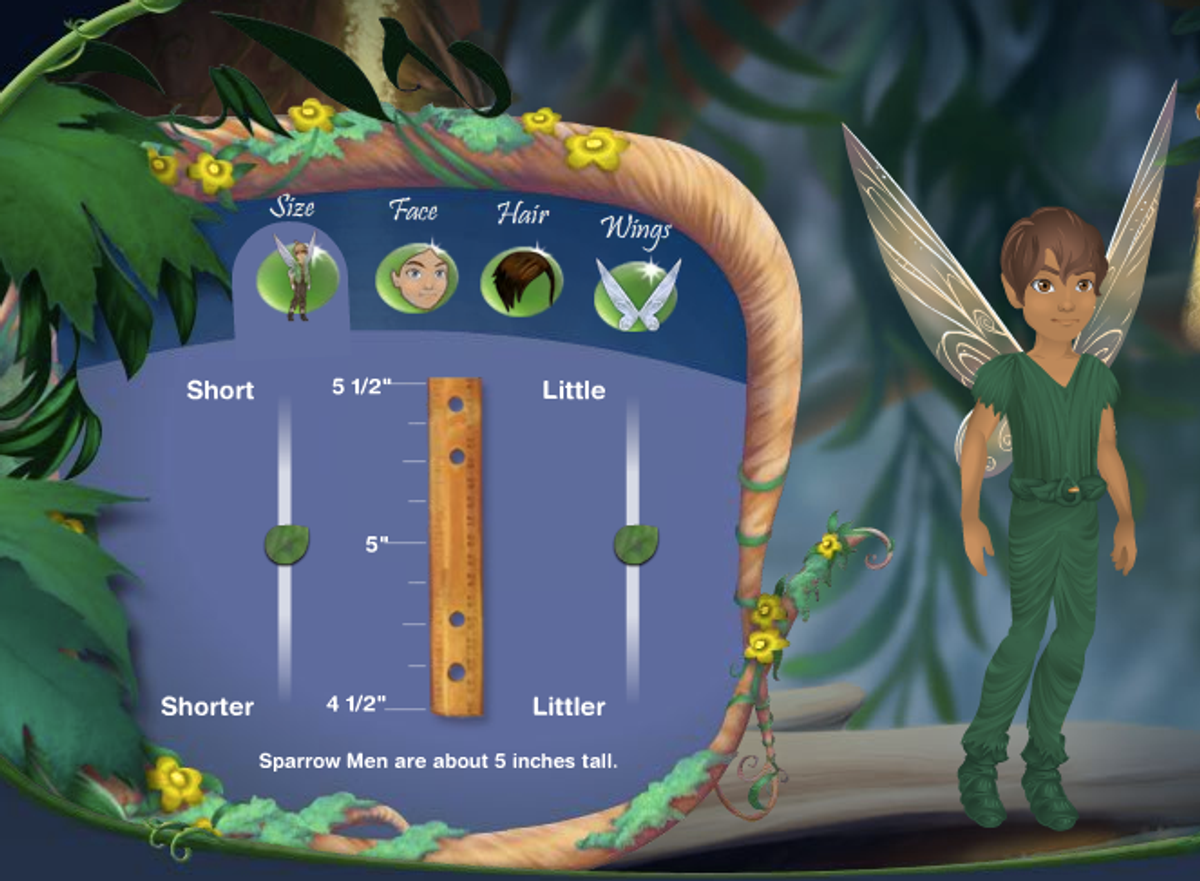 Today, after school, girls across the land will log on to Pixie Hollow, one of Disney's most popular Web sites, and become boys. Not just boys. Fairies who are boys.

Tinker Bell and her mischievous crew of fluttery scamps have been familiar to little girls – and their parents – ever since Disney rolled out the fairy franchise in the mid 2000s. They're a clever way of keeping girls who've outgrown the whole princess thing locked in the Mouse's clutches a little longer, and the closest thing Disney has to Bratz. And from the day the company launched its online community Pixiehollow.com in 2008, kids have been able to reinvent themselves as their own sparkly fairy avatars – as long as those avatars were girls.

But children are pretty resourceful little gender warriors. The open secret around the Hollow has long been that if you make your fairy tall, with short hair, and give her an ambiguous name like Jamie, she can pretty quickly establish a reputation as a he. Hey, Mom and Dad, we've got your rigid gender roles right here.

Why would children go to such lengths to make their Hollow a coed institution? For starters, for the same reason there's a Ken doll. My own 10-year-old got hip to the need for a masculine avatar soon after she created her first feminine one – so that "Coriander" could escort "Emma" around. But there are other reasons. Real live boys may be reluctant to admit it in the cafeteria, but plenty of them like Pixie Hollow, too. Why not? It's a pretty sophisticated virtual world, a visually rich place to hang out and play games, and a safe forum to talk to other kids. Also, you can fly around with your awesome wings. But maybe the most compelling reason for sneaking boys into fairyland is that despite our biological differences and the sex role expectations that start the moment we're wriggled into pink or blue booties, gender is a remarkably pliable thing. That's why little boys don't yet know there's anything unusual or transgressive about being single ladies  and why little girls don't really need Burger King to throw in a necklace to enjoy an Iron Man Meal. No matter how depressingly divided the toy aisle may remain, children rarely tend to see the world and their place in it as being quite so limited.

So it was a pleasant surprise this week when Pixie Hollow publicist Sweet Pea announced to the community that it was welcoming a new member. His name is Slate -- and he's the joint's first guy. Like Peter Pan's famous blond friend, Slate has talent for tinkering. And if you must know, he's not a fairy; he's a "sparrow man." Whatever you say, Slate. Nice wings, by the way. Slate's also quite the metrosexual – he thinks that "Coal's Clothiers has got some great Sparrow Man threads -- and my good buddy, Gavin, up in Evergreen Overlook has some amazing hats and accessories for Sparrow Men as well."

It's pretty clear that Slate will serve mainly as somebody else for little girls to dress up, a token boy in a flower-festooned pixie land. But his mere presence gives every kid the option of deciding for herself – and himself – their roles in that world. The fact that when young visitors create characters now they're presented with both a female and a male avatar and prompted to "please pick one" is a big deal for a generation that's going to grow up spending a portion of its life online. It says that there are choices.

When my 10-year-old discovered the presence of boy fairies – I mean sparrow men – the first thing she did was create a sandy-haired dreamboat named Drake with an uncannily Bieberesque air to him. The second thing she did was contemplate how this news bombshell would go over in her class. "Wait till I tell my friend Roberto," she said. "Now we can play together in the Hollow." There's nothing holding either of them back.