The show rebounded despite Kristin Chenoweth's dull ballads. We find the best moments and rank the musical numbers 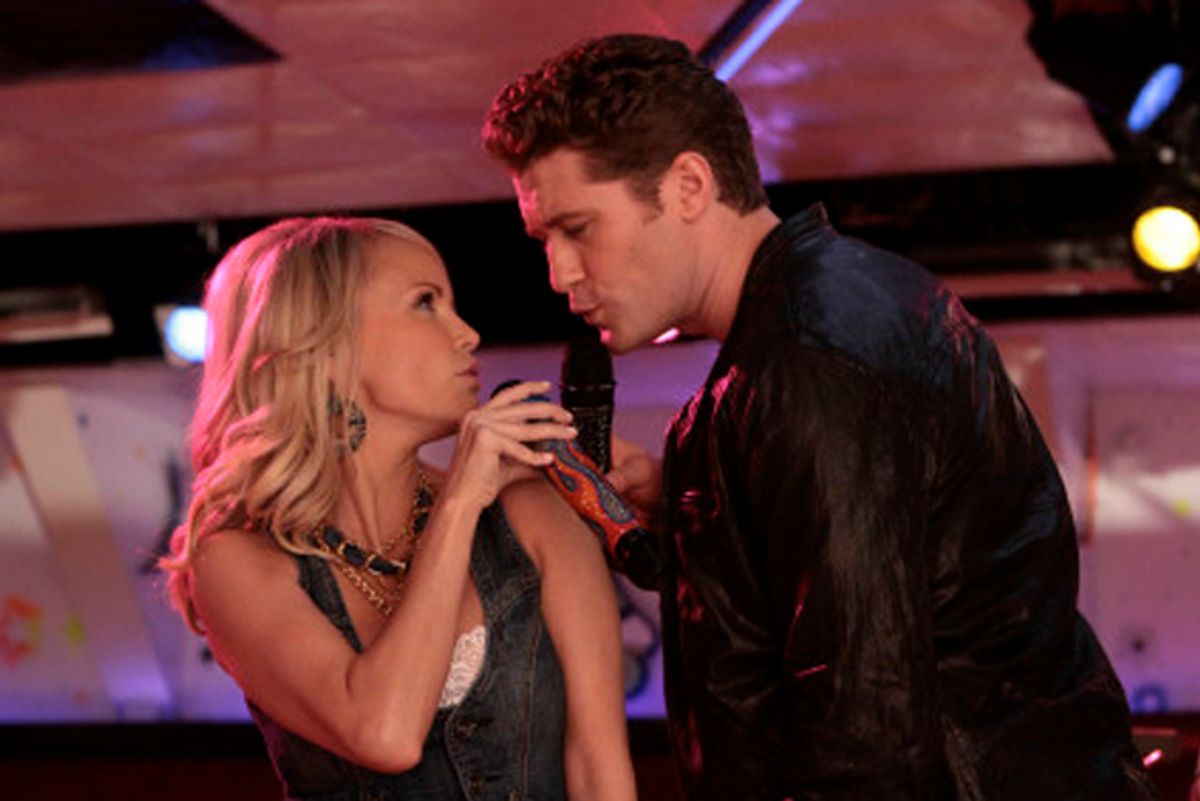 "Glee" reclaimed some of its former glory this week with some great stories and snappy jokes. Mean-spirited focus on Mercedes losing weight? Check. (Sue's advice? "You know, once when I needed to make weight for a cheerleading tournament, I had an elective hysterectomy.") Twisted matchmaking by Kurt (setting up his dad with Finn's mom) to get closer to Finn? Check. ("I want us to decide how to redecorate our room together!") Finally, some stories that are more than just filler between lackluster choral performances.

Of course, there were the usual clunky moments, like Kurt's ridiculous explanation of why he was about to sing "A House Is Not a Home," or Mercedes' truly cringe-inducing speech to the entire school before breaking into Christina Aguilera's "Beautiful." (You just break into song, people, you don't have to explain it first. Haven't you seen "Fame"?) Kurt did his best to blow the mood after Mercedes' excellent performance by telling her, "Thank you. I was wrong." Hey, "Glee" writers? Not every single character should express his or her emotions with insight and clarity. (When in doubt, think: Fonzie.) You keep making bitchy cheerleader Quinn sound like a 50-year-old guidance counselor, and we'll keep writing down her most ridiculous lines (see below) for you to cringe over the next day. Watching an hour-long dramedy about show choir shouldn't make us feel like we just got out of a marathon group-therapy session led by Burt Bacharach.

At any rate, here are a few of the highlights (and lowlights) of this week's "Glee," along with a little report card on the episode's five musical numbers. Please have the most die-hard "Glee" fan in your life sign it and return it to me first thing tomorrow.

Snappy Throwaway Lines of the Week

Kurt's dad: (to Finn while watching a basketball game) You know I hate Duke like I hate the Nazis.

April: (triumphantly) I haven't had a drink in 45 minutes!

Sue Sylvester Quote of the Week: (To Mercedes and Kurt) How do you two not have a show on Bravo?

Out-of-Character Psychobabble of the Week: (Quinn to Mercedes) When you start eating for somebody else, so that they can grow and be healthy? Your relationship to food changes.

It's hard to bungle a great song like "Fire," written by Bruce Springsteen and performed most memorably by the Pointer Sisters, and this duet between April (guest star Kristin Chenoweth) and Will (Matthew Morrison) proves enjoyable and unexpected. Their voices blend well together, and the roller rink is a good change of pace. Extra credit points: Will does The Snake mid-song.

Kurt (Chris Colfer) could easily be the most likable character on "Glee," and this week's desperate matchmaking and swatch-board madness almost touched the now-classic early-series episode where Kurt goes out for the football team. That said, while I love Colfer's voice, I wouldn't put a ring on this version of Burt Bacharach and Hal David's ballad, best known as sung by Dionne Warwick in 1964. Finn's (Cory Monteith) part is goofy and, after one too many "American Idol" performances, it may be safe to proclaim this song the "And I Am Telling You I'm Not Going" of the new millennium.

"One Less Bell to Answer": D

And now we begin to understand the downside of asking Kristin Chenoweth back to guest star, over and over again: We're going to be forced to sit through one dull ballad after another. This duet between April and Will, performing another Bacharach and David classic, seems to go on forever. At one point, they actually stare out the window and sing, mournfully. Oof. The whole thing is poorly staged and hits an absurdly loud climax that doesn't match the moment when the two lie on their backs in bed together. (Must be hard to hit those high notes on your backs, huh?) The overhead shot is cool, but the performance feels melodramatic and silly. One less ballad without dancers, please.

Aww, man. Even after Mercedes' (Amber Riley) deeply cheesy inspirational speech to a packed high school gym, in which she asks, "How many of you at this school feel fat?" and we pan across a crowd of slender, absurdly attractive young extras (But they feel fat deep down inside, get it?), it's still impossible not to love this song. Christina Aguilera's tune may be seriously dorky, it may go from 0 to 50 in a few seconds flat instead of building slowly, but Riley is fantastic and this is exactly the right piece of music for her. Moreover, we are beautiful no matter what they say, damn it! Aren't we? (Don't answer that. Words can bring us down.)

A final ballad ("Home" from "The Wiz," sung by Stephanie Mills, Whitney Houston and many others) by Chenoweth that's a) slow-moving, b) fits into the plot only loosely, c) isn't arranged uniquely, d) isn't imaginatively staged or choreographed and e) makes the whole episode feel unnecessarily somber. And you know what triggered an automatic half-letter-grade deduction? That close-up shot of Will Schuester, weeping appreciatively at the end of the performance. That's pure, unadulterated cheese, folks -- and not the tasty kind, either.

Even considering the endless balladry, the awkward psychobabble and Chenoweth delivering the vocal equivalent of jazz hands over and over again, this episode was definitely a step up from "Glee's" disappointing Madonna episode and its wretched spring premiere.

(Want to get an automatic boost up to the next letter grade, "Glee"? Take on ABBA. Oh sweet nectar of the gods, yes! We can almost hear Rachel humming "Take a Chance on Me" now.)