Charlie Crist will stop being a Republican tomorrow, probably

Unless he changes his mind, which he might, America's Bravest Politician is about to go independent 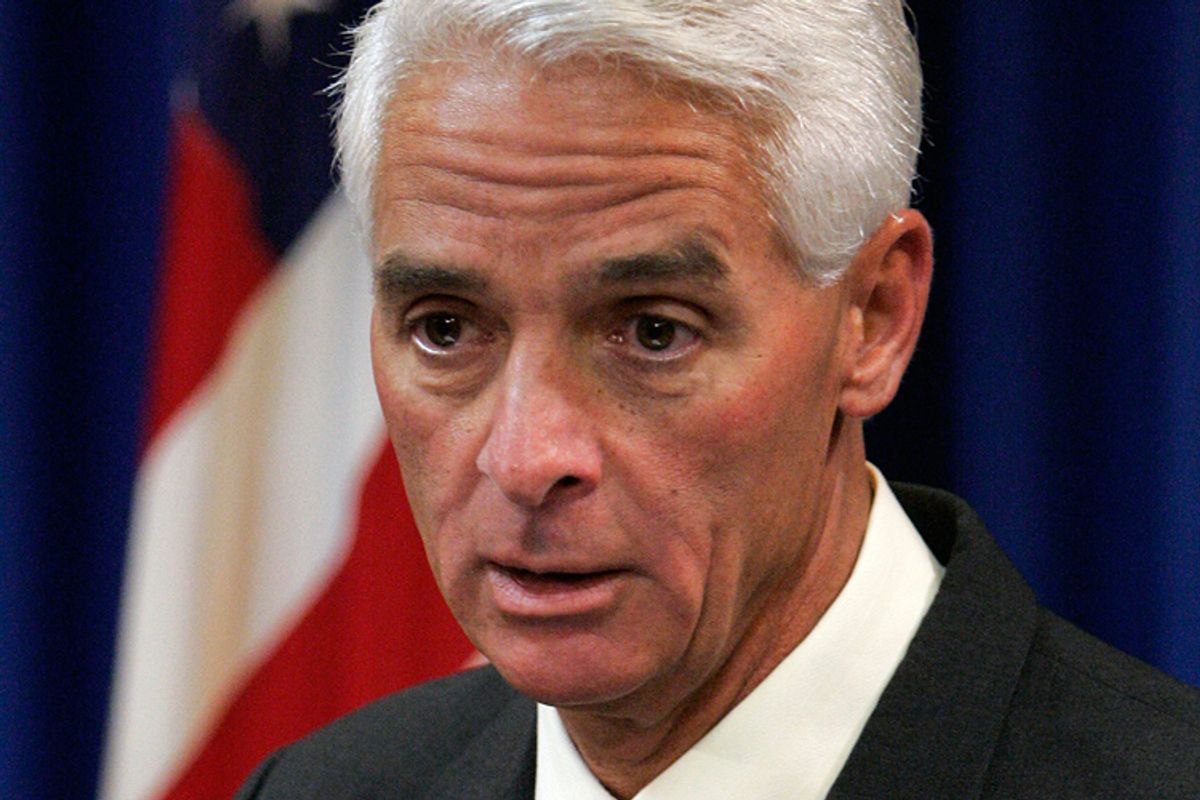 Tomorrow afternoon, Florida Governor Charlie Crist is going to pull a Joe Lieberman, and by that I do not mean that he is going to become the single least popular person in Connecticut. Crist is going to abandon the Republican Party and run for Senate as an independent. Unless he changes his mind. Which he might.

But don't worry! If you are a major Republican donor, he will maybe refund your money, he hasn't decided yet. Charlie Crist is America's Bravest Politician.

Crist was formerly the incredibly popular future of the Republican party with sky-high approval ratings from Democrats, Republicans, and independents. But then he was forced to responsibly govern his state as, nationally, his party decided that inane conspiratorial know-nothingism was way more fun than "governing" anything during a severe recession. (In their defense, it really is more fun to babble about birth certificates and socialism than it is to "try to keep a state afloat" when "there is no money.")

Now it's a three-way race: Marco Rubio, ultra-conservative dreamboat and credit card scammer, permatanned silver fox independent Crist, and a Democrat who was hoping the GOP candidates would literally fight each other to the death before the general election. I'd say it's a three-way toss-up, but Rudy Giuliani endorsed Rubio, so he'll probably come in third, or go to jail.

(If Charlie Crist really wants to win the Republican primary, and I suspect he still does, he should just somehow trick Marco Rubio into taking a trip to Arizona without his birth certificate.)

Update: It's official: Charlie Crist will magically become an independent at 5 p.m. eastern tomorrow. (Then will he be done being married to that lady? Probably not!) Maybe once he is an independent he'll get back to Tweeting regularly.