Is "The Killer Inside Me" too misogynist? 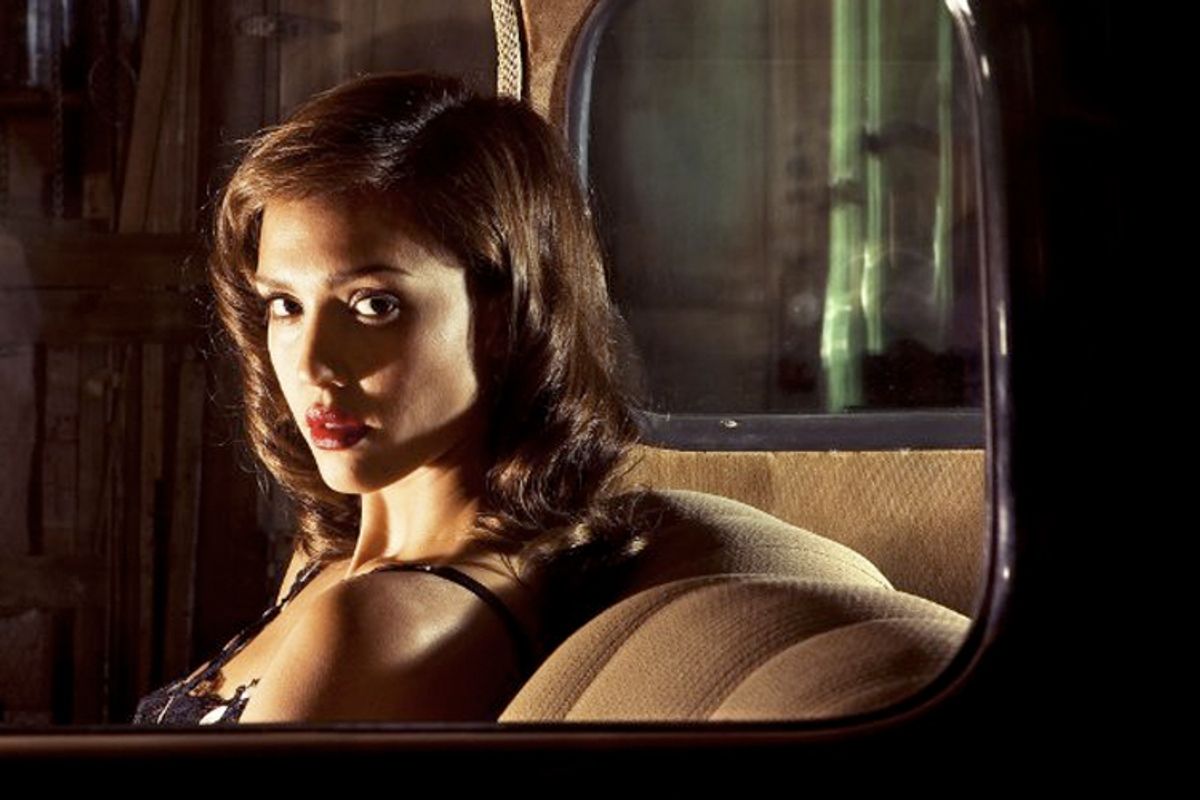 Jessica Alba in "The Killer Inside Me."
--

Long before any civilians had actually seen it, Michael Winterbottom's film "The Killer Inside Me" -- adapted from Jim Thompson's legendary 1952 crime novel -- became a blogosphere target as a purported example of Hollywood's pornographic glorification of violence against women. After the movie's Sundance premiere in January, a female audience member assailed Winterbottom and the festival during the post-screening Q&A: "I don’t understand how Sundance could book this movie. How dare you? How dare Sundance?"

There were reports at the time that co-star Jessica Alba, who plays a prostitute who is literally beaten to a pulp by Casey Affleck's deputy-sheriff protagonist, had walked out of that Sundance screening in disgust. Alba later denied this, and on Tuesday night at the film's New York premiere in the Tribeca Film Festival, she and other cast members (including Kate Hudson, whose character suffers a similar fate) mounted an articulate defense of Winterbottom and his movie.

"Believe it or not, when I read the script it was a little bit watered down from the novel," Alba said during an onstage chat with blogger and critic Glenn Kenny. "I read the novel and found it incredibly powerful. I took it to Michael and said, 'I want to shoot this.'"

What "this" means is a story about one of the most chilling antiheroes in fictional history. On some level, complaining that "The Killer Inside Me" is full of misogynistic violence is akin to reading "Moby-Dick" and objecting to all the stuff about whaling. Lou Ford (played brilliantly by Affleck) presents at first as a baby-faced, all-American small-town cop, who doesn't even carry a gun because crime in Central City, Texas, is nearly nonexistent. But beneath his ultra-normal veneer Lou has the tastes and background of a depraved European aristocrat (indeed, I suspect Lou inspired Thomas Harris' creation of Hannibal Lecter). He's probably the only person in Central City who reads Freud and listens to Schubert -- or whose sexual appetite goes quite so far into sadomasochism, and beyond.

Within the first few minutes of the film, Lou responds to being slapped and slugged by Joyce Lakeland (Alba), a hooker he's running out of town, by pulling down her panties and whipping her bare ass with his belt. Is this safe and sane, consensual S/M play? Absolutely not. Is it what they both want? Absolutely yes. The sequence is both erotic and violent, profoundly troubling and potentially arousing, designed to provoke a whiplash of emotional, psychological and libidinal responses. It sets the table for what follows: an exploration of the boundary between Eros and Thanatos, love and annihilation, that's at least as dark as anything found in the collected works of the Marquis de Sade and Georges Bataille.

Depending on your point of view, Lou is either a deranged sociopath or an inevitable product of his environment, and the genius of Thompson's novel -- and of screenwriter John Curran's extraordinarily faithful adaptation -- lies in the fact that interpreting what happens is entirely up to you. Lou himself does not understand why he does the vicious and bloody things he does (Affleck narrates some portions of the film in bursts of Thompsonian prose), and perhaps the best way to understand "The Killer Inside Me" is as a savage Biblical parable that might be about America, might be about masculinity and might be about human nature.

Now, the Tribeca premiere was a much different and more carefully managed event than the Sundance catastrophe. This was a relatively small audience of well-connected New Yorkers and film industry insiders, exactly the sort of people likely to pride themselves on their sophistication (I observed no walkouts). As mentioned earlier, the movie was followed by an intimate on-stage conclave featuring the actors and director, with no audience feedback invited. But make no mistake, this is an extremely tough film to watch, and it's meant to be. Some viewers will surely react with the visceral disgust that woman expressed at Sundance, and that's every bit as legitimate as a more detached and analytical response.

In the worst of several gruesome scenes in "The Killer Inside Me," Lou pulls on a pair of gloves and methodically sets about beating Joyce to death with his fists. (Spoiler police: This doesn't count, I promise.) This scene is shocking in its graphic and bloody depiction of violence, and perhaps more shocking in what it suggests: Joyce's eagerness for unbridled rough sex has opened the door to something much worse, and has even, in some sense, invited a brutal self-destruction that corresponds to her own self-hatred.

As Jessica Alba put it: "I think she bonds with him and encourages him to release his inner darkness. I think she's found her soulmate, her guy, and in some way she knows how it's going to end."

Worst of all, perhaps, is the way Lou keeps telling her that he loves her and that he's sorry, and then keeps on hitting her. "Hold on, sweetheart," he tells her, in a tender lover's voice. "It's almost over." He gets worked up through physical exertion, but seems emotionally calm and untroubled.

This scene raises many unmanageable and explosive questions, and it definitely does not present a politically palatable version of male-on-female brutality in an era when we have been trained to believe that sex is not violence and violence is not sex. Thompson's view (and Winterbottom's) is more fatalistic (and perhaps also more romantic) than that. I would even argue that the book and movie's portrait of Lou Ford pre-echoes some second-wave feminist ideas about men, women and rape: Male-female sexual relations, even in their normal guise, contain hints of violence, and it doesn't take much to tip them into apocalyptic darkness.

"The Killer Inside Me" will be released later this year by IFC Films, and a full review should wait until then. In the post-film discussion, Casey Affleck discussed the picture's aims admirably. "I hope there's room for discussion around this film, and room for people to tell us we're being irresponsible," he said. "But to me, irresponsible is when you have a movie where 300 people get killed by robots, and none of it matters, none of it registers. In this movie, we wanted the violence to seem real, and the victims of violence to seem real. I think we've been very responsible in how we approached the violence. I wouldn't have done the movie otherwise."