Ode on a Grecian bailout

What do you get when you translate A.I.G. into Greek? The eurozone's worst nightmare 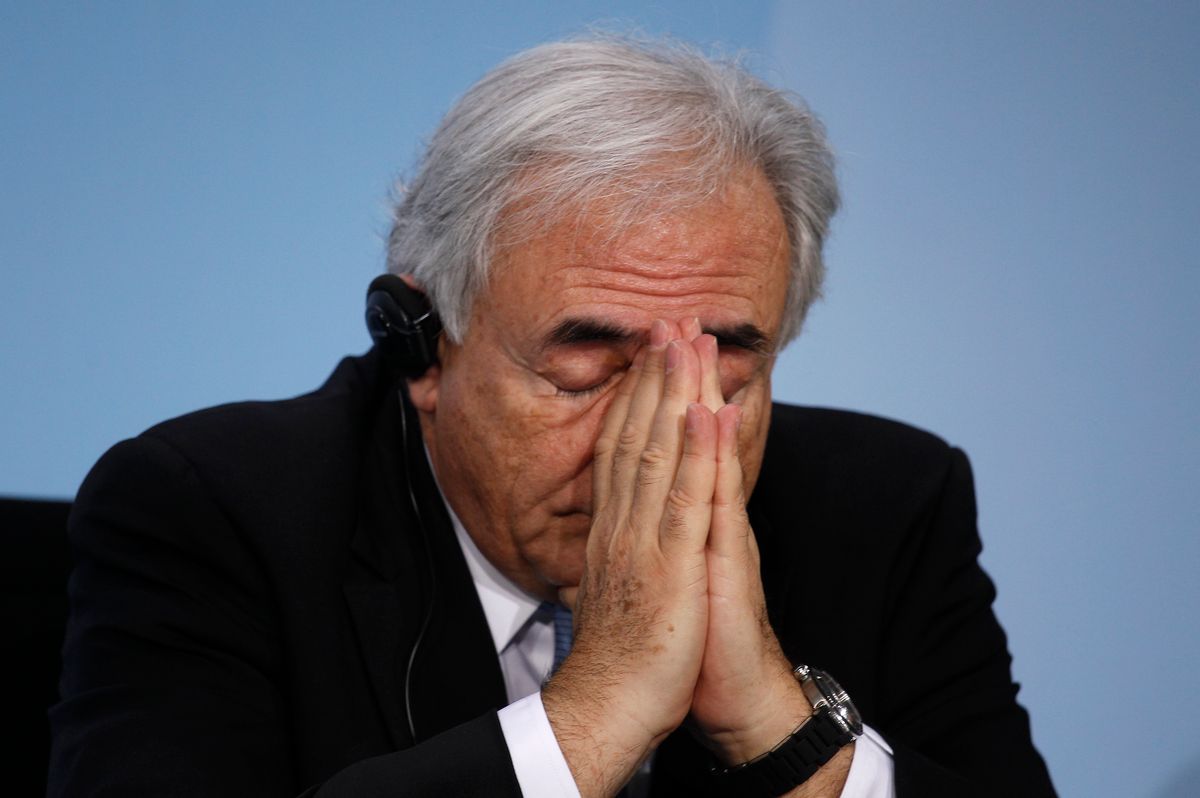 It's a pity that the eurozone -- the 16 European Community nations who share the euro currency -- isn't organized more like a European professional soccer league. If you suck at football in the English Premier League, you run the risk of getting "relegated" to a lower division. Yes, it's embarrassing and humiliating, but the competition is closer to your level, and if you get your game back in shape, you can always be "promoted" back up.

It should be automatic. If you can't keep your economic house in order, you should get relegated to the B division, and lose all the privileges that accrue to the elite. If a member of the eurozone, (oh I don't know, why don't we choose..... Greece!), is unable to adhere to the rule that limits annual government budget deficits to 3 percent of the national GDP -- boom, you're out! Go play with your drachmas and don't call us again until you've balanced your budget.

Of course, in practice, the eurozone seems to be a kind of common-market roach motel -- once you're in, you can never leave. The disruption would be too great, say the economists. For starters, switching back to the drachma from the euro would cause a domestic bank run of immense proportions as Greeks, fearful of immediate post-separation traumatic devaluation, rushed to transfer their cash assets out of the country.

Greece is in serious financial trouble. Government borrowing costs are sky high, public employee unions are threatening open rebellion if austerity measures are introduced, and a bailout from the eurozone's richer members is hotly opposed by people who don't happen to speak Greek. It's a mess, and enough smart people are warning of the potential for a global catastrophe that we should all be very worried. We recently lived through one lesson in the terrifying fragility of financial markets. We don't want another.

The disaster scenario goes like this. If the Greek government defaults on its bond obligations -- or just settles them for pennies on the dollar -- then the holders of those bonds -- including lots of big European banks, will face enormous writedowns. Next stop: Contagion! Other European nations facing dodgy fiscal circumstances -- Portugal, Spain, Ireland -- might follow in Greece's footsteps. And if enough weak sisters fall, the bigger, stronger economies will surely start to totter.

Right now, Greece is auditioning for the role played so well by A.I.G. in late 2008. Yes, we have been irresponsible and spendthrift, but if you don't bail us out, everybody suffers! Remember what happened when Lehman went bankrupt?

But Greece is also in a much more vulnerable position than A.I.G., since its fate depends on politicians from other nations, while its own citizens are naturally reluctant to make the living standards sacrifices necessary to pay off foreign bondholders. It's hard to see any happy resolution to the crisis, when the best-case scenario has Greece suffering through a brutal and deep recession.

Ironically, as Time's John Curran observes, for now, the U.S. is actually benefitting from Europe's woes. Every time concern over the global economy ramps up, investor dollars flow right back into the safe haven of U.S. Treasuries, keeping the U.S. government's cost of borrowing down near historically low levels. (It costs less for the U.S. Treasury to borrow cash now than it did during the Clinton administration, when the government was running a budget surplus.)

The bond vigilantes may have Greece on the ropes, but they're coming nowhere near Washington.

Yet. Living in California, I know all too well what happens when government revenue does not match government expenses and politicians are unable to reconcile the difference. Greece is reminding me a lot of California these days, and while I remain confident that now is not yet the right time for fiscal austerity in the U.S., I find the savagery with which the bond market is now hammering Greece to be more than a little chastening.