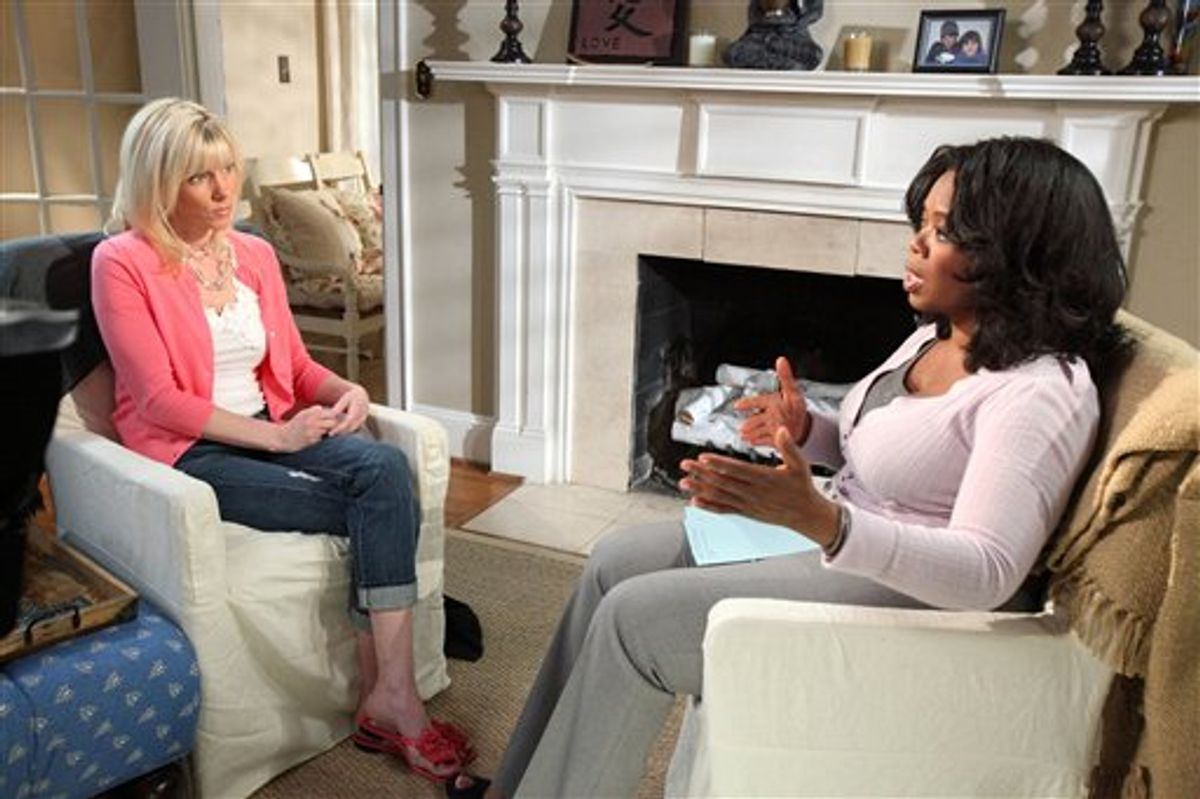 John Edwards' mistress said on Thursday's episode of "The Oprah Winfrey Show" that she doesn't believe she destroyed the former presidential candidate's marriage.

"It is not my experience that a third party wrecks a home," Rielle Hunter told Winfrey. "I believe the problems exist before a third party comes into the picture."

"So you don't think you wrecked his home?" Winfrey asked Hunter.

"I do not believe I wrecked his home," Hunter said.

Hunter's appearance on Winfrey's show is her first televised interview since the former North Carolina senator first admitted two years ago that he had an affair with her. In January, Edwards said he and Hunter have a 2-year-old daughter after initially denying it. He and his wife, Elizabeth Edwards are now separated.

Hunter told Winfrey she believes people see her negatively because of the affair.

"A lot of people bought into the myth of the marriage, the Edwards' marriage as being a storybook story and it was so perfect and so wonderful and I destroyed it," Hunter said. "It fits into the two-dimensional story line."

GQ magazine last month published an interview with Hunter in which she addressed the scandal. She told the magazine the affair ended in July 2008 and that the relationship is now something "different." She didn't say whether they are still romantically involved but said Edwards wants to be there for their daughter.

In quotes released by Harpo Productions on Wednesday, Hunter said Elizabeth Edwards didn't know about the full extent of her relationship with John Edwards until after he gave an interview to ABC News correspondent Bob Woodruff admitting the affair in August 2008.

"She didn't know until after the interview," Hunter told Winfrey. "He came clean with her after that interview."

Elizabeth Edwards appeared on "The Oprah Winfrey Show" last May and discussed John Edwards' infidelity, her struggle with terminal cancer and her memoir detailing how she coped with both. Winfrey did not mention Hunter's name during the interview, a condition Elizabeth Edwards requested.