Should we put every GOP politician behind bars?

Former Rep. Bob Ney is out of jail and suddenly concerned about the prison system 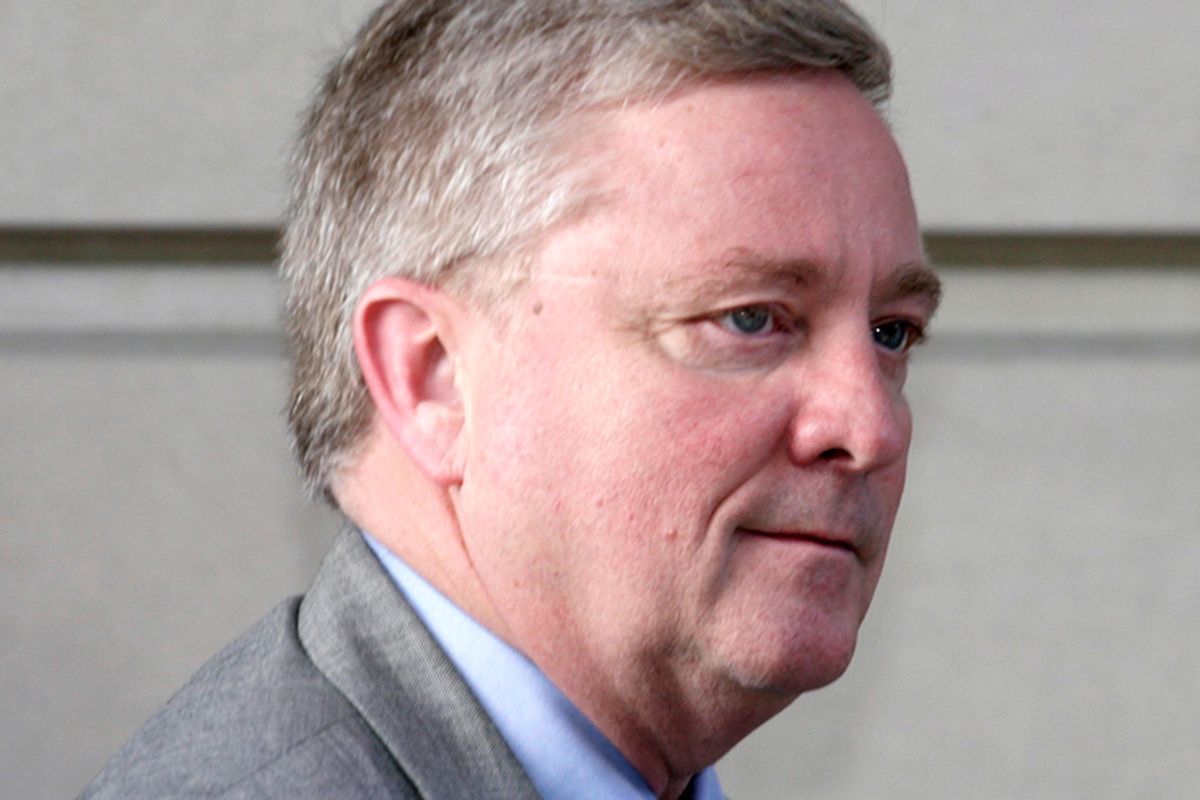 Former Ohio Rep. Bob Ney is out of prison and back in Washington, promoting the Jack Abramoff documentary "Casino Jack and the United States of Money." After a year-and-a-half in the federal pen, the disgraced Republican is suddenly an advocate for prison reform. And, according to Roll Call, he's got a great suggestion for how to fix our shameful prison system: send everyone in Congress to jail.

Ney said his time in what he calls the "Bush Housing Program," otherwise known as the penitentiary in Morgantown, W.Va., gives him unique insight.

"I think Members of Congress and judges before they are elected should be required to do prison time" Ney said.

Ney said that would give elected officials a broader experience to address a complicated system where drug addicts aren't rehabilitated, just housed in jails before returning to the streets.

Funny how that works, isn't it? Like how Dick Cheney supports marriage equality because he has a gay daughter? Apparently the secret to reforming all of America's institutions lies in somehow making elected Republicans personal victims of their failures. Can we get someone to deport Joe Arpaio? Or enslave and deny the humanity of Bob McDonnell's ancestors?

Some background on Ney: Back in 2007, he admitted to accepting hundreds of thousands of dollars' worth of free trips and thousands of dollars in gambling chips in exchange for doing favors for Abramoff and his clients. He got out of prison in late 2008, after serving 17 months of his 30-month sentence for conspiracy and making false statements.

Ney was almost comically corrupt -- he once conveniently "won" just enough money to pay off his $30,000 credit card debts on a $100 bet made with a Syrian businessman "friend" nicknamed "The Fat Man" -- though he blamed his entire downfall on the demon alcohol. His late-night e-mails are still great reading. When he went to the pen, he bravely quoted Garth Brooks in a sad missive to his remaining Capitol Hill friends.

So he is not the most influential or credible advocate for prison reform, but until we succeed in sending hundreds more elected officials to jail, he's the best we'll get.