Back when he was running for president, Clinton caught a break that the British P.M. surely envies right now 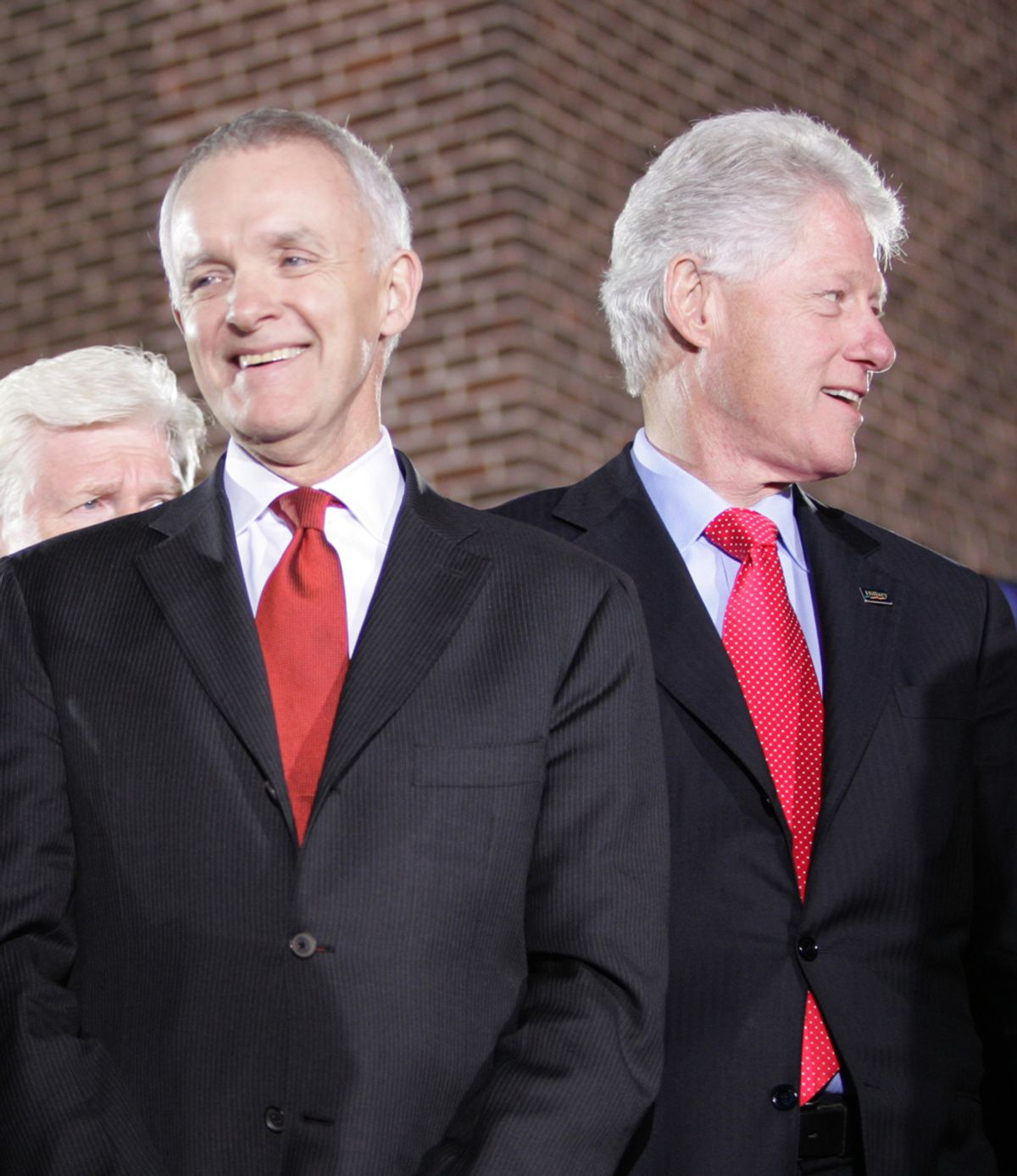 Gordon Brown was rightly mocked this week when he (briefly) scolded the media for airing the private conversation that now seems certain to drive him out of No. 10 Downing Street.

After all, what news organization would sit on a tape of a politician offering his explosively candid opinions just because that politician didn't first consider that there might be a microphone around? Actually, as Salon contributor Niall Stanage reminded me yesterday, there's at least one very respectable news organization that would -- and Bill Clinton is probably thankful for it.

Back in November 1991, when he was running for the Democratic presidential nomination, Clinton was at a New Hampshire fundraising event for Dick Swett, who was then the state's lone Democratic congressman. Another candidate, Bob Kerrey, was there too -- and so was C-Span's camera.

As the story was reported (by none other than Chris Matthews, who then wrote for the San Francisco Examiner), the cable network picked up a conversation between Clinton and Kerrey, who were standing offstage together. At one point, Kerrey made a crude lesbian joke involving two women who were seated nearby and Jerry Brown (who was also running for president but who wasn't at the event).

(For those who are curious what the joke was, here is how Matthews recounted it in the Examiner: "Jerry Brown walks into a saloon and sees two good-looking women sitting at the bar. Governor Moonbeam remarks to a bystander that he'd really like to lay some lovin' on one of them. The bystander tells the governor that he's wasting his time, that the two ladies have lovin' on their minds, but only for each other. The bystander describes what one of the women wants to do to the other. 'Gee,' says Governor Moonbeam, 'that's just what I'd like to do, but would that make me a lesbian, too?'")

Matthews' report sparked a brief media firestorm, with gay rights groups demanding an apology from Kerrey (and pushing him to endorse sweeping gay rights legislation as penance). Brown piled on, too. It was a costly episode for Kerrey, who had entered the race as an early favorite for the nomination. (His decorated Vietnam service was seen as a valuable credential for a campaign against the post-Gulf War George H.W. Bush.) Eventually, Kerrey offered a mea culpa, chalking it up to the "locker room" atmosphere of the event (a roast of Swett), but his New Hampshire campaign never gained momentum and he was an early casualty when the primaries began.

Notably, the actual tape of the encounter was never released. C-Span, the only media outlet to capture it, refused to air it, stating that its policy was not to play conversations that politicians believe are private.

Ten years later, we learned how valuable that policy was to Clinton. Just after he left the White House in 2001, Clinton met up with Kerrey for dinner in New York, where they both had moved. Their loud conversation eventually turned to that '91 incident, several patrons overheard them, and once again the press was left to report that Kerrey had told Clinton a lesbian joke.

But this time, Kerrey offered a fuller explanation. In brushing off the incident to reporters, he explained that he and Clinton had been laughing over how C-Span's microphone had failed to pick up Clinton's own off-color joke back in '91.

"He told me a lesbian joke and I told him one in response," Kerrey said. "They couldn't understand him and I was clear as a bell. So we were laughing about that. It's a lot funnier now than it was when we were in it."

So there you have it. It’s not just Bill Clinton's political skills that Gordon Brown lacks -- it's also his luck.