What could possibly go wrong with a Democratic proposal to issue mandatory national ID cards? 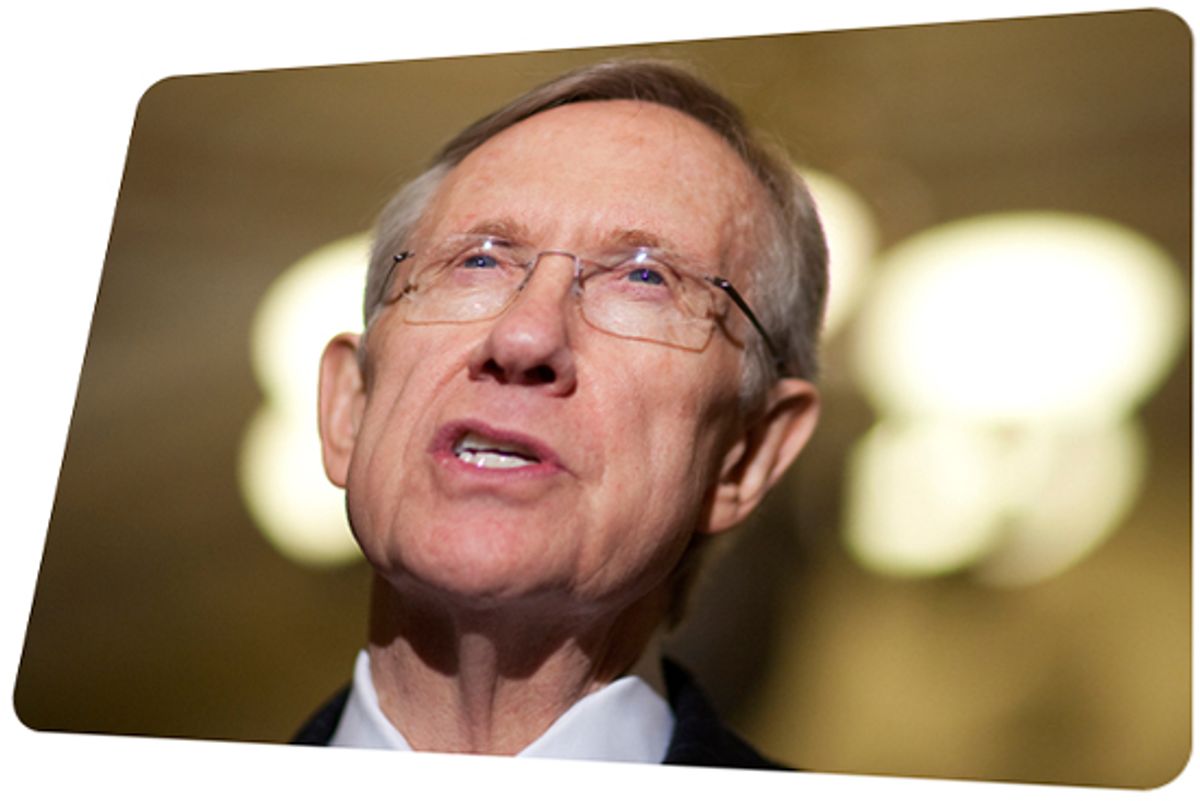 Senate Majority Leader Harry Reid wants to go big on immigration reform. With Arizona's draconian new immigration law in the headlines, it should be a great way to split the Republicans and rally the Democratic base. Unless it all just becomes a huge shitstorm over biometric national ID cards.

Democrat Chuck Schumer and heroically whiny Republican moderate Lindsey Graham recently spent weeks hammering out vague areas of agreement on the immigration thing so that Republicans could announce that they made a good-faith effort at bipartisanship -- even though it was basically predetermined that Lindsey would get upset over some bullshit thing or another and back out. (They ended up with an Op-Ed and Lindsey immediately threw a tantrum when he learned that Reid might want to do immigration before climate change.)

One thing Reid and Schumer agreed on was the necessity of a new national biometric Social Security card for every American worker, because national ID cards hit the sweet spot where Democratic government overreach and Republican police state affection overlap.

And here it is, in the "Conceptual Outline" of the Democratic immigration reform proposal, with an Orwellian name and a laughably inept attempt to make it not quite sound like a proposal for a mandatory biometric national ID card.

This is just fantastic politics. As White Populism and the new Know-Nothingism sweep America, Harry Reid is going to stake the political future of the Democrats on both helping immigrants and forcing those few citizens who still have jobs to register their fingerprints with the federal government. (Not that I'm criticizing good policy because it's "bad optics." I'm firmly on the side of the ACLU and the Cato Institute on this one.)

Ezra Klein says it's odd that the right-wing cranks who hate immigrants the most are also the ones most likely to oppose the creation of biometric national ID cards to determine citizenship status, but it really makes perfect sense: only illegals should be trapped like grasshoppers, microchipped, and sent "home." An ID card for American citizens is fascism.

Senate Democrats are also still in the middle financial reform, and some nutty idealists wanted to tackle climate legislation before their inevitable crushing loss in the midterms, on account of we will all basically die if nothing huge is done to fix that mess very soon. (They also need to ratify an arms treaty and confirm a Supreme Court nominee. Good luck, Harry!)