A farmer's group wants to rename the vegan beverage, because a lot of Americans are supposedly very, very confused 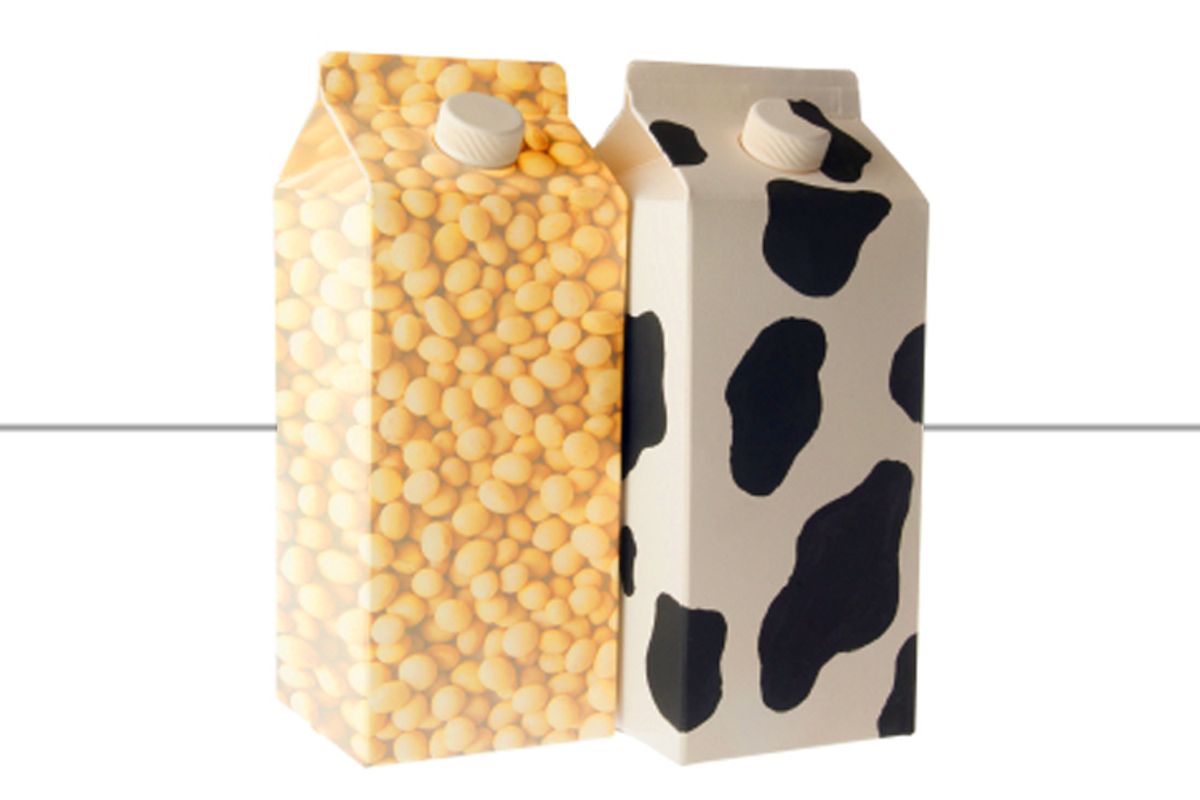 If you've been drinking soy milk for the last decade, amazed by the fact that something so strange-tasting could come out of the udder of a cow (and terribly confused why it's named after an east Asian legume), the National Milk Producer's Federation has some big news for you: Soy milk doesn't come from an animal! Oh ... sorry -- didn't mean to make you spit out your Silk.

The NMPF, a nearly 100-year-old group that helps to advance the cause of 40,000 American dairy farmers, is very worried that a lot of Americans are very, very confused (and possibly a little on the slow side when it comes to dairy choices). The group launched a petition yesterday asking the FDA to crack down on what it calls the "misappropriation of dairy terminology" that's misleading American consumers into thinking that products made out of soy, nuts, hemp and a variety of other non-animal products and combined with words like "milk," "cheese" and "yogurt" are actually the same as products made from animal milk.

"The FDA has allowed the meaning of 'milk' to be watered down to the point where many products that use the term have never seen the inside of a barn," the group's president and CEO Jerry Kozak said, in a press release. The group singles out "imitation milks made from hemp, rice, almonds, and other plants, legumes and vegetables; yogurts made from soybeans and rice; and cheeses made from soy, rice, and nuts." And this kind of rampant bait-and-switch behavior, apparently, is hurting dairy farmers' business.  (The group also points to hilarious imitation-cheese products like "cheeze.")

Of course, the folks at NMPF have a point. Soy milk is, in fact, not milk -- it's produced by grinding up soy beans, removing a fiber called okara, and adding vitamins, water, minerals and sugar. Soy milk is also, in many ways, healthier than regular milk -- it contains natural antioxidants called isoflavones, and is now often fortified with calcium -- and greener, with soy milk protein being 13 times more energy-efficient to produce than regular dairy protein.

While it's hard not to admire the group's dedication to semantic accuracy (I, for one, can't wait for the turkey industry's attack on tofurkey), it's probably pretty unlikely that the people who are buying products as expensive and specialized as hemp milk and rice yogurt are doing so by accident. The consumers for these products tend to be middle-class and health-conscious eaters, vegans and people with dietary problems that restrict their eating options. Of course, maybe I'm missing out on a large contingent of oblivious Americans who walk up to the milk aisle in the supermarket and can't control themselves from buying things (anything!) that looks vaguely like dairy.

And, of course, the biggest problem with the group's petition is that it doesn't even provide a suitable alternative for "soy milk." Soy liquid? Soy drink?  And then there's one option proposed by New York anchor Rosanna Scotto: Soy jizzum. Now that's something that clearly won't lend itself to misunderstanding. At all.