Straight to DVD: "The Descent, Part 2"

As good as the skin-crawling, claustrophobic original? Nope, but still the S2DVD release of the year so far 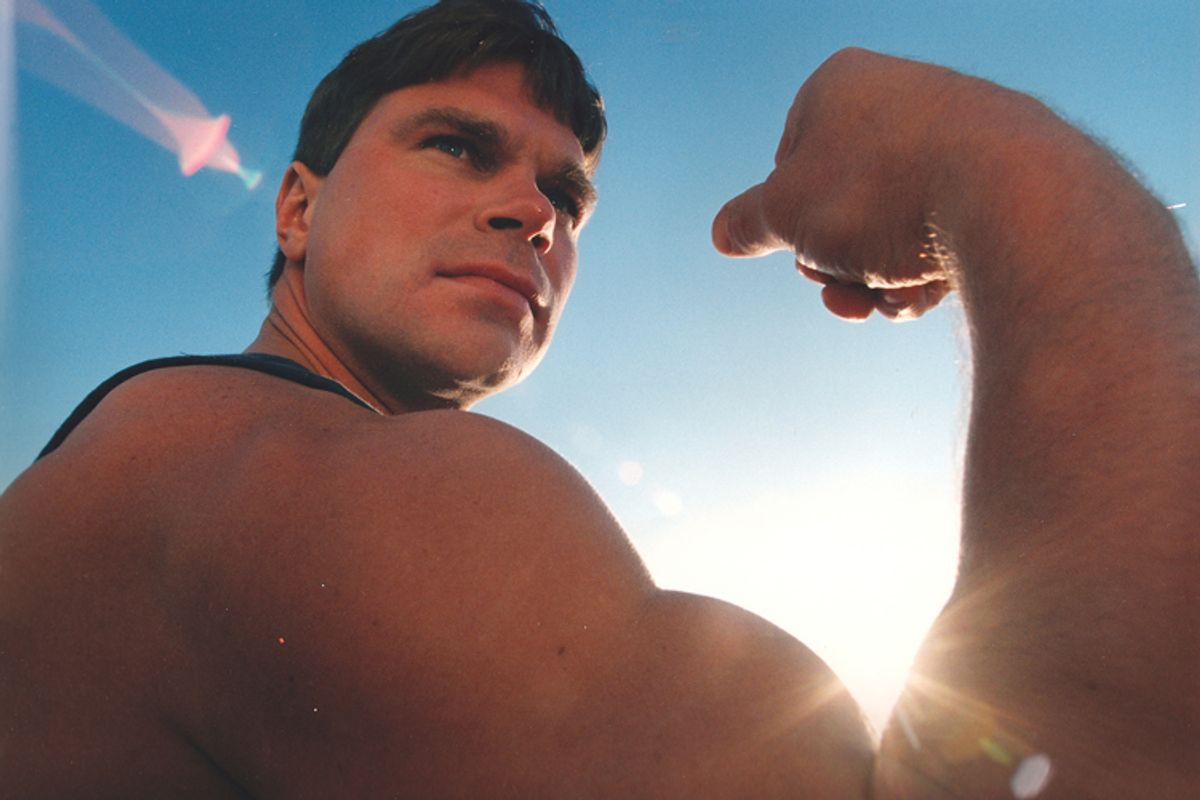 Few things evoke more primal fear than darkness and confinement. The dread of feeling your way through narrow corridors where one misstep could send you plummeting down an unseen pit or plunging into a putrescent pile of goo has been best conveyed by the horror novel or short story. The horror stories of Robert E. Howard, such as "Pigeons From Hell" (silly title, great story), are filled with scenes like these and even his fantasy heroes such as Conan or Solomon Kane often find themselves navigating through tight spaces with little or no light. (Howard was pen pals with H.P. Lovecraft, after all.)

But film, a medium based on the manipulation of light, hasn't always been the right venue to convey these fears. Roger Corman's Poe movies of the '60s talk a lot about being buried alive, but due to the technical limitations of the time, everything is too brightly lit in "The Premature Burial" (1962) and "The Tomb of Ligeia" (1964) to show us, let alone make us feel, that combination of claustrophobia and blindness. Instead, Corman was forced to make do with overwrought dialogue delivered by Vincent Price or Ray Milland to let us know that waking up in one's own grave is a serious bad trip. Ridley Scott handled the inching through poorly lit crawl spaces a lot better in "Alien" (1979) after film stocks had improved to allow shooting with less light, but "The Descent" (2005) was the first movie to dwell in such high levels of darkness. "Alien" had that strobe light. "The Descent" was lit only with glow sticks and flashlights.

"The Descent" follows a group of mostly British gals who take a wrong turn while exploring Appalachian caves and plunge into a nest of blind, flesh-eating anthropoids that climb walls and track their prey through sonar. But the monsters aren't even hinted at for the first 50 minutes of the movie's runtime. Like John Boorman's "Deliverance" (1972), another movie about a backwoods trip gone awry, the film's setting proves to be the harshest adversary and generates much of the tension. Where treacherous rapids hobble Burt Reynolds in "Deliverance," the women in "The Descent" brave cave-ins and bottomless pits with the thought that they may remain stranded in those creepy caverns. The arrival of the cannibal creatures almost relieves the tension by infusing "The Descent" with the kinetics of the action movie. To go back to Robert E. Howard, the women who aren't done in by geology become rather Conan-like as they use climbing instruments to hack through hordes of beasties.

By avoiding or at least minimizing exploitation movie excesses, "The Descent" became a sleeper hit in 2005 and made its way onto the 10-best lists of the Washington Post and the Village Voice. It was the thinking person's horror movie in a market crowded with "Saw" sequels and Michael Bay remakes of classic splatter films. Despite critical good will, its $26 million American gross was hardly enough to keep "The Descent: Part 2" from going straight to DVD. For reference, "Saw V" did bigger box office in its opening weekend than "The Descent" did in its entire U.S. run.

Like "Cabin Fever 2," another sequel to a recent horror hit that went straight-to-DVD this year, "The Descent: Part 2" picks up where the first film left off. Sarah Carter (Shauna Macdonald) emerges from the catacombs with a heavy case of PTSD, only to be forced back into the underworld by an overzealous sheriff (Gavan O'Herlihy) who hopes to make a name for himself by finding any survivors from that ill-fated first expedition. Sarah, the sheriff, and a rescue team with British accents (both movies were filmed in Scotland, despite their U.S. setting) take a shortcut through an old mine shaft to save all that time spent rock climbing in the first film. The rescue team is quickly beset by CHUDs (for lack of a better term) and fingers are munched, monster heads are squished by boulders and arms are hacked off with climbing equipment.

Where director Neil Marshall was careful to make the lighting stem from on-screen sources in the original film, first-time director Jon Harris (editor of the "The Descent" and "Kick-Ass") doesn't adhere to his predecessor's attention to detail in "Part 2." There's an awful lot of unexplained light in those caves this time around, making it easier to see the gory set-pieces yet robbing "Part 2" of the narrow circumference of darkness that made the original so intense. The movie has lots of claustrophobic scenes, but not much in the way of actual claustrophobia.

But saying that "The Descent: Part 2" isn't as good as the stylish original is hardly a knock against it. In the pantheon of horror sequels where "Howling II: Your Sister Is a Werewolf" or James Cameron's "Piranha Part Two: The Spawning" represent the median, "The Descent: Part 2" is at least the "Magnificent Ambersons" of fright-film follow-ups, if not quite the "Citizen Kane." "The Descent: Part 2" packs some good scares, solid production values and cool-looking monsters. It's with this in mind that I'm awarding this movie the much-coveted "S" ranking on my newly minted SHITE meter. "The Descent: Part 2" shoulda made it to the multiplex, as the S indicates. Now, there's a part of the third act where it goes careening down Stupid Mountain, but that's hardly enough to keep it from earning its S when you consider the existence of the "Transformers" franchise. "The Descent: Part 2" is the best straight-to-DVD movie I have seen so far, period. It's a worthy second installment.