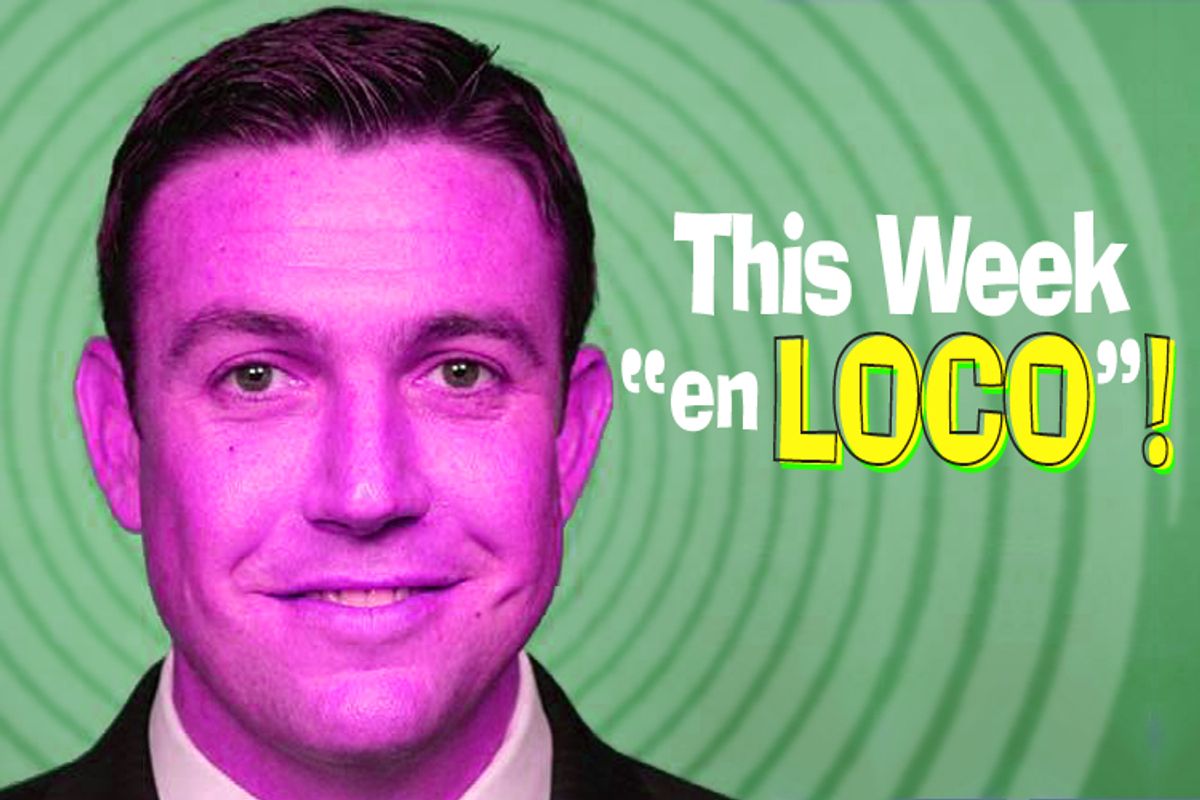 Take it from Bill Kristol: The Tea Party is just trying to protect the U.S. Constitution from assault by President Obama and his Democratic "gangster government," to use the words of Tea Party champion Rep. Michele Bachmann. On Fox News Sunday a few weeks ago, Kristol went so far as to hail the sanity-challenged Bachmann for her constitutional passion and expertise.

So this Sunday, I hope someone asks Kristol to explain Rep. Duncan D. Hunter's proposal, at a San Diego County Tea Party rally last weekend, to deport the U.S.-born children of illegal immigrants and strip them of their American citizenship. Hunter's crazy notion was reported by former Salon staffer and Capitol Weekly editor Anthony York in the Los Angeles Times on Wednesday. You can watch the video, below.

"Would you support deportation of natural-born American children that are the children of illegal aliens," Hunter was asked. "I would have to, yes," Hunter said. "... We simply cannot afford what we're doing right now," he said. "... It takes more than just walking across the border to become an American citizen. It's what's in our souls."

I'm not sure Hunter has a soul.

Where to begin with the crazy? I guess I'd start with the 14th Amendment of the Constitution, which grants citizenship to anyone born here. Is Hunter backing the repeal of an amendment to our Constitution? Actually, he is: He's a co-sponsor of the Birthright Citizenship Act of 2007, which would essentially overturn the 14th Amendment and withdraw citizenship to the children of people who are here illegally.

What would the Founders say? (I'd bet Hunter would have no more success naming the Founders than Sarah Palin did.) Will Michele Bachmann head to San Diego to lead a protest against Hunter's assault on the Constitution? Where the hell is Dick Armey? Sadly, but predictably, those fervent Tea Party defenders of the Constitution cheered Hunter's attack on it. Hypocrites.

But Hunter's form of crazy isn't random, it's hereditary. His dad was Rep. Duncan L. Hunter, the arch-conservative who sponsored the building of a 700-mile fence along California's border with Mexico. Scapegoating immigrants runs in the family. Coincidentally, or maybe not, our runner-up for This Week in Crazy is another scion of a conservative family, Tim James, son of former Alabama Gov. Fob James, who reinstituted chain gangs in his state. The younger James made national headlines this week with a dopey ad in his run for governor, urging Alabama voters to support his effort to make sure driver's tests are given only in English. "This is Alabama," he drawls. "We speak English. If you want to live here, learn it." Alabama has one of the nation's smallest immigrant populations, so James' appeal is pure right-wing xenophobic demagoguery.

In the wake of Arizona's probably unconstitutional immigrant-profiling law, at least seven states are contemplating the passage of anti-immigrant legislation, Think Progress reports.

The crazy, it's contagious.