A spy novel for the 21st century 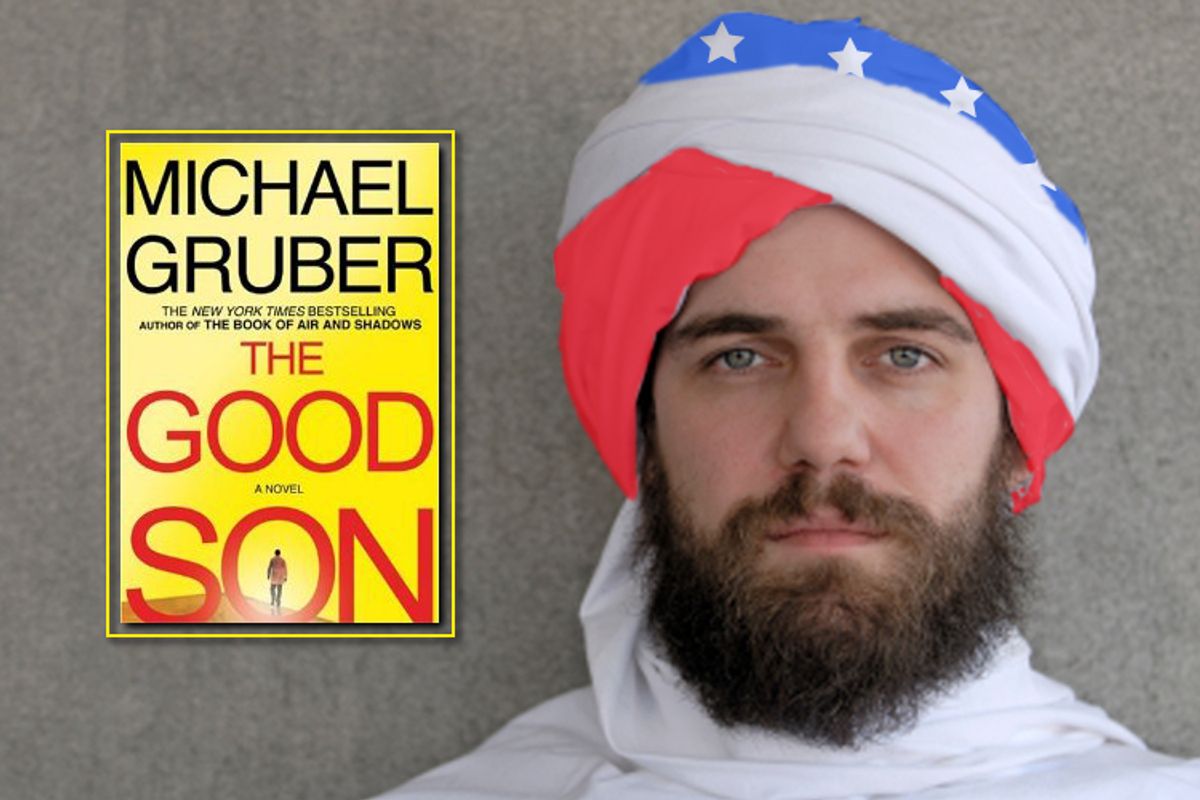 "I have been a kind of undercover person from birth almost," says one of the two main characters in Michael Gruber's "The Good Son," "and I am bound to offend those who like neat classifications." Not an improbable statement, coming from a major player in a spy thriller — if "The Good Son" can be accurately described as a spy thriller. It is that, and yet it's a lot more. Like Theodore Laghari, the above-quoted "undercover person," this novel slides in and out of conventional identities with a facility that would be disturbing if it weren't so damn smooth. Adeptly plotted yet philosophical, worldly yet preoccupied with moral truth, it's a book to provoke comparisons with John le Carré and Graham Greene, while at the same time eluding the ideological constraints that weigh so heavy on those masters.

Theo is the son of Farid, "a grayish presence who teaches the development of international law at Georgetown and spends a lot of time with his large collection of British Empire stamps," and Sonia, a woman of infinite variety and a checkered past, currently working as a Jungian therapist. En route to a conference on the therapeutic aspects of regional conflict resolution in Kashmir, Sonia and her fellow luminaries are taken hostage by a band of mujahedeen in Pakistan's North-West Frontier Province. Theo — who works as a "shooter" for a semilegal special-forces outfit he describes as the U.S. Army's "own little CIA" — determines that the only way to save his mother is to engineer an incident that will trigger a U.S. attack on Pakistan, providing the cover for him to extract her from the village where she's being held.

"The Good Son" constitutes a startling departure from Gruber's last two novels, which were excellent, high-end literary thrillers featuring an assortment of self-thwarting, thoroughly Eurocentric characters chasing around after long-lost masterpieces by Shakespeare and Velázquez. "The Good Son" is so deeply engaged with Central Asia that a newcomer to his fiction might erroneously conclude that Gruber had spent most of his life studying the subject. What's most impressive about "The Good Son" is the way the author gradually recalibrates his readers' perspective to align with that of Theo and Sonia, people who, despite their American citizenship, unconsciously see Pakistan as the center of the world. This is despite the fact that Theo has been fighting on the side of the Great Satan, and Sonia has had a fatwa on her head for decades, the result of two memoirs she wrote about traveling the Muslim world disguised as a boy.

Both mother and son are chameleons; Theo can pass for an elite American soldier (Gruber has got the casual, can-do diction of this kind of guy down cold) even though he spent his childhood as the petted scion of a Lahore magistrate, and his youth in Afghanistan fighting the Soviets as the adopted son of a Pashtun tribal chief. Sonia, the daughter of a dispossessed Polish Catholic aristocrat, served as the apprentice to a traveling Sufi master during her transvestite adventures in the 'Stans. She stumbled into her profession when a family tragedy precipitated a mental breakdown that landed her in a Swiss sanitarium.

While Theo lays the groundwork for his rescue scheme, Sonia adopts the desperate stratagem of dividing her captors; as is often the case in such rural villages, the militant force is made up of uneasy allies: the clannish native Pashtuns ("those wonderful, horrible people," as one Westerner describes them), Taliban outsiders of questionable authority, and arrogant, fanatical Arabs, whom nobody really likes or trusts. She interprets dreams for the locals, challenges the chieftains on Koranic scholarship, and tries to keep her fellow hostages from turning on each other like crabs in a bucket. Meanwhile, back in the bowels of the National Security Agency in D.C., an analyst named Cynthia Lam, whose careerism is as implacable and mechanical as an algorithm, smells something fishy in the chatter her department has recently picked up about the theft of some Pakistani nuclear material.

Gruber sets up a delicate balancing act for himself, using the twisty plot and action scenes to power the novel through conversations in which the characters expound on Central Asia's corrupt politics or Pashtun brigandry or the perversities of the intelligence bureaucracy. I can't promise that this dialogue doesn't occasionally wax a bit stilted — rather like the "As you know, Bob..." scenes in science fiction films where some minor mouthpiece character spells out the mission for the audience's benefit. Fortunately, what Gruber's characters have to say on these topics is always interesting enough to carry the day, and, really, how many of us already understand this stuff?

What Gruber's people keep talking about isn't so much a culture clash as the conceptual gulf between the rooted, interlocking lives of the Pashtuns and the nomadic, transcultural experience of Theo, Sonia and Cynthia. "Like all Americans," Theo thinks of a girlfriend back in the States, "her whole thing is about privacy, pulling away from the parents to be yourself, whatever that happens to be," while "that's not the way it is in the real world, where I come from. There ... boys still want to grow up to be like their fathers and grandfathers. To be young is nothing. To be young is not to have a job, a wife, to be broke all the time." He can tell his American lover about growing up in Lahore, but "will she understand what it means?"

Details that at first seem merely quirky — Sonia's Jungian practice, for example — prove themselves in the course of the novel to be tributaries emptying into Gruber's theme: that enduring, atavistic longing for the meaning and passion to be found in the old ways of life. "Everyone loves feudalism in their hearts," Theo tells himself, sounding like Greene's Harry Lime, "which is why 'The Godfather' and 'The Sopranos' were huge hits. There has yet to be a movie about legislative markup or the courageous agents of the Federal Election Commission." Life in "Pashtunistan" may be brutal and irrational, but for what Sonia calls "us primitives," it's mighty hard to quit.

It's tempting, toward the end of "The Good Son," to raise a protest against Sonia's resignation; rationality, after all, has its upside! "The earth," she acknowledges, "is ruled by people whose loyalties are to abstractions." Even these, however, do like to go home to a juicy thriller. In its pages they look for intrigue and bloodshed, hair's-breadth escapes, firefights and cruel vendettas. "The Good Son" is the rare novel that looks right back.

Afghanistan Books Fiction Our Picks Pakistan Thrillers What To Read