Propane tanks, powder and an apparent timing device inside found in SUV, according to official 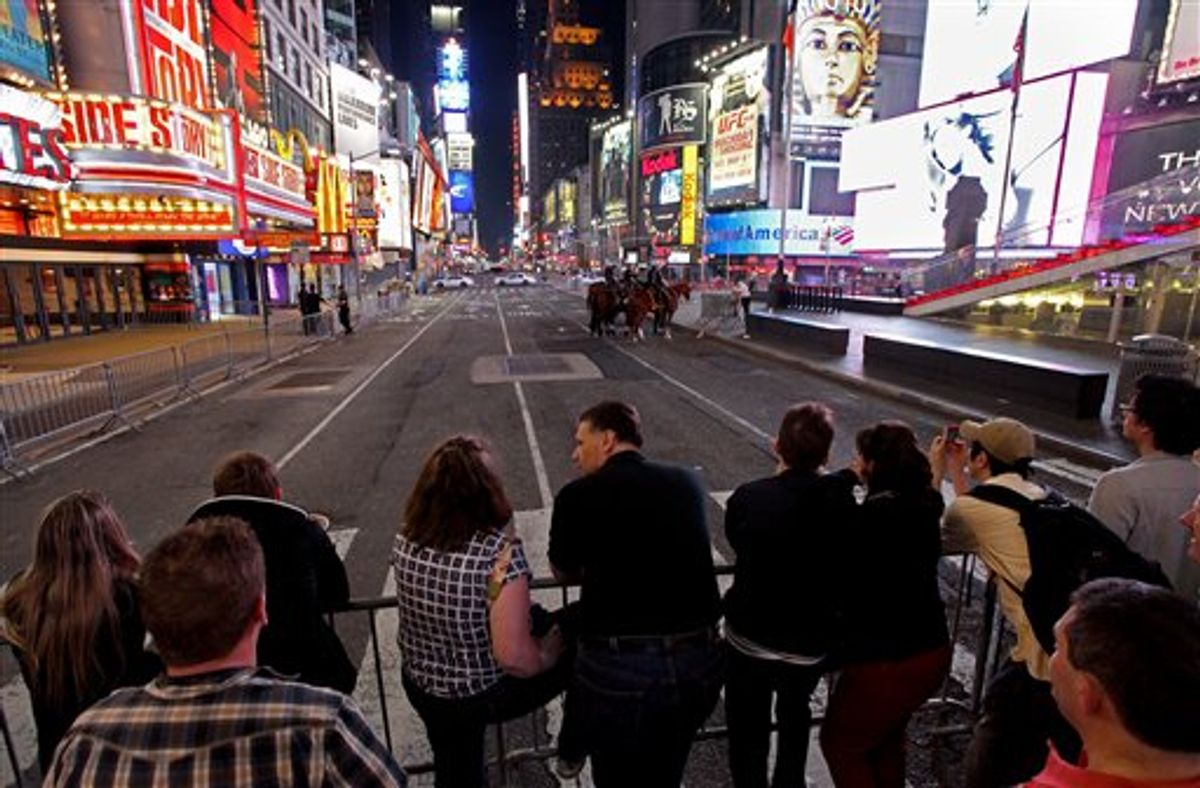 Times Square is void of pedestrians just south of 46th Street in New York Saturday, May 1, 2010. Police have closed some streets in New York City's Times Square as they investigate a car that has been "deemed suspicious." (AP Photo/Craig Ruttle) (AP)
--

Police found an apparent car bomb in a parked sport utility vehicle Saturday evening in New York City's Times Square, then evacuated buildings and cleared streets of thousands of tourists in "the Crossroads of the World."

A mounted police officer noticed smoke coming from the SUV at 6:30 p.m., police said. Bomb investigators found propane tanks, powder and an apparent timing device inside, according to a law enforcement official who wasn't authorized to release the information and spoke on condition of anonymity.

Police evacuated several residential and commercial buildings and cleared the streets of people. Police were deployed around the area with heavy weapons on empty streets in the heart of midtown Manhattan that normally teem with thousands of theatergoers and tourists.

Shelly Carlisle, of Portland, Ore., said police crowded into her Broadway theater after the curtain closed on "Next to Normal," a show on the same block where the SUV was found.

"At the end of the show, the police came in. We were told we had to leave," Carlisle said. "They said there was a bomb scare."

The car was parked on 45th Street, and the block was closed between Seventh and Eighth avenues as a precaution, police said.

FBI agents are on the scene with the New York Police Department, and the matter is being taken seriously, said Paul Bresson, head of the FBI's public affairs office at bureau headquarters in Washington.

In December, a van without license plates parked in Times Square led police to block off part of the area for about two hours. A police robot examined the vehicle.

Clothes, racks and scarves were found inside.