Did the Bush administration hide the financial crisis from Congress?

When was Hank Paulson planning on telling Nancy Pelosi about how everything was broken? 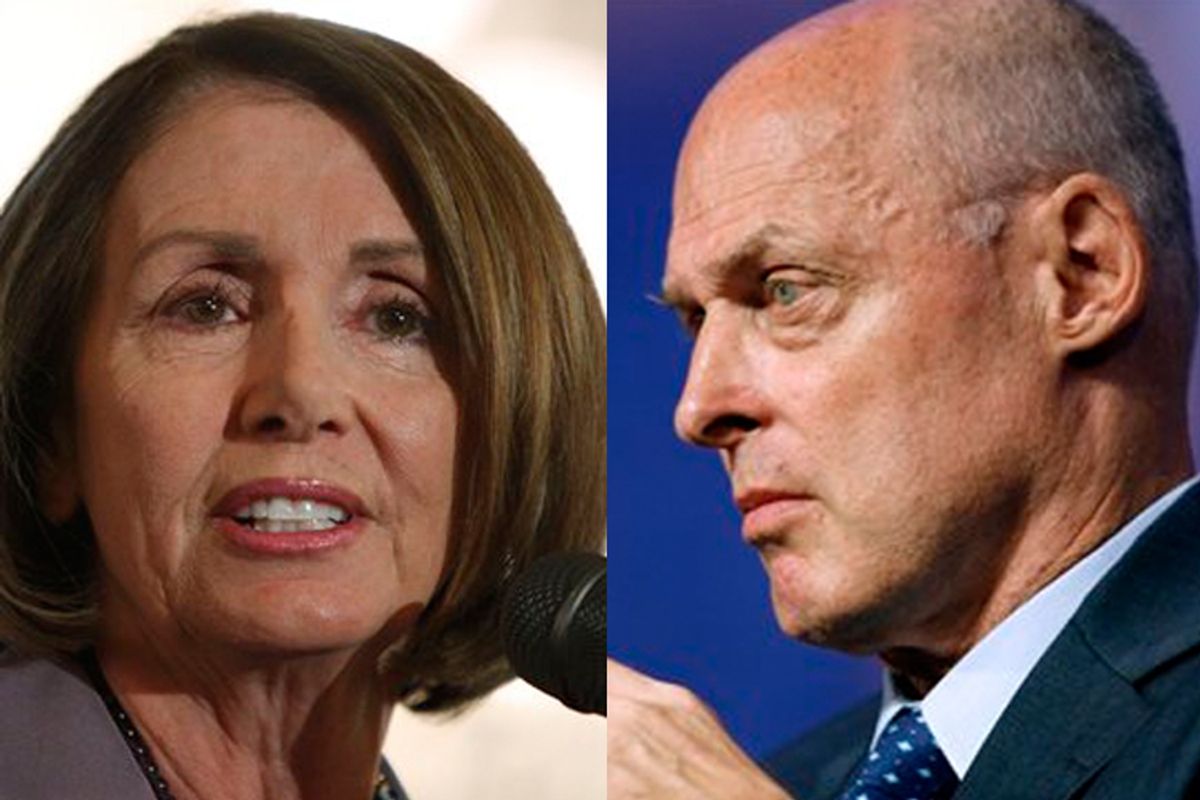 When you were a child, did you ever accidentally break something while you were home alone? And did you just sort of put it back where it was before you broke it? And when your parents got home did you just not say anything about it? Even though you knew it was just a matter of time before they found it and you got yelled at and even though you'd have been in less trouble if you'd just fessed up? That, apparently, is what the Bush administration did with the economy.

Nancy Pelosi told TPM's Brian Beutler that the Bush administration knew for weeks in late 2008 that drastic congressional action would be required to bring the U.S. economy back from the brink of total collapse. But Pelosi claims the administration told then-Treasury Secretary Henry Paulson not to brief Congress on the scope of the crisis.

Four days after Lehman Brothers filed for bankruptcy, Pelosi finally called Paulson herself, and Paulson admitted that Congress would need to bail out the finance industry, as soon as possible.

But shouldn't Treasury have told congressional leaders about the severity of the situation? Probably! But someone maybe asked them not to.

Unable to reach Paulson, I circled back to Pelosi last week. This time she agreed to elaborate: "Here's what they said. They said, 'We were not allowed to tell Congress, but since you called, we're going to answer your questions.'

Paulson says in his own book that Pelosi called him on the night of Sept. 18, 2008. He does not address the question of when he was planning to tell Congress that he needed emergency powers to rescue the economy. In his defense, he totally did not want to get in trouble.