Laura Bush's deadly car crash and my own

As the former first lady opens up about her past tragedy, I know too well that you can never fully forgive yourself 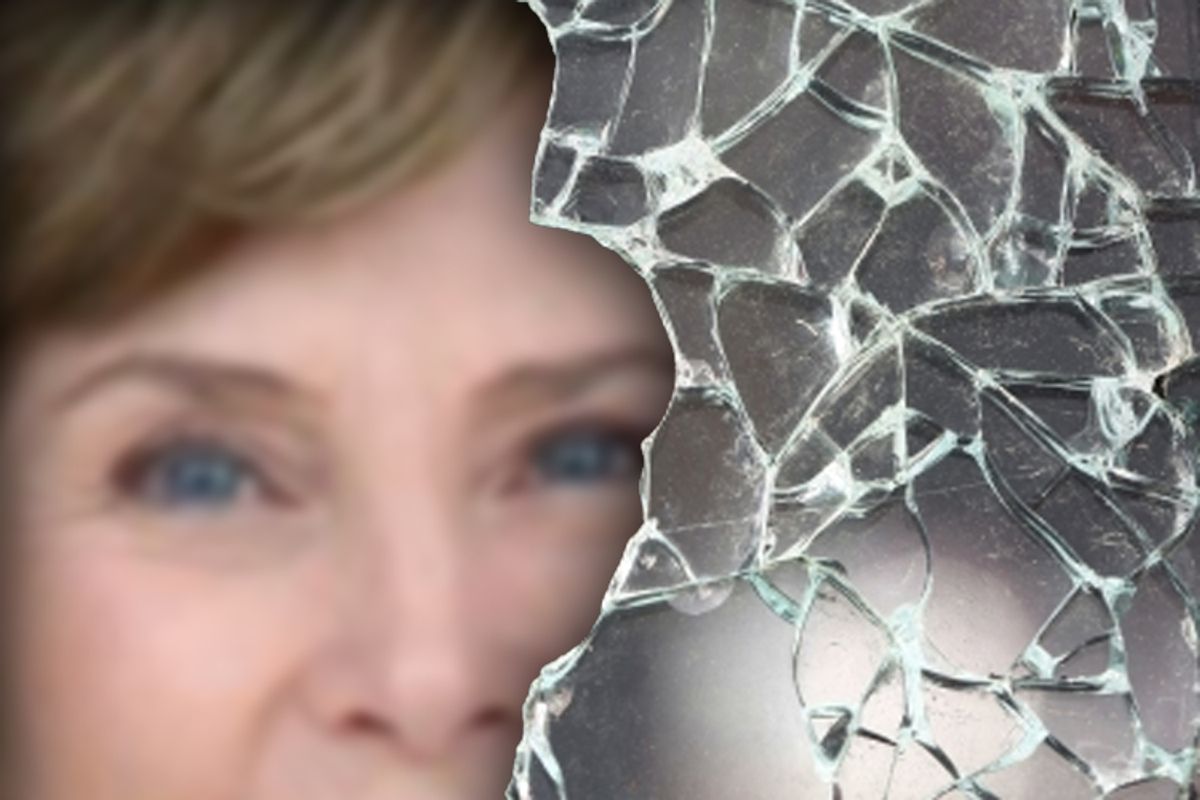 Somewhere in the hard drive that sits on my desk next to a rolling Jesus action figure there are 17 different iterations of the fourth chapter of my memoir. The number of times I rewrote the first paragraph probably scrapes close to 100, but eventually, I settled on plain-speak: "Two days before my father's sixty-second birthday, I killed an old man with my car."

I go on to describe the details of the accident, the whole ugly, sad unfurling of events: how I'd been driving down a main thoroughfare in Quebec City when a human form appeared out of nowhere in front of my windshield. The sound his body made as it ricocheted off the hood of the green GMC Jimmy, a loud, lone pop of a firecracker. My babble as I asked my boyfriend over and over whether I'd hit him. Peter's queerly calm answer that yes, I had.

Laura Bush has a similar story in her memoir, "Spoken From the Heart," which comes out today. It is the most profound revelation in the book and an event she has avoided talking about openly until now.

Mrs. Bush was four years younger than I was, 17, when she ran a stop sign in her father's Chevrolet Impala, as she was rushing to make a show at a local drive-in theater. Her car collided with another, a smaller, much lighter Chevrolet Corvair. At the wheel was her close friend, Mike Douglas, a popular boy from her high school. She was thrown from the vehicle. She writes of begging God for Mike's safety, and how she lost her faith in the months after he was pronounced dead at the hospital, after hearing her prayers answered with "the sounds of Mrs. Douglas's sobs on the other side of that thin emergency room curtain."

I imagine these were difficult passages to write. I fiddled incessantly with my own retelling. I wanted to ensure that my description of the event was as honest as could be. If this sadness existed in the world, and if I was going to commit it to publication, wasn't it my responsibility to the old man, to his family, to describe it with truth and care?

I talked about standing over his crumpled body and watching the blood leak from his ear, panicking that the ambulances weren't coming fast enough to save him from what I'd done. He was wrinkly, his body curved like a croissant and dressed entirely in navy blue. His pant leg had scrunched up, revealing a few inches of thermal underwear that matched the rest of his winter outfit. The bags of groceries he'd been carrying had shot up and scattered all over the pavement and on the meridian. Each item was a package of breakfast cereal. One of the boxes was Special K, my college nickname.

My primary reason for all the tinkering, however, was that I was desperate to convey to my readers the cowardly, self-preservational thing I'd yelled as I barreled out of the car moments after I'd hit the man: "Did anyone see this was not my fault?"

And it wasn't. The man had been jaywalking 20 feet past a traffic light that was green. Even writing this now, I want to throw a telephone at you and implore you to call the Quebec police, to talk to the sensitive officer who took down my report and those of the witnesses. She'll tell you that I have no reason to feel as guilty and regretful as I continue to feel. Maybe she'd say that the access point I've gained to profound depression is needless, and that I should once and for all silence the small voice that cries out for my own life to be traded for his.

In the recounting of her own accident story, Mrs. Bush admits that she was engaged in a conversation with her friend when she went through the stop sign. But she then goes on to describe the mechanics of the accident, and how perhaps they absolve her of at least some of the agency she had in the crash. The stop sign was small, the night dark, the intersection one that was known to be particularly unsafe.

I understand her impulse to sterilize the event with extenuating circumstances, to cry out to her reader, "But wait, just wait and listen to me, please, there's more ..." It takes a patient and elastic mind to discern what is accident and what is negligence, particularly when the variables include a big car driven by a woman who is alive and a little car driven by a boy who is now dead. Or a gentle 83-year-old former pharmacist from France and a journalism student in a truck.

A few months ago, I was at home visiting my parents. In the middle of dinner, I made a crass joke about being a murderer. Later that evening, my mother offered me a cup of tea and asked me why I'd phrased it that way, why I'd made the joke at all. Looking down at her lap, she began to cry quietly. She said, "I wish you'd let yourself off the hook." I started crying too and explained that the joke was not to make light, but to serve as a kind of universe-directed proclamation, a reminder that nine years later, I still haven't stopped atoning. Putting it in the book wasn't enough.

On Tuesday, Laura Bush will appear on "The Oprah Winfrey Show," where for the first time she will speak publicly about the accident. I wonder if making permanent record of it has provided her with some solace, or if she feels the same way I do: that the death is as alive as ever.

Kathryn Borel is a Toronto-based journalist and author. Her writing has appeared in the Walrus magazine, the Globe and Mail and the UK Guardian. Borel's memoir, "Corked," is published by Grand Central.