Best of Tribeca: "My Trip to Al-Qaeda" 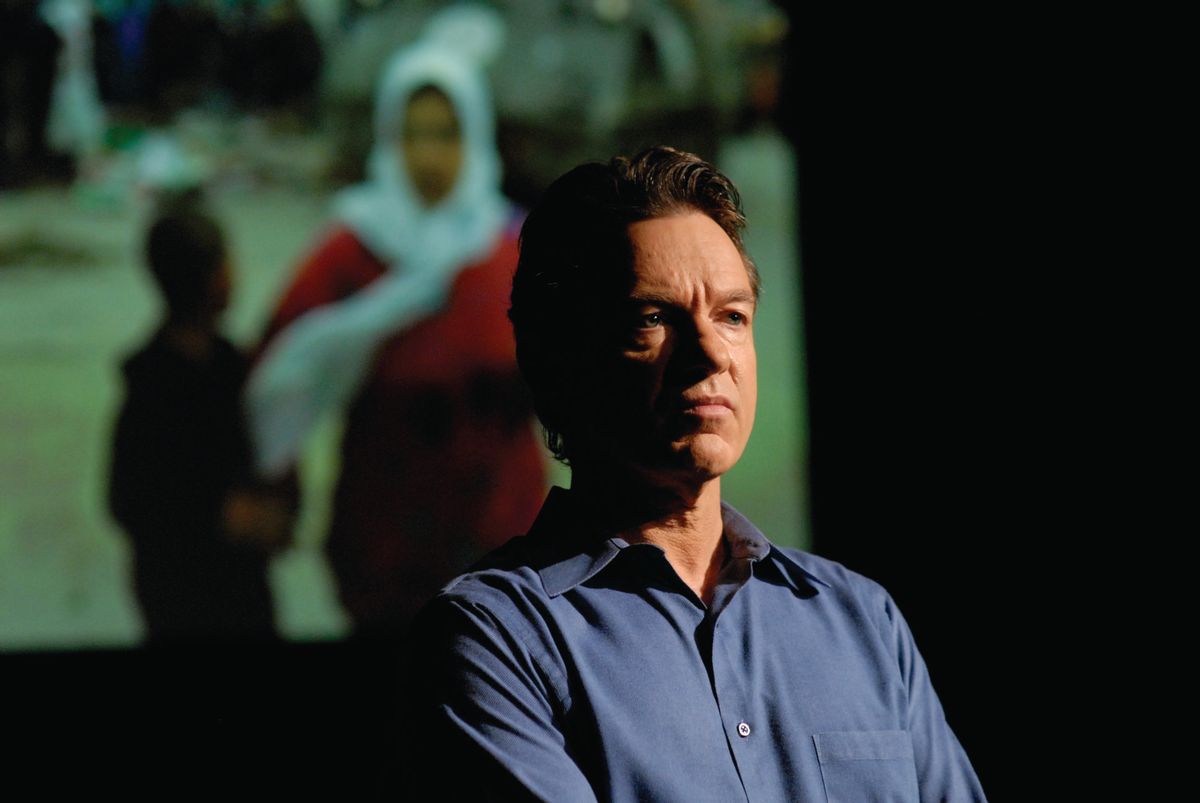 Lawrence Wright in "My Trip to Al-Qaeda." (Jojo Whilden)
--

Counting his unfinished film about disgraced ex-New York governor Eliot Spitzer and his section of the anthology documentary "Freakonomics," Oscar-winning director Alex Gibney ("Taxi to the Dark Side," "Enron: The Smartest Guys in the Room") has four films en route to public consumption. "My Trip to Al-Qaeda," a screen adaptation of author, screenwriter and journalist Lawrence Wright's one-man play about his search for the roots of Islamic terrorism, might be the least showy of all, but it's a spellbinding connect-the-dots tour through some little-understood recent history. (Wright's 2007 Pulitzer winner, "The Looming Tower," has been acclaimed as one of the best studies of the cultural climate that led to Islamic terrorism and the 9/11 attacks.)

A genial Oklahoman and natural-born tale-spinner, Wright is also an expert in his field, who befriended Osama bin Laden's brother-in-law (since murdered) and understands the thinking of al-Qaida mastermind Ayman al-Zawahiri about as well as any Westerner could. None of his conclusions are all that surprising: Most ordinary Muslims around the world want nothing to do with bin Laden; the growth of terrorism has been fueled by the economic backwardness and political repression of the Arab nations, most notably Saudi Arabia; and the United States reacted to 9/11 almost exactly the way bin Laden hoped it would. In Wright's cheerfully recounted, homespun version of the tale, there has been one winner so far in the "war on terror," and it ain't us. "My Trip to Al-Qaeda" will be broadcast by HBO later this year, and may also see limited theatrical release.