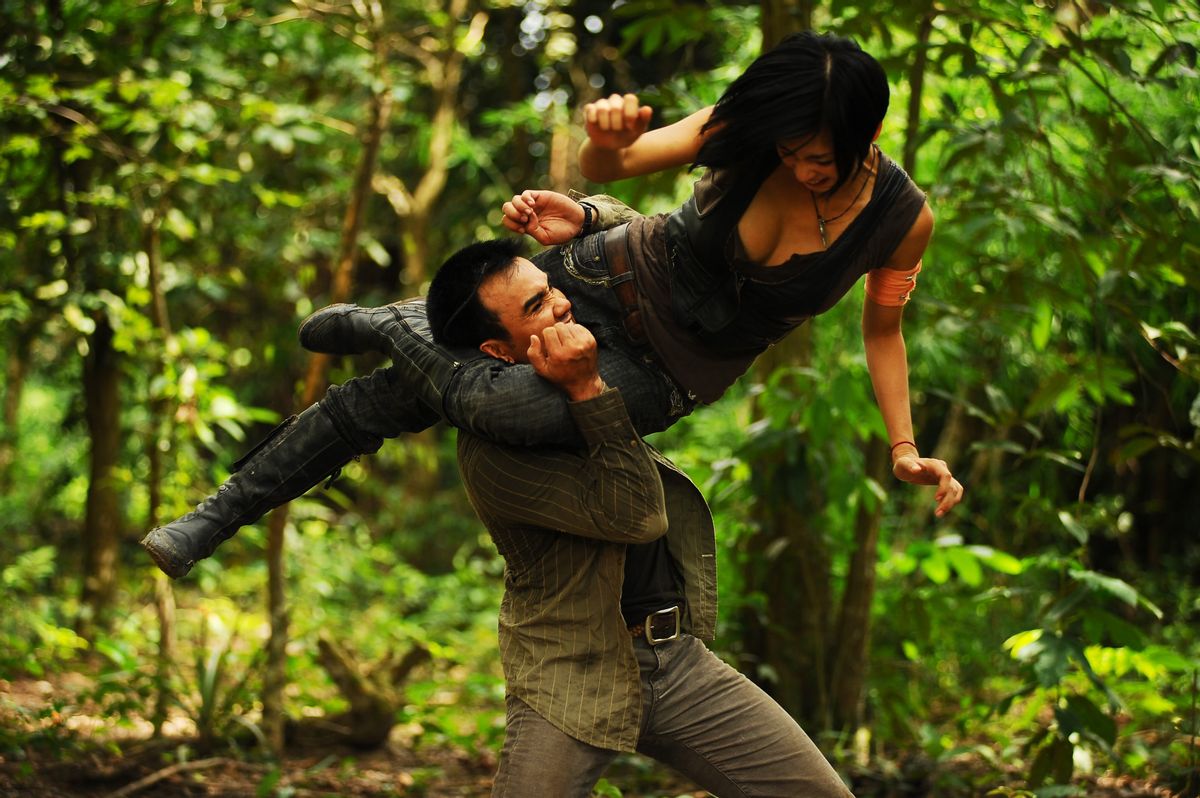 I may be poaching on my colleague Bob Calhoun's Straight to DVD franchise with this one, but I can't resist. For one thing, while I've spent a lot of my life watching movies from disparate corners of the globe, "Clash" was my very first exposure to the Vietnamese action boom of the last few years. It's a high-octane martial-arts ass-kicker built around an overly complicated criminal scheme, a leggy heroine who looks great in a ball gown and chops down French musclemen with her awesome kickboxing moves, and a soundtrack fueled by slammin' Vietnamese hip-hop. Yeah -- I actually said "Vietnamese hip-hop."

Said heroine is codenamed Phoenix, and played by the lovely and athletic Ngo Thanh Van. She leads an A-Team-style posse of bad boys out to recover a missing laptop for a reptilian mob boss named Black Dragon (played by Hoang Phuc, oozing pseudo-Buddhist maxims). Phoenix's principal recruit is Tiger (Asian matinee idol and Hollywood stuntman Johnny Tri Nguyen), a hard dude who becomes much more than her No. 2 once he figures out that Black Dragon has kidnapped her infant daughter. Indeed, while first-timer Le Thanh Son directs, "Clash" is clearly Nguyen's baby; he wrote and co-produced the film, as well as kicking serious butt and getting on-screen snuggly with Ngo. Is this great cinema? Hardly. It's action-packed candy, full of sentimentality, angular haircuts, designer shades and deluxe locations. (The Saigon Sheraton seems to be in every shot.) I gave up trying to follow the plot, and thoroughly enjoyed myself.