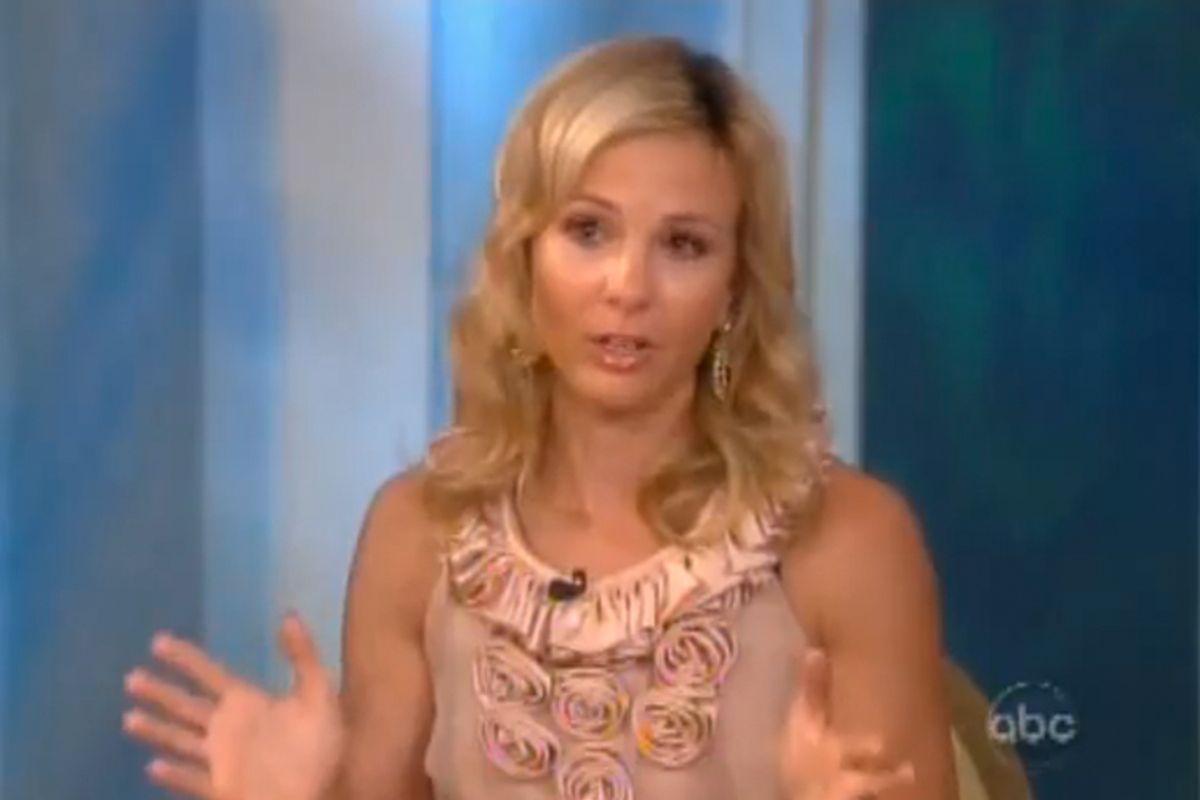 Elisabeth Hasselbeck's opinions have drawn plenty of ire during her tenure on "The View," but even she admits she went too far by criticizing the victim of a sexual predator. On yesterday's show, Hasselbeck remarked that ESPN sideline reporter Erin Andrews has been wearing "next to nothing" on "Dancing With the Stars," and that if she were the stalker behind bars for secretly videotaping Andrews naked in hotel rooms in 2008, she’d think, "Man! I just could've waited 12 weeks and seen this -- a little bit less -- without the prison time!"

Andrews' time on "Dancing With the Stars" has already been marred by a series of death threats she's received via e-mail. After yesterday's incident, her "Dancing" comrades took to Twitter to voice their disapproval, including her partner Maksim Chmerkovskiy, who said: "I'm the one designing @ErinAndrewsESPN's dresses for the show, so I'll just assume that @ehasselbeck is jealous...and stupid 4 her comments." Andrews herself commented that Hasselbeck’s remarks were "a slap in the face to victims of stalking and sexual predators," and that it made her cry.

So, Hasselbeck did some crying of her own this morning when she offered an apology on "The View." She said that she called Andrews to apologize privately as well. It seemed sincere, but Hasselbeck's original remarks, which teetered dangerously on the edge of victim blaming, still leave a bad taste in my mouth.