Glenn Beck making sense all of a sudden

But don't look too close 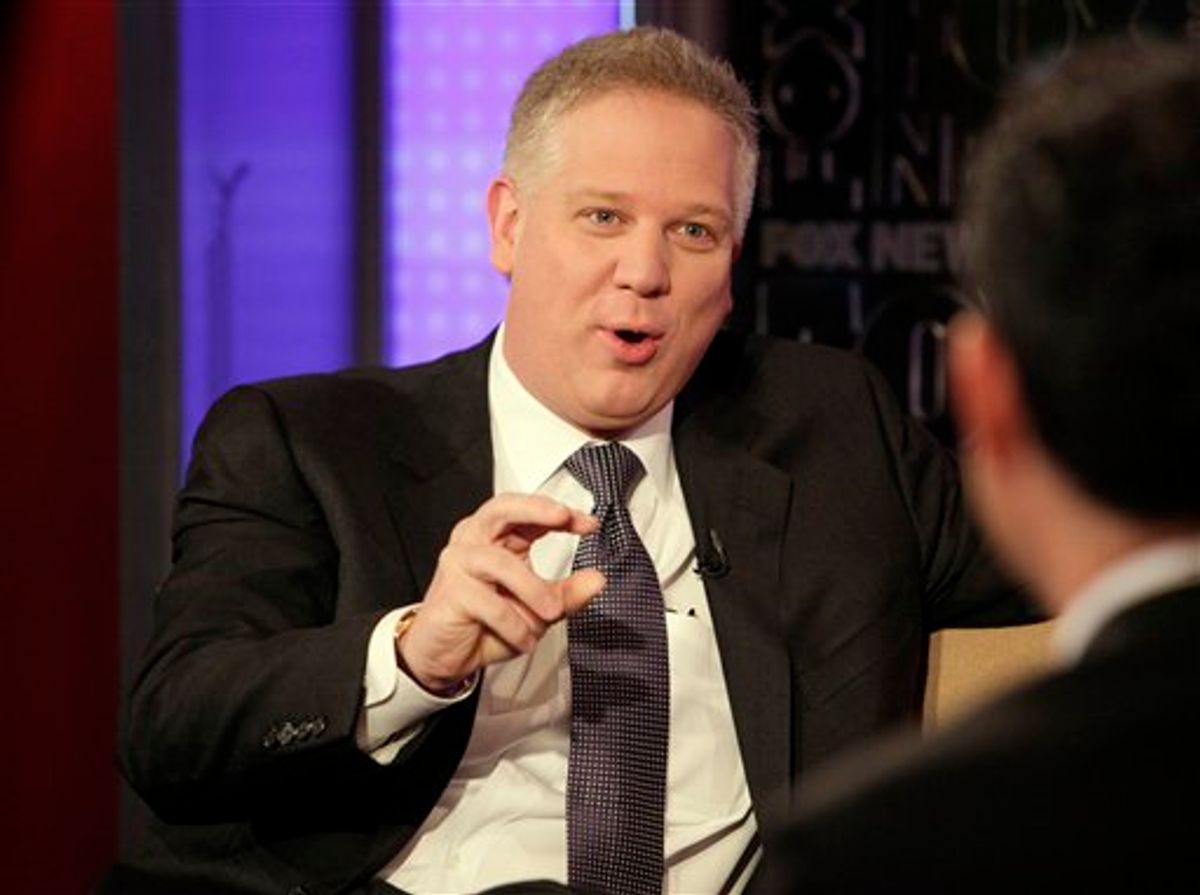 You're not paranoid, it's said, if they really are out to get you. Now, it would be much too generous to apply that axiom to Glenn Beck, who regularly suggests that the White House is going to have him whacked. Still, credit where it's due: sometimes Beck catches a real-life demon in his fantasy-world gallery of rogues, and he becomes oddly reasonable.

In fact, he's done it twice this week. First, Beck became the only voice on the right to express discomfort with the idea that Times Square terrorist Faisal Shahzad, an American citizen, might not be read his rights after being arrested. "We don't shred the Constitution when it is popular," said Beck. "We do the right thing."

This put Beck notably at odds with a number of supposedly reasonable Republicans, most prominently including Sen. John McCain, R-Ariz. As Jon Stewart suggested the other night, this isn’t really a comparison that anyone ought to go looking for.

Then, yesterday, Beck managed a partly coherent and even accurate critique of the International Monetary Fund.

Could we please get out of shadowy, shady organizations like the IMF? I mean, they say it’s a global credit union. I don't like global stuff, I really don't. I know that makes people uncomfortable to say it, but I kind of like it local, smaller. You know, for instance, local credit unions? I know, when I walk in, who I should complain to. Global credit union -- I haven't found a drive-through, or a teller, or a loan officer, or elected official, or FDIC. I don't even know anybody’s name at the IMF. If you have a complaint, who do you call? Can anybody in the audience, right now, ask yourself this -- do you know the structure of the IMF? Do you know the board members? Do you know how they give the money away? Do you know how they get the money back?

Media Matters flagged Beck's anti-IMF tirade as more evidence of his lunacy. But that paragraph could've come from one of the many prominent critics of the IMF on the left. The argument appears to be much the same: the IMF is a haughty, unaccountable and anti-democratic institution that pays little heed to the quirks and needs of real people at the local level.

So you have to say this for the guy: he has a healthy anxiety about the abuse of power. (Okay, too healthy, probably.) Of course, since his complaint is coming from the right, it's actually not as thoroughly easy to identify with as I've led you to believe. Beck's main beef with the IMF isn't that it's disrespectful to democratic citizenship in general. He just doesnt like that, as a supranational institution, it can make Americans involved in the world if they don’t want to be. Before issuing the spot-on complaints quoted above, he whined that America was on the hook for an unfairly large proportion of the money. In other words, Beck isn’t pissed that the IMF is too tough on the rest of the world in the service of American-style capitalism; he's upset that it's too tough on America.

This is something he's said before, it turns out, and in more typically crazy form. Last month, Beck delivered this freak-out: "Name the IMF. Name the Fed. Name the people who are involved in the Fed. You can't. It's secret. You're going to collect a global tax and give it to the IMF? Do you know what kind of prison is built for every free man on the planet with that kind of money?"

Needless to say, none of that is anything like true.

This week in Beck is a perfect illustration of the ways that the left and the right have developed an odd consonance recently. We're both scared of unchecked state power, but for different reasons. We worry that unchecked police power might be turned against vulnerable minorities and dissidents; he thinks it's the route to a communist police state. He thinks, as a self-identified libertarian, that there shouldn’t be massive global institutions that lend out money taxed from people they are unaccountable to. As someone on the left, I think there shouldn't be massive global institutions that are unaccountable to the people of the governments they lend to. Beck thinks Americans are being ripped off; I think Greeks are being bullied. Beck thinks the IMF is terrible because it violates the principles of free-market capitalism at home. I think the IMF is terrible because it pushes the principles of free-market capitalism abroad.

This is the phenomenon Chris Hayes identified earlier this year in the Nation, in an excellent article entitled "System Failure." Wrote Hayes, "But the deeper problem, the ultimate cause of many of the first-order problems, is the perverse maldistribution of power in the country: too much in too few hands."

That's where Beck is agreeable. Like many of us on the left, he doesn’t like the current concentration of power in the hands of the modern, global elite. But don't get too close, because he doesn’t much like the idea of those of us on the left -- minorities, intellectuals, the working class, the poor -- getting our hands on it either.