As the Gulf of Mexico oil spill continues, BP will fete lawmakers in Washington tonight 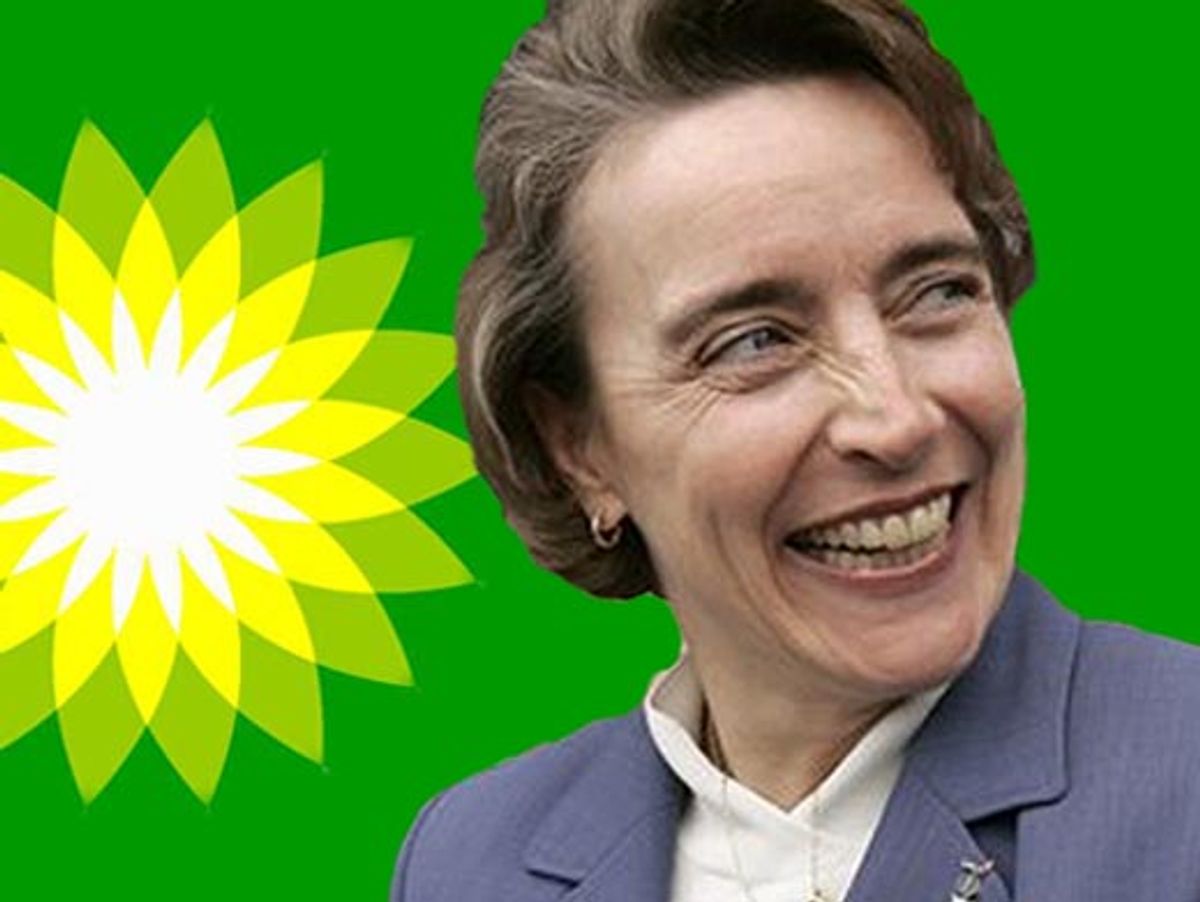 The timing for the annual Women in Government Relations "spring soiree" could probably be a little better -- as the group gathers at Washington's Union Station Thursday night, one of its gala's "major sponsors," BP America, is busy spilling more than 200,000 gallons of oil into the Gulf of Mexico for the 17th day in a row.

Which could make for a particularly awkward evening for Sen. Blanche Lincoln, D-Ark., who's set to receive an award from the group at the dinner. Especially since the League of Conservation Voters, which has endorsed Lincoln's primary opponent Bill Halter, picked Thursday to call on Lincoln to return the $19,000 she has gotten from BP and its employees since 1989. Lincoln supports offshore oil drilling, which environmental activists were opposed to even before the spill.

Lincoln's campaign didn't immediately respond to a question about the BP campaign cash. Other oil companies are also sponsors of the gala Thursday, including Shell and ConocoPhillips, which also drill off the Gulf Coast.

Halter aides, meanwhile, say they don't think he would accept money from BP, and that he wants to wait and see what caused the spill before deciding whether to support expanded offshore oil exploration. Which isn't exactly a ringing repudiation of Big Oil. Halter apparently didn't even have a firm position on drilling before this spill. But hey -- at least he's not spending his Thursday night mingling with BP lobbyists in Washington.