Who leads the Democrats if they lose the House? 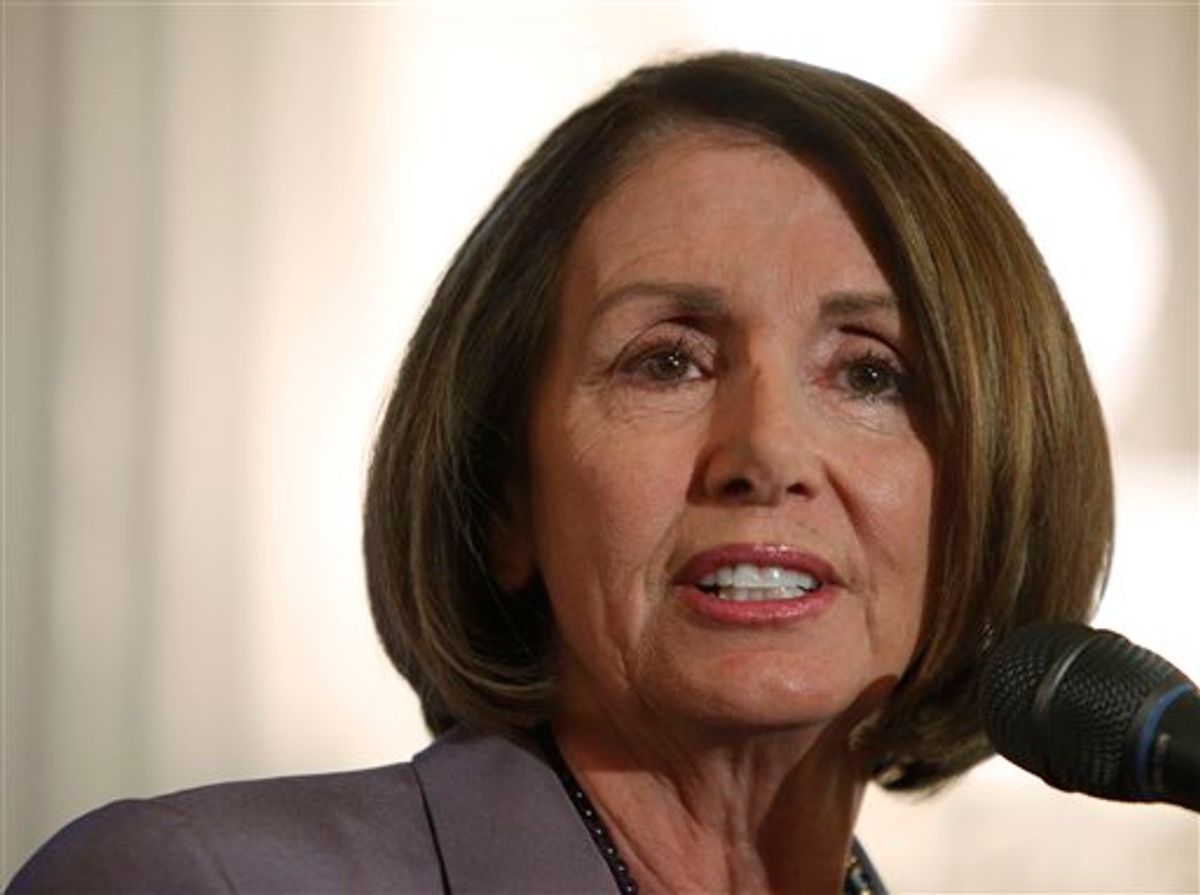 House Speaker Nancy Pelosi of Calif., delivers her remarks on Capitol Hill in Washington, Tuesday, April, 13, 2010, during a ceremony where she received the 2010 Public Leadership in the Arts Award for Congressional Arts Leadership from the Americans for the Arts and the U.S. Conference of Mayors, in recognition for distinguished service on behalf of the arts. (AP Photo/Manuel Balce Ceneta) (AP)
--

Politico has a story Friday morning pointing out yet another way in which House Speaker Nancy Pelosi has consolidated more power than most recent leaders of the chamber: many of the Democrats in plum House committee posts owe their jobs to her.

The gist of the piece, by Jonathan Allen (who, you may remember, briefly worked for a Pelosi ally, Rep. Debbie Wasserman-Schultz), is this:

It amounts to a subtle but striking natural consolidation of authority for a speaker who by any measure already wields historic levels of institutional and personal power within Congress.

Pelosi’s power is enhanced by her role in picking the new chairmen — with their ascent dependent upon her assent — and by the departure of veteran lawmakers who came to power before she did.

Add that to the bleak prospects for Democrats this November, though, and a new question presents itself: What happens if they lose control of the House?

That would mean Democrats had lost at least 34 seats; some pundits and operatives think even more defeats are possible. It's hard to imagine a party suffering such a cataclysm at the ballot boxes wouldn't want to shake up its leadership. (And it's not clear that Pelosi would want to return to being House minority leader after four years wielding the gavel.) But there aren't really any strong candidates to take her place -- because Pelosi has, over the years, outmaneuvered all her rivals.

Take Steny Hoyer, of Maryland. He lost to Pelosi in a 2001 race to become Democratic whip, and though he managed -- over Pelosi's objections -- to win a 2006 race to become House majority leader, it's hard to see Hoyer marshaling enough support to launch a coup against her this year. For one thing, he'll be 71 after the elections, which doesn't exactly signal that he's the change candidate. And for another, as Politico points out, nearly all of the most powerful lawmakers in the House owe Pelosi. People like Rep. Norm Dicks of Washington, who's in line to become the top Democrat on the Appropriations Committee next year, aren't likely to buck Pelosi after she helped them reach their posts. Besides Hoyer, the rest of the House Democratic leadership team (like John Larson, Chris Van Hollen and Xavier Becerra) are all loyal to Pelosi. Van Hollen, who runs the Democratic Congressional Campaign Committee, wouldn't be an obvious choice to take over anyway if the party gets drubbed in November; besides that, his other job is "assistant to the Speaker," which underscores his close ties to Pelosi.

Unlike the last time Democrats lost the House majority, in 1994 -- when then-Speaker Tom Foley was defeated -- Pelosi will still be around no matter what happens. And yes, plenty of things could change in the broad political environment between now and the elections. But if the votes go really badly for Democrats six months from now, add a leadership quandary to the list of things they have to worry about afterwards.