Wednesday is a big day for climate change in the Senate 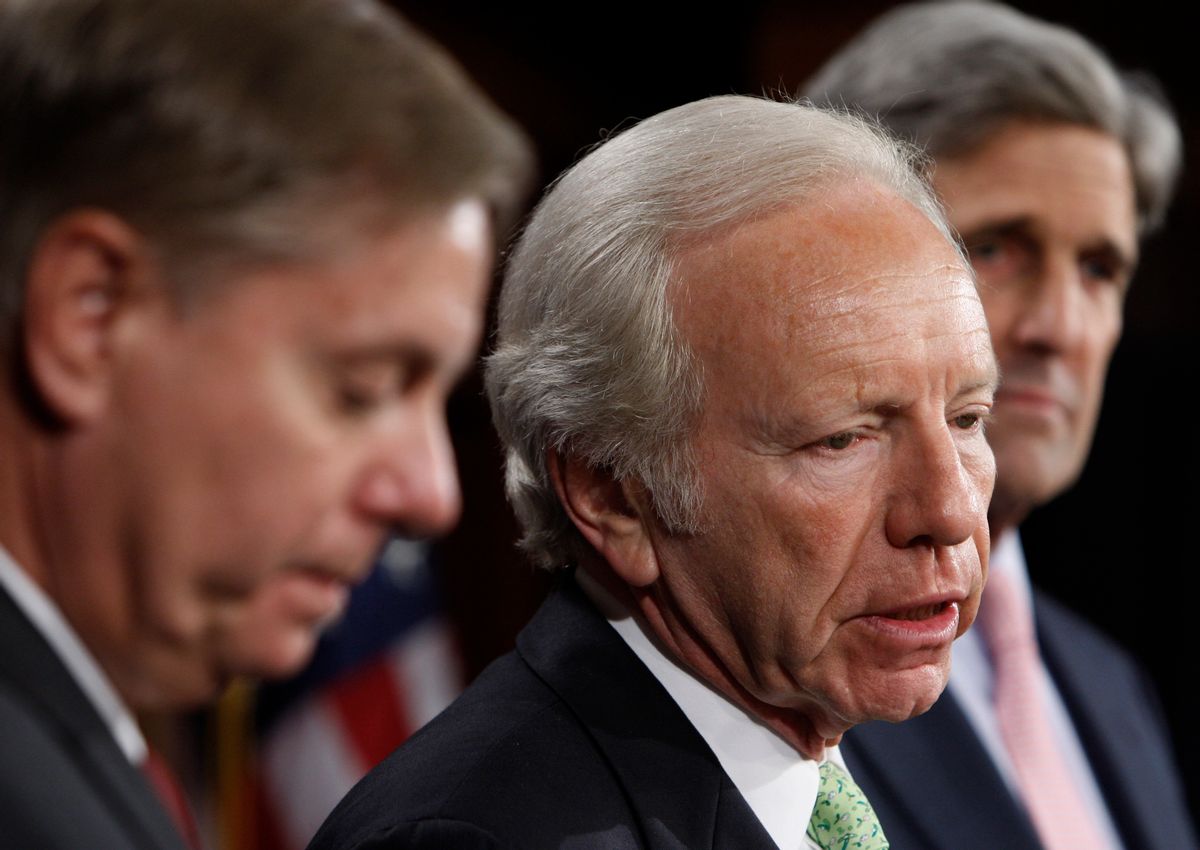 The big day is almost upon us. And the two amigos are confident about the Wednesday launch of their long-awaited climate and clean energy jobs bill.

We are more encouraged today that we can secure the necessary votes to pass this legislation this year in part because the last weeks have given everyone with a stake in this issue a heightened understanding that as a nation, we can no longer wait to solve this problem which threatens our economy, our security and our environment. Our optimism is bolstered because there is a growing and unprecedented bi-partisan coalition from the business, national security, faith and environmental communities that supports our legislation and is energized to work hard and get it passed.

Lieberman said on "Fox News Sunday" that even with the (presumably modified) offshore drilling proposals in the bill, "I think we've got a real shot at this."

The third amigo is AWOL, to mix metaphors. But though Lindsey Graham, R-S.C., won’t be seen, he will be heard. In fact, he’s talking so much it is no longer possible to figure out what he means and/or thinks.

Based on an interview last Wednesday, we had the New York Times headline (via Greenwire), "I'm in this to win," Graham says of Senate climate bill. Then we had the Thursday Politico piece, "Graham unlikely to fold on energy bill." But Friday we had the WashPost headline, "Graham says climate bill cannot pass Senate."

Whiplash! Actually, the Post headline didn’t quite reflect exactly what Graham said, but given the senator’s self-contradictory incoherence, the Post is only partly to blame. Here’s Graham’s full statement:

On the Death of Cap-and-Trade

“The House-passed cap and trade bill is dead. It has been replaced by a new model that focuses on energy independence, job creation and cleaner air.

“I appreciate the work of Senators Kerry and Lieberman who have been good allies in trying to move this debate in a new, more productive direction. I am particularly proud of the efforts we have made in creating a renaissance in nuclear power which leads to energy security and fosters job creation.

“As I have previously indicated, a serious debate on energy legislation is significantly compromised with the cynical politics of comprehensive immigration reform hanging over the Senate. In addition to immigration, we now have to deal with a catastrophic oil spill in the Gulf of Mexico which creates new policy and political challenges not envisioned in our original discussions. In light of this, I believe it would be wise to pause the process and reassess where we stand.”

“Some believe the oil spill has enhanced the chances energy legislation will succeed. I do not share their view. Our original legislation included an expansion of off shore drilling with revenue sharing. It doesn’t take long for one to conclude that opposition to expanded offshore drilling with revenue sharing has grown among certain Senate Democrats. Some have even declared energy legislation “dead on arrival” if it contains an expansion of offshore drilling. I respect their position and I know they are sincere in their beliefs. However, I have come to a different conclusion on the issue and strongly believe that in order to become energy independent we must include these options.

“When it comes to getting 60 votes for legislation that includes additional oil and gas drilling with revenue sharing, the climb has gotten steeper because of the oil spill.

“I remain committed to safely expanding offshore drilling because I know oil will be part of our nation’s energy plan for years to come. Every barrel we can find in the United States is one less we have to import from OPEC. And today, some of the dollars we spend on imported oil find their way into the hands of terrorists who wish to harm our nation.

“As a Senator from a coastal state, and in light of the historic oil spill off the coast of Louisiana, I think it makes sense to find out what happened, enact safety measures to prevent similar accidents from occurring in the future, and then build consensus for the expanded offshore drilling our nation needs.”

“When it comes to our nation’s policy on energy independence and pollution control, I don’t believe any American finds the status quo acceptable. Many senators from both parties have stated that Congress should set energy and carbon pollution policy, not the EPA. I could not agree more. Therefore, we should move forward in a reasoned, thoughtful manner and in a political climate which gives us the best chance at success. Regrettably, in my view, this has become impossible in the current environment.

“I believe there could be more than 60 votes for this bipartisan concept in the future. But there are not nearly 60 votes today and I do not see them materializing until we deal with the uncertainty of the immigration debate and the consequences of the oil spill.”

What does that mean? Who knows?

I don’t think there is a lot of uncertainty about whether immigration is coming to the Senate floor any time soon. It’s not. And if Graham is going to float "the uncertainty of ... the consequences of the oil spill," well, again, what does that mean?

So just add this to the multitude of conflicting statements he’s given in the past few weeks:

The rest of us will have to press on with this best-they-can-do proposal that is still infinitely better than no bill. Details to come.