Elena Kagan's confirmation will distract the Senate for months

The world's slowest deliberative body has its summer planned, and it's all about arguing over judicial activism 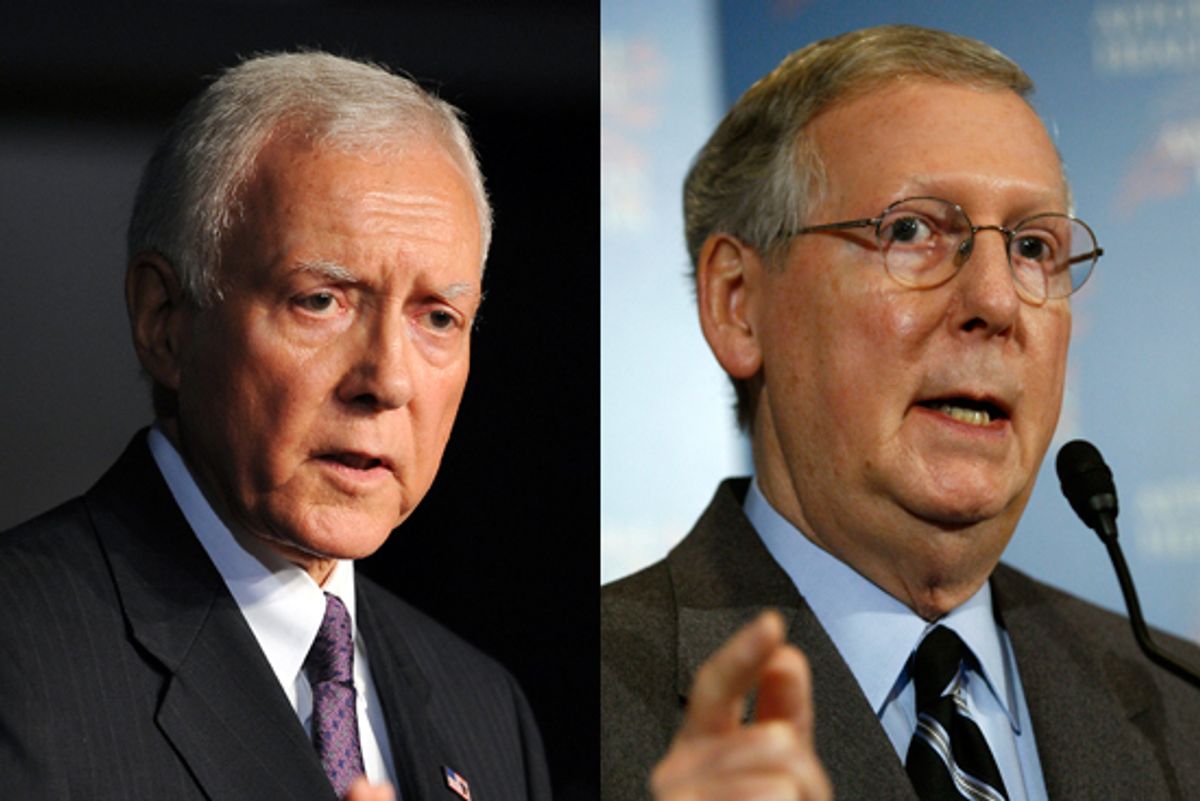 Last month, Mitch McConnell more or less promised that the GOP wouldn't filibuster President Obama's Supreme Court pick. Now he promises to treat Elena Kagan "fairly." But the question isn't really whether Kagan will be confirmed (she will be); it's when it'll happen, and how much the fight will distract from all the other issues the Senate is trying to address before the midterms.

But the original support of these Republicans won't preclude them from attacking Kagan as a fine solicitor general who would be too radical for the Supreme Court.

Hatch -- who, a year ago, called Kagan "a brilliant lawyer" -- is opening the door to opposition:

"Her previous confirmation, and my support for her in that position, do not by themselves establish either her qualifications for the Supreme Court or my obligation to support her," said Sen. Orrin Hatch, R-Utah, and member of the Senate Judiciary Committee. "I have an open mind and look forward to actively participating in the confirmation process."

SCOTUSblog predicts that Kagan will be approved 65-35, with a committee vote happening the week of July 12 and and floor vote the following week. That seems plausible, though I'd imagine any Republican up for election in 2010 will have to vote no, and a situation in which every single Republican is forced to vote in lockstep against Kagan is possible.

But that date is based on hearings getting under way before the July 4 recess. There's still a fight over Clinton-era documents on the way, and those can take forever, if you want them to!

Salon's Gabriel Winant predicted the political tenor of the debate to come. Battles over Goldman and "a more leftist left" and minority hiring and military recruiters and gay rights just might derail our easily distracted Senate from climate change and immigration.

In fact, Majority Leader Harry Reid is sort of backing away from a guarantee that the Senate will get around to immigration reform this year. And meanwhile, the financial regulation overhaul is slowly limping along.

The Senate does not do many things well, but one thing it's great at is having lengthy, infuriating arguments about Supreme Court picks whose confirmations are basically foregone conclusions.

The sound bites and misleading attacks you'll hear about Kagan have already been collected and debunked by Media Matters, if you're curious.

And I seriously doubt you'll hear much substantive debate about the reality-based arguments against Kagan raised by Glenn Greenwald during the Judiciary Committee hearings. (Though, in case you missed it, James Doty's response is worth reading).