The Internet will hate Obama's next solicitor general

Don Verrilli represented the RIAA and Viacom, and shut down Grokster 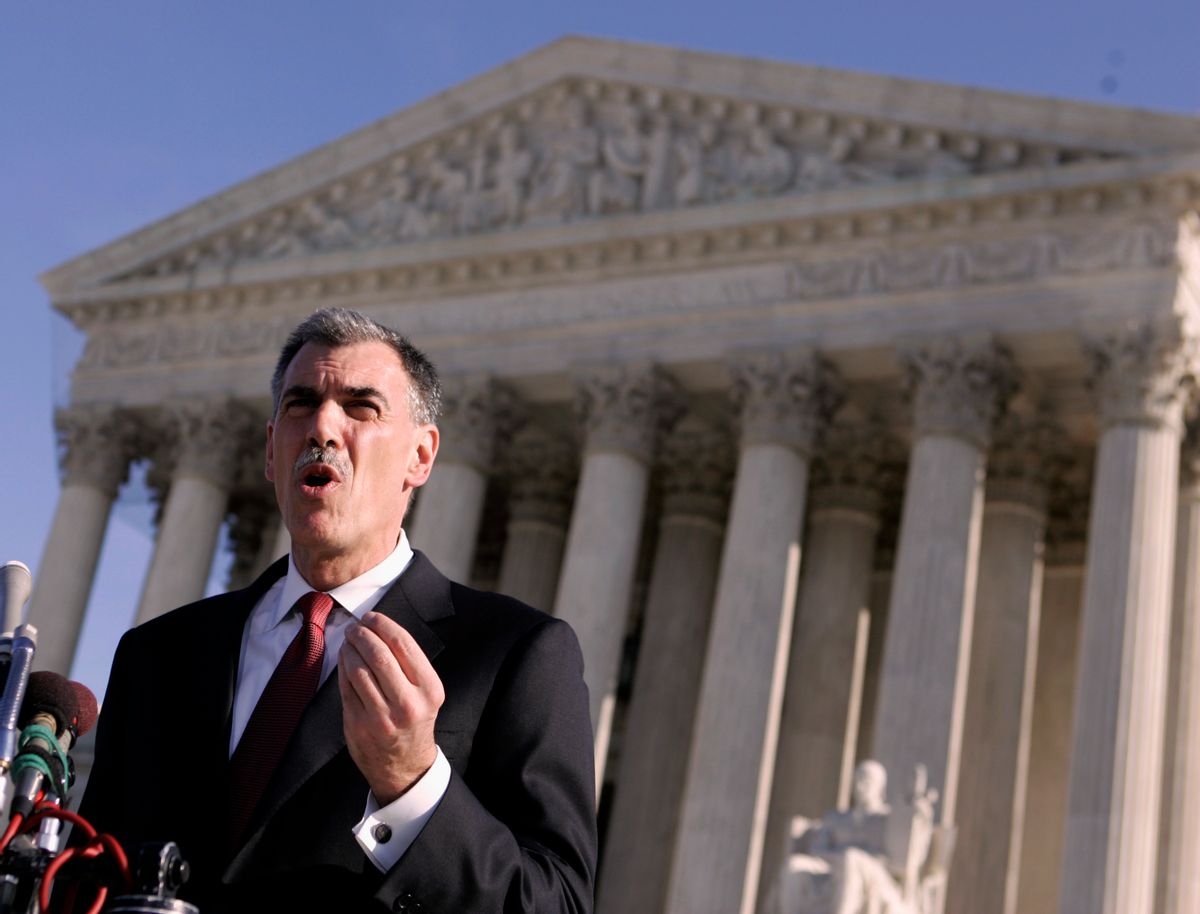 Attorney Donald Verrilli, who argued against the use of a three drug cocktail used to execute inmates, gestures as he talks to media outside the Supreme Court in Washington, Monday, Jan. 7, 2008, after arguments about the lethal injection death penalty. (AP Photo/Evan Vucci) (Associated Press)
--

The fun thing about nominating a current presidential appointee to the Supreme Court is that you get two Senate confirmation battles for the price of one. Now that Elena Kagan is (presumably) headed to the Supreme Court, Barack Obama needs a new solicitor general. According to Marc Ambinder, he's picking associate White House counsel Donald Verrilli.

Civil libertarians, Ambinder writes, won't be happy with this move, because of Verrilli's role in authoring Obama's revised state secrets rules. So there's a corner of the liberal coalition already opposed to Verrilli.

But he has pissed off more than just civil libertarians: Don Verrilli's biggest critic will surely be the Internet.

Verrilli was formerly a senior litigator in the D.C. offices of Jenner & Block. And in that position, before Obama brought him to the Justice Department, Verrilli is most famous for representing the Recording Industry Association of America in a case against a Minnesota woman who shared 24 songs on Kazaa in 2005. The RIAA won, and Thomas was found liable and ordered to pay $220,000 in damages. Verrilli supposedly convinced a judge to accept jury instructions that the judge ultimately found misleading. (The case was retried, and Thomas was found to owe $2 million. A judge reduced the damages.)

Representing the jerks suing a woman for "making available" 24 songs on Kazaa is bad enough, but Verrilli also "led the Jenner & Block team that is pursuing a $1 billion copyright case on behalf of Viacom Inc. against Google and YouTube, alleging massive violations of Viacom's copyrighted motion pictures and television shows." (This suit led Cory Doctorow to accuse Viacom senior execs of wanting to "create and profit from lawsuits" instead of television.)

And Verrilli, working for MGM, convinced the Supreme Court that peer-to-peer network operators are liable for copyright infringement by users, which killed Grokster.

The Boing Boing crowd will not be happy to learn that an anti-piracy recording industry stooge will be representing the United States before the Supreme Court. If anything, this should push even more of them into the waiting arms of Ron Paul, Libertarian King of Entitled Internet Commenters.

Between this appointment and his anti-iPad rhetoric, Barack Obama is in danger of losing the Internet entirely. I humbly suggest that he appoint Betty White instead.