A new study suggests people think organics have fewer calories. Here's what organics can and can't do for you 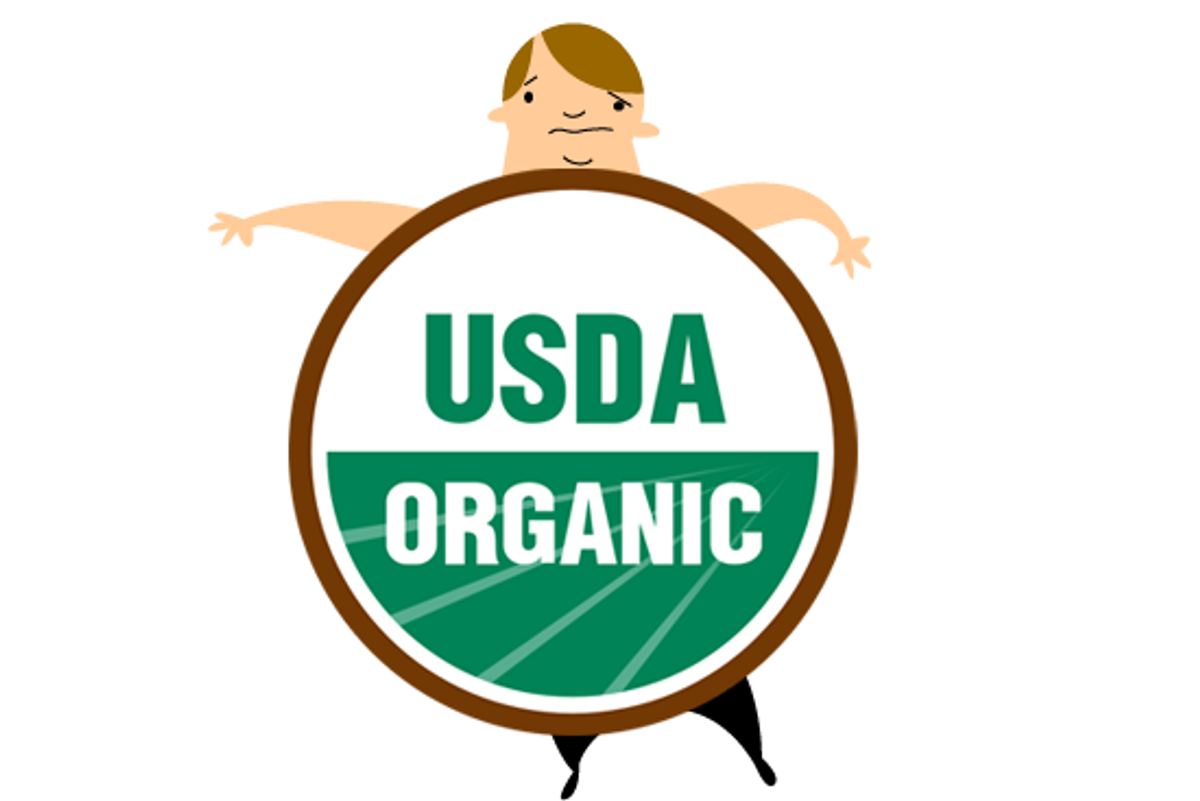 A version of this story originally appeared on Dr. Ayala's Open Salon blog.

We like to eat. We especially like indulgent foods: desserts, snacks and tasty treats. We'd love to believe it's OK to heap our plates with foods we perceive as "healthy." Studies have shown time and again that foods perceived as healthy or foods with a health aura drive us -- if only subconsciously -- to eat more. Foods with "low fat" or "low calorie" claims lead to overconsumption of snacks. A study using hidden cameras at Italian restaurants showed that people dipping their bread in olive oil will eat more fat and calories than if they instead spread some butter.

But organic food labels can lead to overeating, too. In presenting findings from their new study, Jenny Wan-Chen Lee and Brian Wansink of the Cornell Food and Brand Lab showed that the organic seal appears to make people believe their organic snacks have a lot fewer calories than they do. For example, people who ate cookies labeled as "organic" believed that their snack contained 40 percent fewer calories than the same cookies that had no label.

Now, I'm a huge proponent and an early adopter of organic produce, but the organic seal, of course, has absolutely nothing to do with calories.

The benefits of organic food

The organic seal promises that the food and its ingredients have been farmed according to the organic standards, which are about sustainability, how we grow food, and how we treat our environment. These practices also tie to our personal health, given that the multitude of chemical fertilizers, pesticides and herbicides used to produce conventional food actually remain in the food. While it's hard to prove that any single one of them, in small amounts, causes disease, it's impossible to prove that they don't; personally I'd rather minimize exposure to what's clearly not meant for human consumption (read more about why organic matters in my post here).

The jury's still out on whether organic produce has more measurable nutrients than conventionally grown produce.

Organic produce isn't necessarily clean. All too often I see people skipping the washing of organic produce, forgetting that it comes from a field, and has been handled by many hands. Organic produce does need to be washed -- thoroughly. While organic food isn't sprayed with chemicals, microbial life is teeming on and between the leaves. Wildlife visits the fields and can contaminate produce in any number of ways we don't like to consider when we think of food. There's also the bacterial mixture from a multitude of human hands that have touched your produce before it gets to your table.

Organic food isn't automatically healthy, or something we should necessarily consume in large quantities. Organic candy, organic soda or organic French fries -- while a tiny bit better for us because they're free of pesticides -- are still junk food, and should be eaten infrequently.

The temptation to believe what we want to be true -- especially when it comes to diet and lifestyle choices -- sometimes overcomes the prudency of healthy skepticism. It would indeed be nice if there were a way to give an overarching seal of approval to foods -- especially to those foods we'd like to eat lots of. But the truth is that most foods are neither "good" nor "bad," and to make better decisions relating to nutrition and health we have to accept that nutrition and health issues are rather complex, but well worth digging a little deeper into.

If you want to have a clearer idea of what you're eating, read the ingredient list and nutrition facts, regardless of the atmosphere created -- or the claims to health -- on the front of the package.

Read the labels on organic foods as carefully as you'd read any other food label. If the food is full of sugars, fats, salt or calories, it should be viewed as a dessert, and should be eaten in moderation.