Can Bill Halter even force a runoff against Blanche Lincoln? 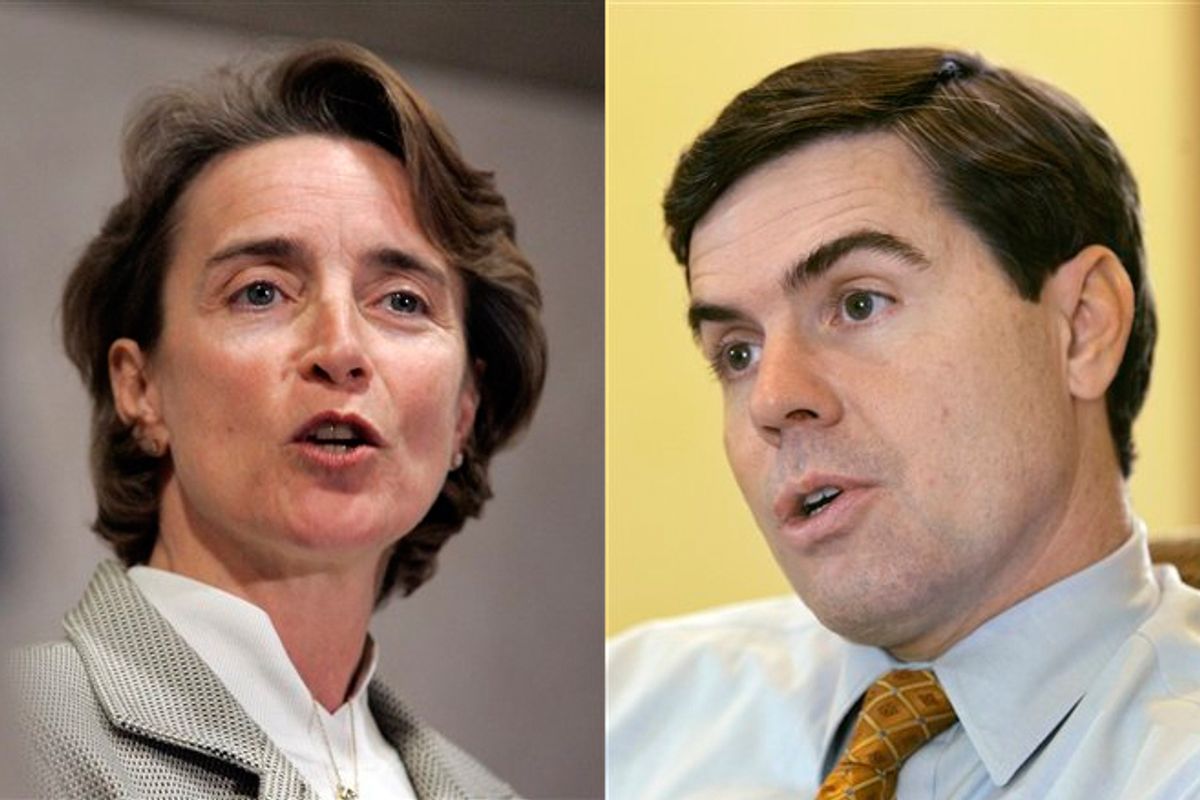 U.S. Sen. Blanche Lincoln, D-Ark., speaks at a candidate forum in North Little Rock, Ark. Lt. Gov. Bill Halter is shown during an interview in his office at the state Capitol in Little Rock, Ark.
--

When Bill Halter entered the Arkansas Senate primary in early March, progressive activists around the country got excited about the possibility he would take out Blanche Lincoln. A week before the election, though, the only real drama seems to be whether Halter can even force a runoff.

Word from Arkansas is that private polls continue to show Lincoln flirting with the 50 percent mark that she'd need to win next Tuesday's primary outright, without getting into a runoff. Halter allies hope all the people who say they're backing businessman D.C. Morrison (running as a sort of "pox on both their houses" longshot) in polls actually do show up, because that could help hold Lincoln's total down. But the relentlessly negative tone of the TV ads in the campaign, coupled with Lincoln's realization that she actually had a fight on her hands, appears to have helped her consolidate her base while alienating people from Halter a bit.

How voters perceive the two candidates could complicate Halter's efforts to win over undecided voters in the last week. Between 10 and 20 percent of the electorate is still on the fence, but if voters have a generally more positive view of Lincoln than Halter, they may not break for him in large numbers.

Generally, though, things appear to be stuck in stasis in the race -- which is bad for Halter, who started off trailing in the polls and hasn't been able to make up as much ground as he needs to. The public survey Monday by Mason-Dixon showed Lincoln leading 44-32, with 7 percent going for Morrison. (One neutral Arkansas Democrat doubts Morrison will draw that much: "Do you actually get in your car and wait in line and vote? You really gotta be hating these other guys to do that.") Halter supporters took issue with that poll's methodology. But if you're quibbling about how people reached the conclusion that you're losing a week before the election, chances are you're still losing.