Fear of tainted romaine got you down? Don't worry! Cooking makes it safe and delicious 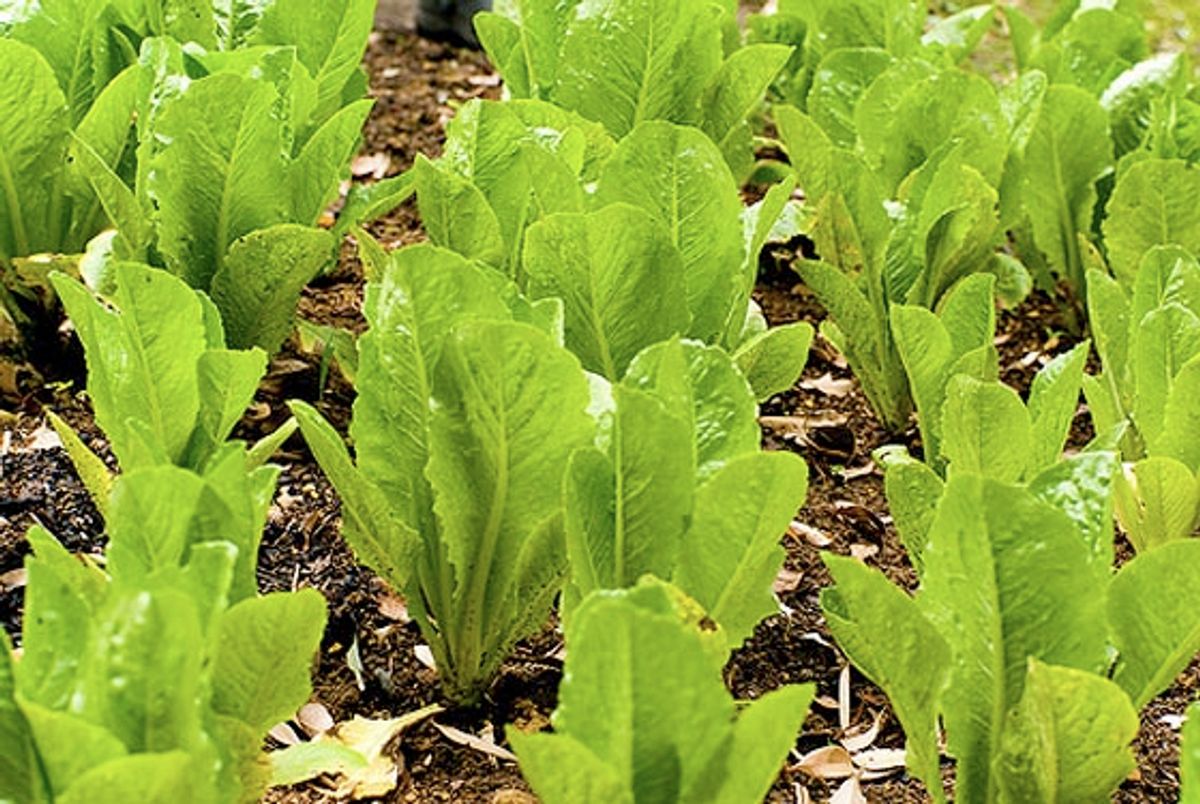 Hey, romaine lettuce fans! It's been a tough week for you, I know. First there was a little recall of the stuff for that irritating kidney-hating bug E. coli 0145, then there was a different, precautionary recall, and now, as of yesterday, tainted lettuce was making people feel a way they don't ever want to feel again in 23 states. It's like Caesar's revenge. "How dare you keep throwing your stupid grilled chicken breast on my salad!" the ghost of the great emperor (OK, of the Mexican restaurateur) thunders.

The good news for you, though, is that none of the recalled lettuce was sold to retail grocery stores, so you probably don't have any at home. (Instead, it's poor kids eating in school cafeterias waking up in the middle of the night wondering what fresh hell is this.)

And the better news is that it's time to get you acquainted with cooking lettuce. Thorough cooking (not washing) can destroy E. coli, which tends to affect foods superficially, unless they're ground up like burgers ... wait, what's that? Stop your eeewing! Cooked lettuce is good stuff, a new way to think about vegetables we confine to salad.

When I was growing up, we never ate salad. I don't know exactly what it is, but the southern Chinese rarely eat anything raw if they can help it, and so when friends came over, one of the great mysteries of our table was the presence of boiled lettuce (a chef today would call it "blanched" to make it sound sexier). Stop your eeewing! It's great -- the quick cooking wilts the tender leaves into something silky, leaving just the slightest bit of crunch for contrast left in the thicker stems. Dressed with soy sauce, oyster sauce, and maybe a touch of sesame oil, it's smooth magic, savory and just slightly bitter, a grown-up treat. Our cooked lettuce of choice at home was iceberg. I don't know if that was by choice or just what my mom could find in supermarkets back then, but it's wonderful this way.

Romaine works just as well treated to a quick, hot blanch -- maybe better, trading some of iceberg's slippery texture for an earthier flavor. But it was while I was in cooking school that I learned the beauty of slowly braising romaine hearts, turning them melty, sweet and pleasantly bitter, their cells breaking down and soaking up the flavor of good chicken stock. Below, I'll walk you through a couple of really easy, basic ways to cook your lettuce, and if you're really dying for a Caesar salad, I've even got a bone to throw you.

Adapted, roughly, from the Culinary Institute of America, the Professional Chef