Can a child pornographer last longer at Free Republic than a Giuliani supporter?

At the ultra-patriotic Free Republic site, smut peddlers might be more comfortable than moderate Republicans 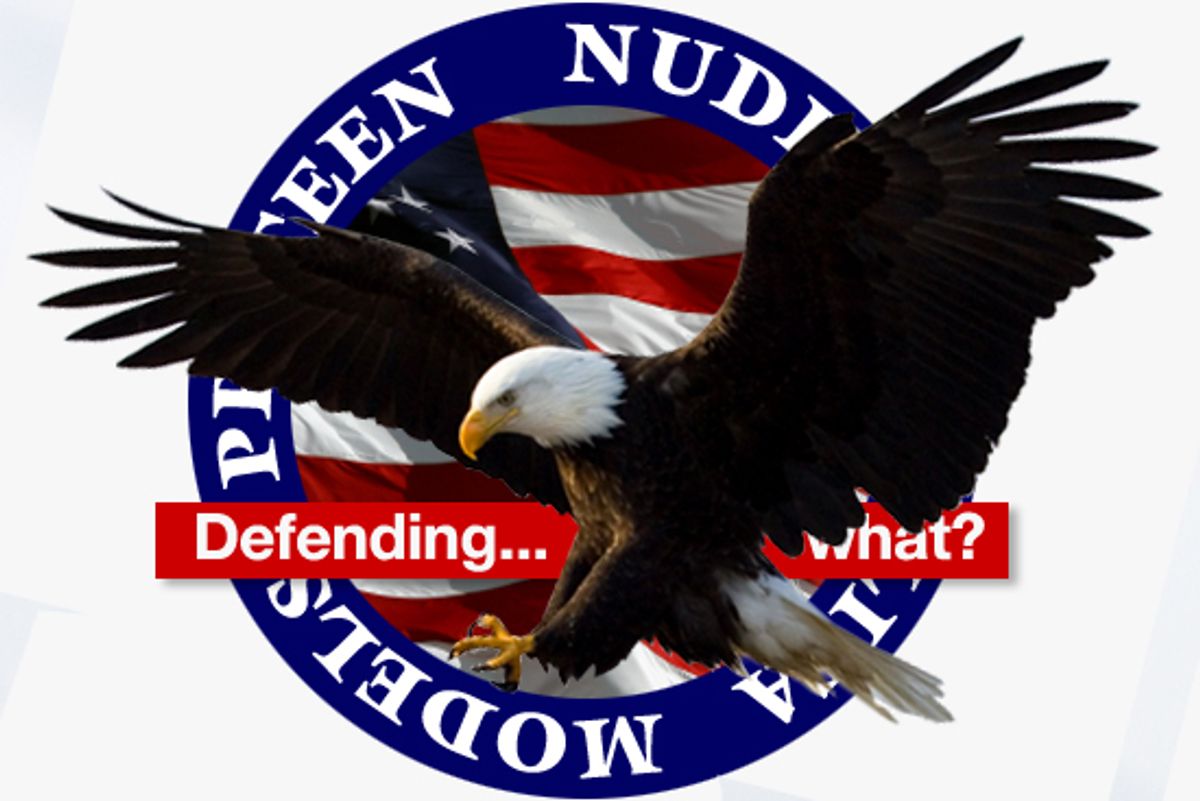 Here's the profile page for Free Republic user "Preteen Lolita." Preteen's been a Freeper since Dec. 28, 2009 -- 4 ½ months of using FreeRepublic.com's page rank to advertise underage pornography without anyone noticing. Now FreeRepublic.com is not hosting or even "condoning" child pornography. It's just that it's so ridiculously easy to set up a profile and get your own FreeRepublic page that apparently anyone can and will do it. Theoretically, someone could do this at Kos or OpenSalon. (But, as far as we know, no one has.)

Really, it's just funny that a site that was created for the purpose of hounding Bill Clinton for his moral failings, a site that represents the fire-breathing anti-gay, antiabortion morality police, a site so doctrinaire in its vision of conservativism that hundreds of users have been banned for supporting Giuliani and even Mitt Romney, is also considered by a filthy smut merchant to be the perfect place to peddle his wares.

Free Republic appears to delete profiles started for spamming purposes (unless user "freehoodia" was "banned or suspended" for some other reason, like supporting TARP), so, again, all we're accusing it of is being somewhat lax in its moderation of the user registration process. In order to see how lax, we started a few Freeper accounts with incredibly suspect names and dummy e-mail accounts. Here's one of them. And another. And if you can find more Freeper profiles that seem to exist solely for untoward purposes, let us know; they ought to know how widespread the problem is.

This is far from the first time that an unsuspecting pervert stumbled upon the site that holds itself responsible for policing the morality of country music artists. Free Republic used to make its referral logs public. And you can see that over the years, hundreds of people have stumbled upon the Internet's most patriotic Web forum by searching for things like "kids sex," "boy sex," and "naked children."