It isn't the star's booty-shaking. It's the behavior of the 44-year-old man on the receiving end 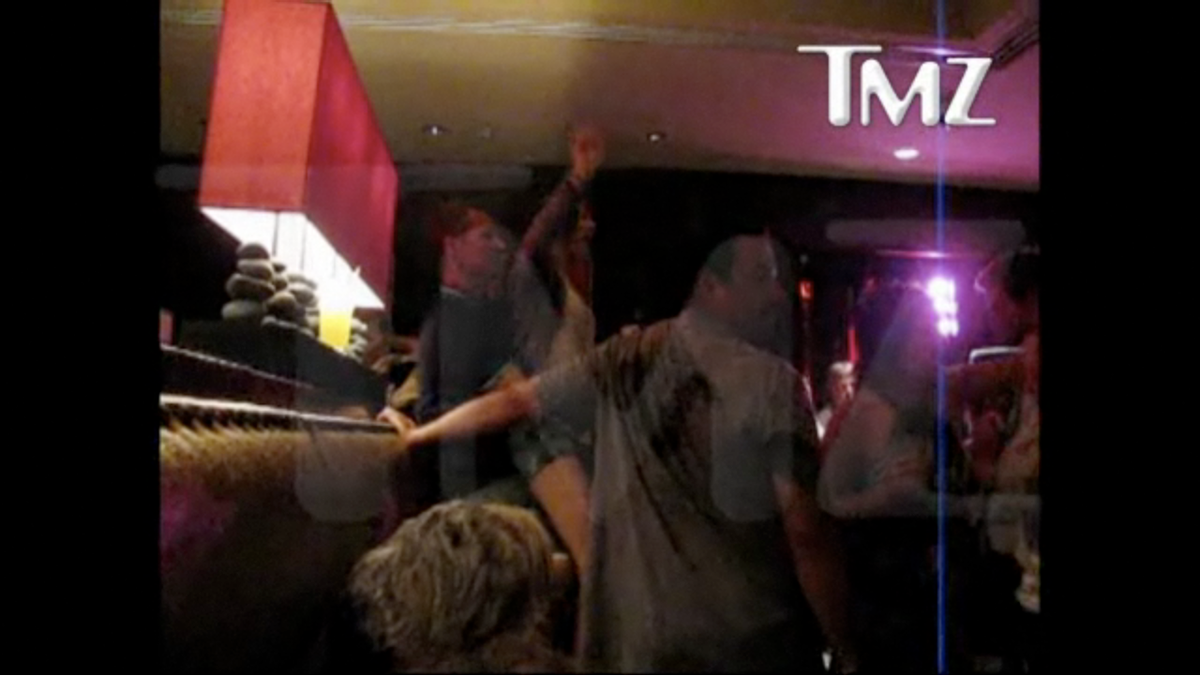 Today, TMZ released footage of Miley Cyrus, then 16, performing a "lap dance" on a 44-year-old man. (Technically, I believe it's a "bump-'n'-grind," but same difference.) The undercover footage was shot during a wrap party for the movie "The Last Song," and the man on the receiving end of her gluteal gyrations is the film's director, Adam Shankman. He's the same guy who caused a Twitter storm last year by posting a photo of himself cuddling up to the teenage star. At the time, Shankman, who is openly gay, defended himself by calling it just a bit of "fun" and describing Cyrus as his "angel little sister." This new video leaves less room for interpretation: There she is, freak dancing with a 44-year-old man to the tune of the Black Eyed Peas' "Boom Boom Pow."

I'm hardly shocked by her behavior in the video, especially in comparison to her latest music video, "Can't Be Tamed," which shows her dancing sexily with several adult dancers. (Let's not forget her pole-dancing debut last year, either.) She is clearly dying to break out of the Disney mold and, like countless 17-year-old girls before her, is anxious to try on the sex kitten role, to play with her sexual power. I remember that age quite well and, believe me, I am not one to pass judgment on her. As for Shankman, though? Now, that's another story. I would expect any reasonable and respectable adult to excuse themselves from the situation -- and, to be clear, by "situation," I mean the 16-year-old girl backing it up into your crotch, dude.

In other news of sexualized underage girls: There is a video making the rounds today of a troupe of 7-year-old girls wearing frilly two-piece burlesque costumes and dancing raunchily to Beyoncé's "Single Ladies" at World of Dance. I dare say their rendition, packed with hip grinding and booty-popping, is edgier than Beyoncé's original dance routine. These girls are obviously very talented, but, like Cyrus, they don't seem to have reliable adults watching out for them.