It's the oldest Congress ever!

Nonagenarians have seized control, and they refuse to retire 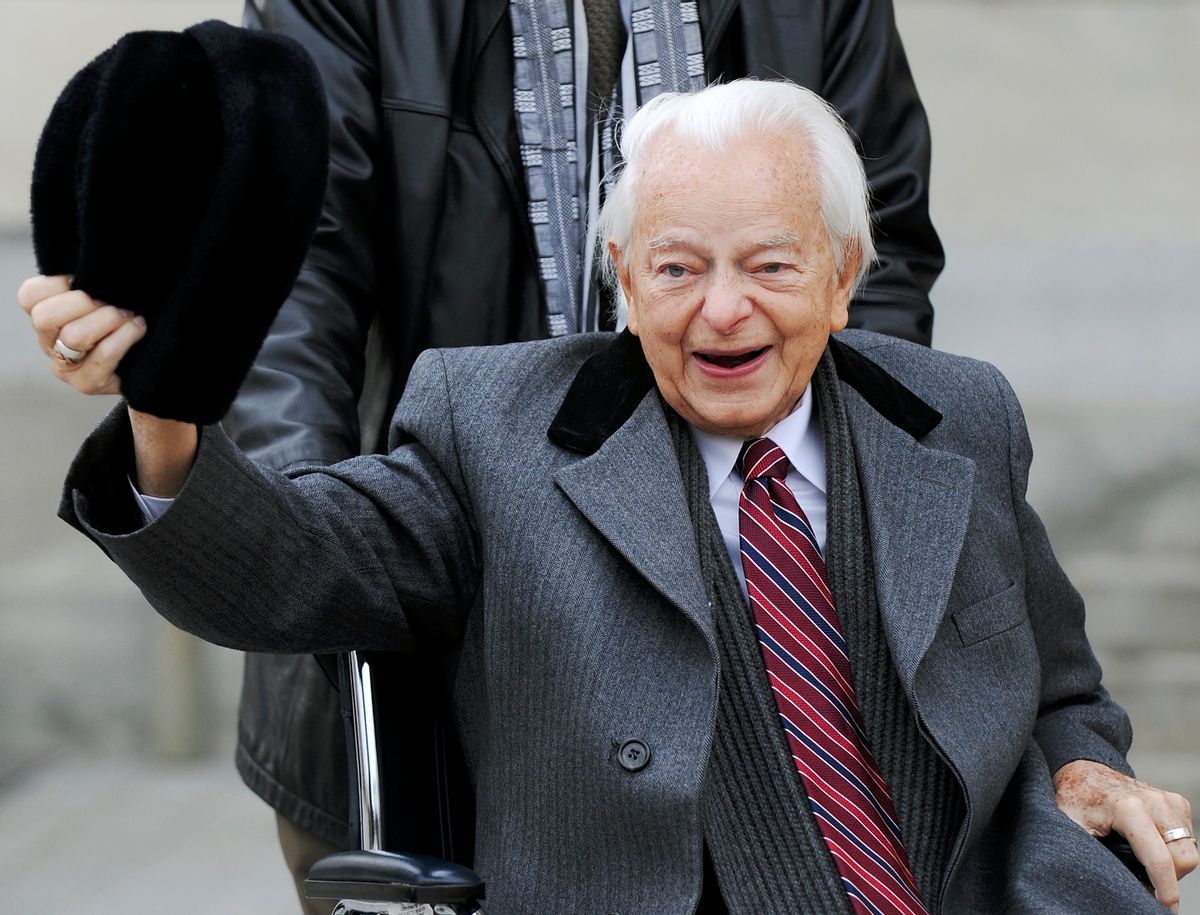 US Senator Robert Byrd (D-WV) doffs his hat for reporters as he arrives at the Capitol in Washington, February 26, 2009. Byrd, 91, is the longest serving member in the Senate's history. REUTERS/Jonathan Ernst (UNITED STATES) (Reuters)
--

It's proven with science: Measured by its average age, this is the oldest Congress ever.

Tucker Carlson's Internet Tendency has a story on how the advanced age of our lawmakers is hurting our nation. (They also have a slide show of "Geeky guys who landed hot women.") It's not pretty.

Robert Byrd is this Congress' Strom Thurmond: Everyone knows he is just not there. He's a  decrepit old body wheeled in to make votes only when he's needed. (He's missed 42 percent of them during this Congress.) This is ridiculous. It makes the Senate even more a joke -- that everyone pretends that increasingly incoherent hundred-year-old men are legislators instead of just names on ballots and collections of longtime staffers.

Congress is already disproportionately white, male and rich -- the fact that power is then apportioned according to seniority is a fantastic reason for widespread cynicism about whether government even cares about issues facing people under 65. (It also doesn't help when the Medicare crowd is whipped up into a hateful frenzy over the myth that someone might touch their socialist government benefits in the name of slightly aiding the younger and less fortunate.)

Here's one of those stories about our old and incompetent legislators that no one hears until the man in question finally retires or dies:

Sen. Jim Jeffords, 72 when he retired, admitted to memory loss and was widely suspected on Capitol Hill to be suffering from Alzheimer's. He once wandered over to the House of Representatives where, after several minutes, lawmakers told him: wrong chamber.

Oh, he was widely suspected of being incapable of doing his job, huh? It's a good thing no one reported this!

To be fair to our ancient rulers, Frank Lautenberg still seems sharp. And while it's an open secret that South Dakota Sen. Tim Johnson is not all there since his brain injury, he's only 63.